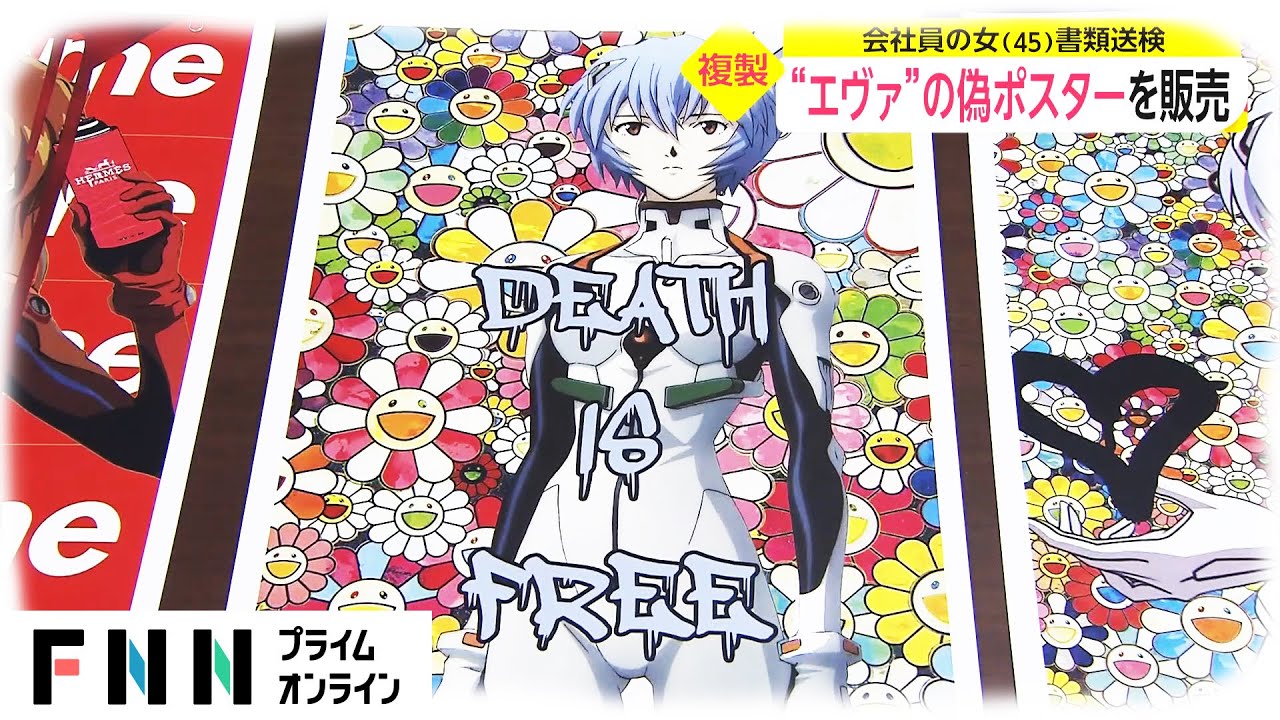 A 45-year-old woman in Tokyo recently landed in some hot water after selling a suspiciously expensive bootleg Evangelion poster. The officer worker by day managed to sell one of the bootlegs for ¥7,900 (about $76) to a 60-year-old man at a flea market, and now she’s under investigation by the Kanagawa Prefectural Police Department’s Yokosuka precinct.

This particular poster featured Asuka front and center, but a search of the woman’s home uncovered 52 additional bootleg posters, the majority of which were Evangelion themed. You can see one of the samples above—with Rei Ayanami plastered on top of a ripoff of Takashi Murakami art—as well as more in the video below.

The woman admitted to the charges of violating copyright law, and she told investigators she bought the posters in bulk online from an American artist. The posters were apparently printed and then resold at inflated prices, pulling in around 1.2 million yen in total since the beginning of summer 2020. That adds up to about $11,600.

One commenter said, “[45 and 60-something.] Aren’t they a little old to be getting into this kind of trouble?” Another added that the “style of those posters doesn’t fit with Evangelion at all,” which isn’t wrong.

Ripping off two creators at once? All we can offer this particular bootlegger is a heavy sigh and a disheartened “good luck with that.”