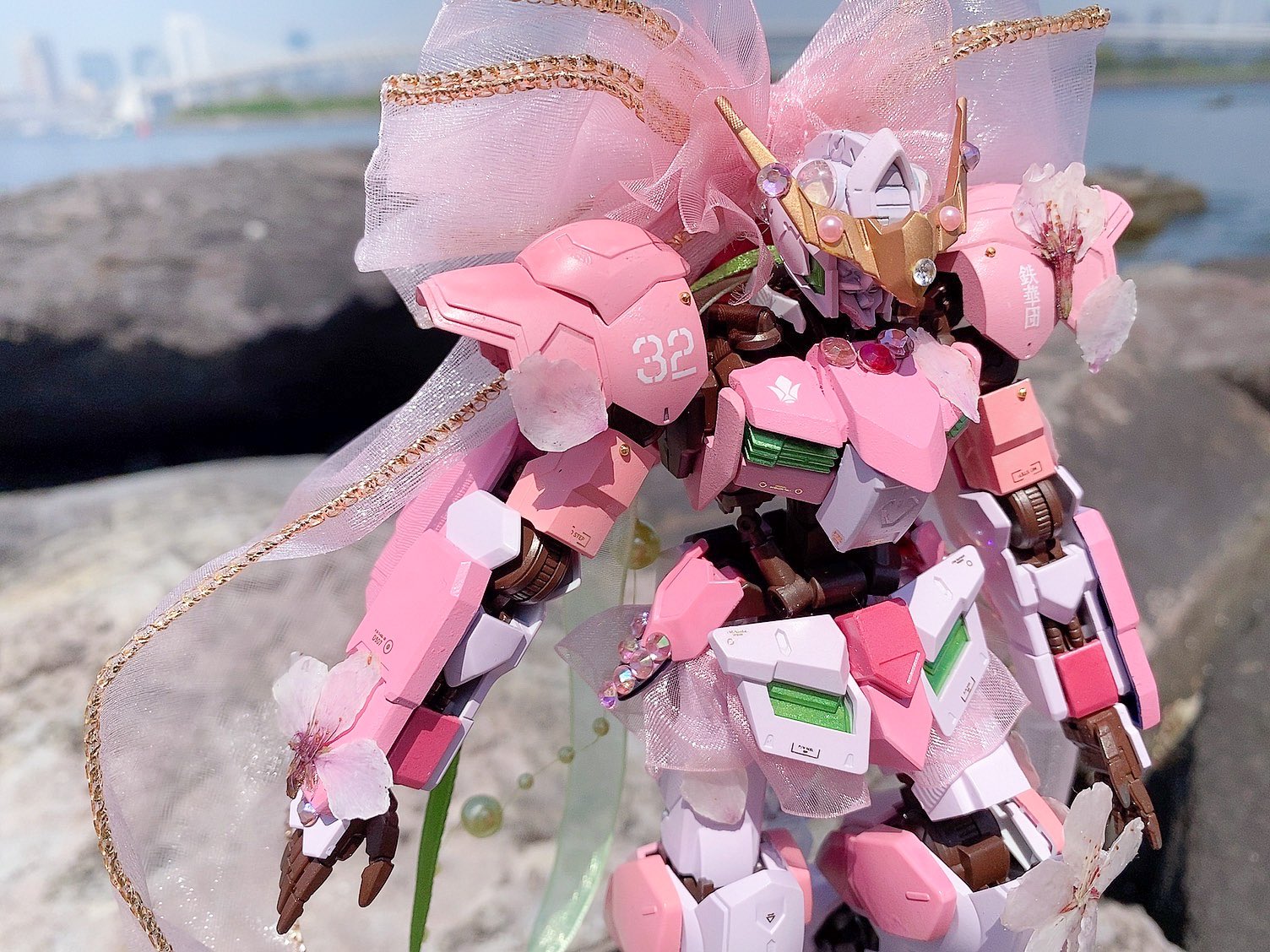 Minamo, who goes by @32_Archangel on Twitter, is really into Gunpla, or Gundam plastic models. You can make the models exactly the way they are, or you can add to them. She has decided to creatively add to them, such as this example of the ASW-G-08 Gundam Barbatos (seen in Mobile Suit Gundam: Iron-Blooded Orphans) decked out in pink and sakura blossoms (not the way seen in Mobile Suit Gundam: Iron-Blooded Orphans). There’s a reason why Minamo refers to her creations as “kawaii Gunpla.”

This festively pink look is pinned as her top Tweet.

She also took one of her Gundam models to visit Tokyo’s the life-size Unicorn Gundam Statue. The way the picture is set up, the size difference isn’t as clear.

The Magical Girl genre is very popular in anime and manga, so as long as Minamo was going for the kawaii look, she decided to go for the look of a Magical Girl Gundam as well, down to the heart-shaped wand.

She recently shared these different examples of her work, leaving a note in English asking for people to follow her. Right now she has just short of 9,000 followers, but if more people check out the amazing details she puts into her Gundam, odds are she’ll get a lot more.

And she has promised to keep up with her kawaii creations, as seen here:

Do you have a favorite kawaii Gundam as seen here? If you were going to redesign a Gundam, how would you do it?