The Vault of Error: Wasted XIII 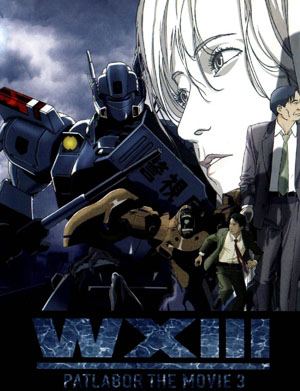 The near future: A cargo plane crashes in Tokyo Bay, scattering debris as it plummets from the sky.  Among the wreckage is a ruptured container belonging to a biological research firm—a container that seems to have been torn open from the inside out. Some time later, a string of mysterious murders plagues the shoreline. The late night attacks target construction Labors—heavy-duty humanoid robots designed for industrial work. The police believe these are acts of eco-terrorism or the work of a serial killer. Little do they suspect that the true identity of the culprit and the interference of conspirators seeking to conceal their crimes add up to something far more sinister.

Welcome to The Vault of Error. Today’s offering: Wasted XIII, aka Patlabor the Movie 3, a forgotten gem released to American home video in the year 2003, during an age when DVD was king. And Geneon Entertainment was a wealthy vassal vying for that king’s attention. And stores like Sam Goody and Suncoast Motion Picture Company were the king’s castles. And the anime fans were loyal serfs, ready to fill the king’s coffers with the fruit of their labor. But that heroic age is over, the lances and pennants set aside, the discs of olden days gathering dust on my shelves. New technologies and harsh economic realities swept the kingdom like the Bubonic Plague. The king is dead, long live the king—and the court jester isn’t looking too well, either.

I don’t know where that extended medieval metaphor came from; it has nothing to do with giant robots or police procedural. 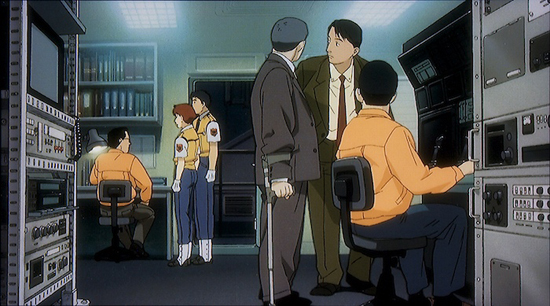 It’s a sad fact that despite the best efforts of the industry and the fans, and despite the commercial release of all the movies, OVAs, and television episodes, Patlabor: The Mobile Police never caught on in America. Studio Headgear’s premise for Patlabor was simple enough: imagine the development of giant robots (“Labors”) as everyday tools in a not too distant future. Then observe the exploits of Special Vehicles Unit Section 2, the B-squad team of misfits tasked with policing Labor-related crime. Patlabor chronicled Section 2’s misadventures through situations both serious (terrorist attacks, military coups) and mundane (dealing with a stray kitten, trying to order take-out for a legion of hungry public servants marooned on a patch of reclaimed land in the middle of nowhere). Patlabor wasn’t so much a mecha show as a police procedural. With talent like Mamoru Oshii directing and Kazunori Ito writing, it excelled at both comedy and drama, despite being something of a redheaded stepchild within the science fiction genre.

Wasted XIII is thus the redheaded stepchild of a redheaded stepchild. Ostensibly a Patlabor property, the lovable crew of Section 2 barely appear in this film. Instead, the story focuses on Hata and Kusumi, a pair of flatfoot detectives investigating the killings who discover that the murderer is actually a man-made monster on the loose in Tokyo Bay. And if Patlabor proper mixes comedy and drama within the science fiction genre, Wasted XIII is a mingling of subgenres. There are elements of neo noir, environmental allegory, and 1950s style creature feature, all rolled into a single film. Wasted XIII’s screenwriter Miki Tori is not Kazunori Ito, and director Fumihiko Takayama is not Mamoru Oshii, but Tori and Takayama combined are an acceptable substitute, and Wasted XIII functions perfectly well as a side-story set within the Patlabor universe. 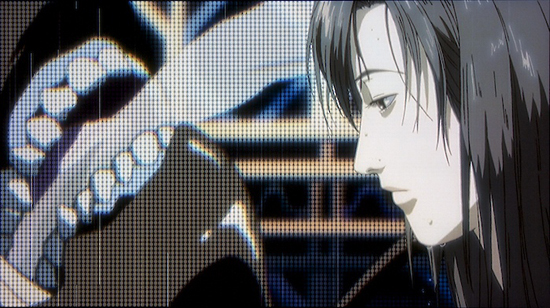 I bought the special edition of Wasted XIII in a more extravagant time, when spending $65 retail for a single movie and two discs of special features (including the ineffable Mini-Pato specials) seemed like a reasonable course of action. Nine years later, I don’t regret the purchase. I liked the film when it first appeared on home video, and revisiting it years later with a more mature outlook yielded a rich cinematic experience. I savored all the subtle layers of nuance—the political infighting, the backbiting, the betrayal, and the bureaucracy—that I didn’t fully appreciate the first time I watched Wasted XIII. I reveled in its nihilism. I thrilled with horror when the rampaging monster—a mutated mudskipper with several disturbingly human qualities—chowed down on innocent bystanders. I squirmed in pathos when the monster met its tragic, senseless, violent end. In many respects, this film is what the Korean live-action film The Host purported to be: a monster movie for a modern era. And for that, I raise a flagon of mead to you, Wasted XIII, and toast the health of your valiant sons and daughters, that when they venture into the dragon’s lair, they might smite the enemies of Man with impunity and retrieve the long lost treasures placed there by the hands of-