The Vampire Dies in No Time Manga Inspires TV Anime 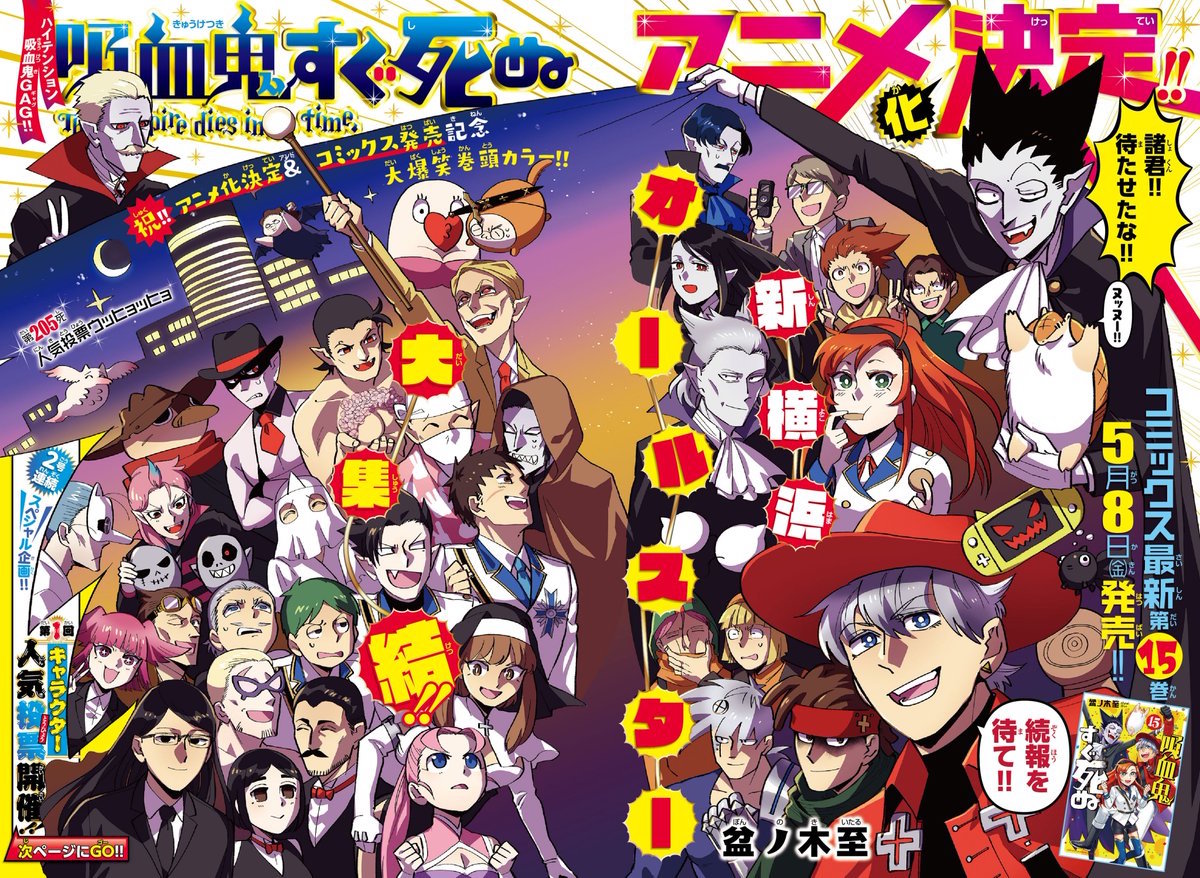 We may be in the midst of a bunch of anime delays, but that hasn’t stopped new series announcements from being made. The latest comes from the new issue of Akita Shoten’s Weekly Shonen Champion, which revealed plans for an anime adaptation of Itaru Bonnoki’s gag manga The Vampire Dies in No Time.

The series has been running in Champion since 2015 and has thus far been collected in 15 volumes, with the newest to launch in Japan on May 8. The manga author said their childhood dream has come true with this announcement, and thanked fans for all their support.

As for when to expect the anime, we’ll have to wait for further details.

the vampire dies in no time 1