As an otaku, or just a regular anime/manga/Japan-obsessed nerd, the holidays present a seemingly golden opportunity to introduce friends and relatives to your hobby. This is your chance to reach out to people. You are (practically) an ambassador of Japanese pop culture. Don’t mess up by getting the wrong gift for the wrong person on your list!

I asked the internet for suggestions for the case studies below, many of them based on real-life gift buying scenarios. (Every year my husband insists on buying manga for his coworkers and their children, none of whom actually read it.) I also got input from Caleb Dunaway and our Otaku USA music expert, Zac Bentz. 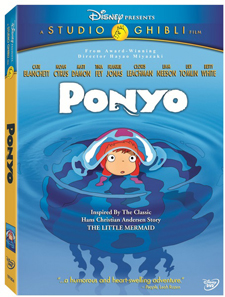 Your 4-5 year old niece or nephew

My suggestion:  Ponyo! That movie was obviously for 4-5 year olds. During the climax of the film the protagonist takes a nap. If you want to make it a double feature, pair it with Panda Go Panda. Adults in the audience can compare the two films, and Panda has catchier music.

Caleb:  For the unimaginative response, My Neighbor Totoro or possibly Kiki’s Delivery Service.

The Internet suggests: “Cowa!, Yotsuba&!” – suggested by Shannon Fay. I think these are great reads for beginning readers. Cowa!, by Akira Toriyama, is absolutely wonderful.

Chi’s Sweet Home was suggested by a lot of my survey responders, but one of them has tested the book in the field: “[Chi’s] is loved by my 4 year old niece and 7 year old nephew,” an anonymous Dave writes. “In fact it’s the only book they’ll let people read to them.”

Zac suggests: The child-like sing-along nature of Mini-Moni would be perfect, though maddening to parents. Also maybe the Kiki or Totoro OST. 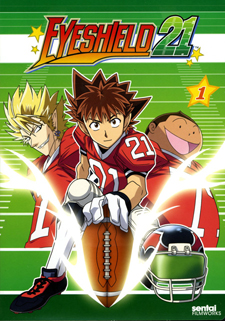 My suggestion: A 1-year subscription to Shonen Jump magazine! (Or, you know, Otaku USA magazine but that’s kind of a conflict of interest.) Seriously, short of buying that kid tons of manga or DVDs, Shonen Jump’s US edition is a great way to broaden their horizons (if only slightly) and it’s aimed at their core demographic. Plus, at $35 a year it’s cheap compared to a video game. Get them the current issue and gift wrap it with a note. This is also great for girls the same age. It’s sad that Shojo Beat isn’t in print anymore. 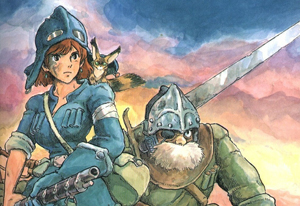 My suggestion: There are a lot of ways you could go with this one, but I suggest Beauty Pop. It’s got kind of a “WTF“ factor as a competitive hairstyling manga, but I like the tomboy-ish protagonist and the gaggle of cute boys. I also think it’s fairly mainstream in scope. Anyone who’s watched a makeover show will get the gist of the story right away.

The Internet suggests:  “Nausicaä of the Valley of the Wind (manga),” from anonymous – This is obviously much classier than my suggestion, and also it’s my favorite manga of all time.

Another favorite suggestion: “Hitman Reborn. Young Girls like that right?” – konman. Honorable mention:  “Girl Got Game” – although it may be hard to find.

Zac suggests: Bands like Puffy Ami-Yumi and The Brilliant Green encapsulate both high-fashion and heartfelt music along with pretty rad female singers. 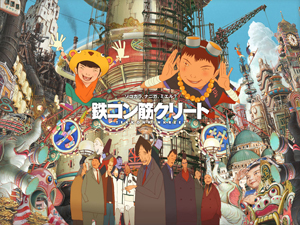 A college kid in a snobby art or film school

My suggestion: Paprika! Or Paranoia Agent if you can find it. Every kid in art or film school ought to see Satoshi Kon’s works. If Mind Game was available legally, that’s a dead ringer for this category. I’d also recommend the Tekkonkinkreet manga.

The Internet suggests: Several contributors also suggested Paprika or Paranoia Agent or Tekkonkinkreet. Some other good suggestions were: “Sayonara Zetsubou-Sensei, Honey and Clover” – which are about college life, and my favorite answer: “Criterion Collection editions of Kurosawa’s entire filmography”. Daaaaaaamn. Fortunately you can get ‘em all in one box. In fact, save your tuition money and watch that box and it’s like going to film school.

Zac suggests: Ogre You Asshole has a name that any snobby college kid would be eager to name-drop, and World’s End Girlfriend has a very crazy/sound-tracky sound. 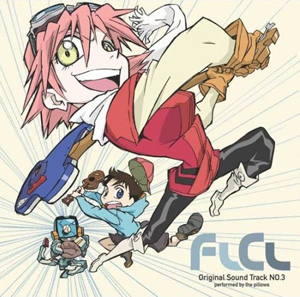 “I’ve only seen Fullmetal Alchemist on Cartoon Network. What else is good?”

My suggestion: Have they seen Moribito yet?! It was on Cartoon Network, but it’s much better to marathon. Plus you can get the whole set for under $30. While you’re at it, get this friend other Cartoon Network crowd-pleasers like Samurai Champloo, Cowboy Bebop, Ghost in the Shell Stand Alone Complex and The Big O. If they’re ready to move on, maybe it’s time for Neon Genesis Evangelion.

Caleb: What does the guy who only watched Fullmetal Alchemist like about the show? The action? The humor? The way the series delves into social issues, assuming he’s talking about the original, Seiji Mizushima-directed series and not the Brotherhood relaunch (which I haven’t seen)? Or does he just think Winry was hot and wants to find more stuff with hot chix?

The Internet suggests: “Last Exile, The Vision of Escaflowne, Samurai 7 (While there are other titles, they might be too far removed from FMA.)” – Anonymous.

Zac suggests: Have you heard The Pillows? 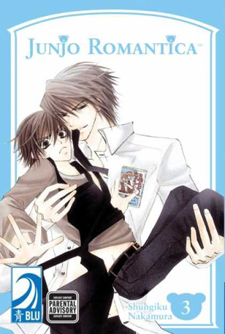 A young lady in her 20s who owns a yaoi paddle

My suggestion: Junjo Romantica just came out in a sweet box set, but this young lady probably already owns it. I’d recommend any manga by Est Em.

Caleb: The fake answer is La Cage aux Folles, but really its closest manga equivalent, From Eroica with Love.

“MW and To Terra. She needs to see some darker and classier hotness.” – Melissa T.

Zac suggests: Just about any vis-kei band would do, as well as guys like Gackt who like to run around shirtless with their band-mates. 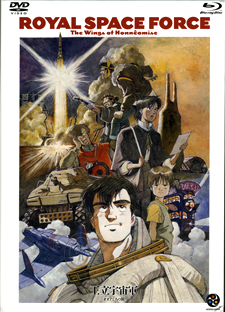 A 30-year-old dude with a Blu-ray player

My suggestion: If I had a Blu-ray player, I’d get Akira first, so they probably already own it. Failing that, how about The Wings of Honneamise?

Caleb (suggesting from the future): Redline. If/when it arrives on BD.

The Internet mostly suggests Akira, worded best here: “Akira, but reasonably any 30-year-old with a Blu-ray will already have every anime worth having on Blu-ray.” – anonymous

Other good answers: “A subscription to Netflix.” –  anonymous

“Sword of the Stranger. Although on the long side [the] movie is beautiful and follows a typical samurai story and is super violent and manly.” – konman

Zac suggests: Since you like technology and have disposable income, check out Polysics, Boom Boom Satellites, Omodaka and Plugnet. Music from the future!

My suggestion: I was just going to ask Erica Friedman this question on Twitter. On the American scene, Dykes to Watch Out For is now available in a huge compilation.

“Utena duelist ring” – anonymous (I bet you could commission one on etsy.com or deviantart.com if they don’t exist already.)

“The Kodansha bilingual edition of Tale of Genji” – anonymous

Zac suggests: Since you have a certain world-weary and refined (dare I say “mature”) taste, go for Buck-Tick. Sure, they’re all dudes, but super sexy is super sexy, you know? 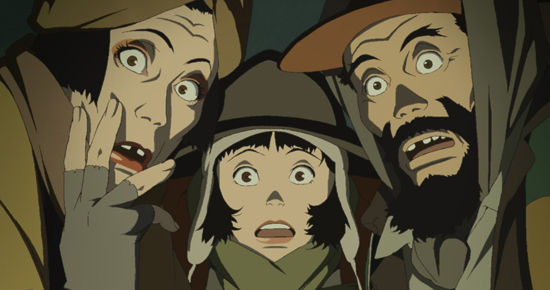 Your parents, or for bonus points, your grandparents

My suggestion: I’ve tried to get my parents to watch My Neighbors the Yamadas and Tokyo Godfathers, but they didn’t pay attention to either one.

The Internet suggests: Genshiken. “Sorry, this is really how I turned out. It’s not you, it’s me.”

My parents love X-files & Twillight Zone, so I’d go with Paranoia Agent or Pet Shop of Horrors. Those are probably terrible answers, sorry.

I think my grandparents would like something cute, but not TOO kiddy. How about The Girl Who Leapt Through Time? Funny, cute, romantic.

Other great answers: Millennium Actress (Kichara), Only Yesterday (anonymous), “Personalized chopstick sets; comfortable haori jackets. (I did this, they loved it)” – (anonymous) 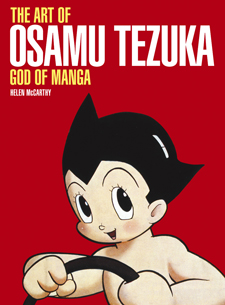 My suggestion: Are my parents reading this? I want a Japanese mahjong set. This site has some for under $50. If you really want to surprise the otaku on your list, get them a nagashi somen machine.

The Art of Osamu Tezuka: God of Manga (specifically the included documentary DVD, “Secret of Creation”) — Evan Minto (This is a great gift for anyone on your list.)

Late Spring (1949) Yasujirou OZU (Something non-anime for the person who has seen everything in anime.) – anonymous

“30 Rock, because it’s awesome, quick to watch and because the only thing they haven’t seen recently is something non-anime.” – anonymous (Oh Internet, you know me too well!)

Zac suggests: Since nothing will ever be good enough, try Ling Tosire sigure or Midori. At least they will made your friends cower in fear.