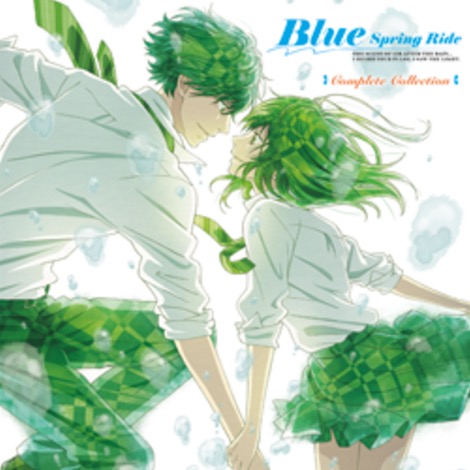 Everyone has something they wish they could do over in their life. Whether it’s an unrequited love or not, a “reset” button wouldn’t hurt, but people change, and second chances rarely work out how we expect them to. Futaba Yoshioka is about to find out that and much more in

now available on Blu-ray and DVD.

In junior high Futaba had a thing for a boy named Kou Tanaka, but he moved away before she had a chance to tell him how she felt. She was already ostracized by all the other girls for attracting the attention of all the boys, but she only had feelings for Kou. Considering how things went during those years, it’s no surprise that Futaba wanted to mix things up upon entering high school.

Futaba attempts to fit in with the other girls by acting sloppier and less ladylike than she really is, and it works! She actually has friends now, but the past comes crashing back when she runs into Kou again. It would be nice if she could pick back up where she left off and confess her love, but Kou has changed immensely. Now Futaba has to find out if he truly has no feelings for her now, or if it’s her that’s changed so much that they’re no longer compatible.

Based on the shoujo manga by Io Sakisaka, Blue Spring Ride is directed by Ai Yoshimura (My Teen Romantic Comedy SNAFU), with Tomoko Konparu (NANA) on series composition at Production I.G. Get ready for a hearfelt series about young people rediscovering themselves and each other in