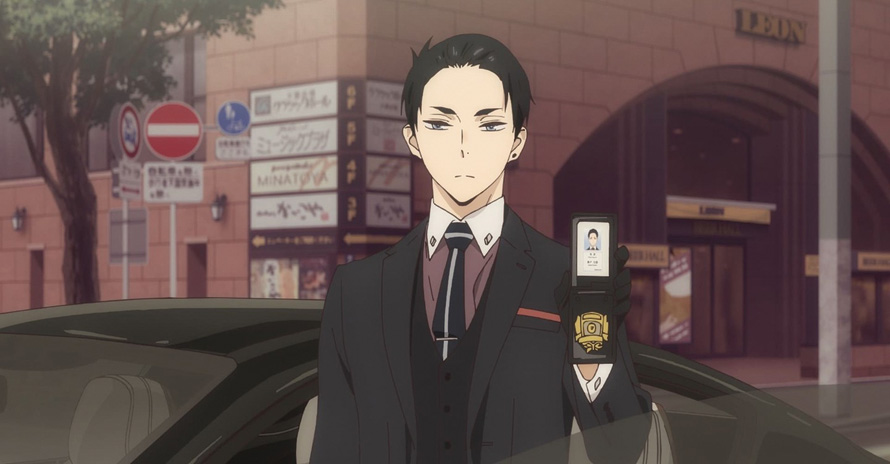 The spring and summer 2020 seasons have been rough on anime, especially those just starting out. Some that were only an episode or two in were cut down in their prime, having to rely on the good-will and patience of viewers to hang on after only a handful of episodes. One of the most swiftly stopped was The Millionaire Detective Balance: UNLIMITED—with two episodes broadcast before everything had to shut down.

If there is any good fortune to this, it’s that The Millionaire Detective is a police procedural. In other words, it can (and must) deliver stand-alone stories once a week, with a core cast you can figure out quickly and a solid guest cast that can be here one week and gone the next. If it weren’t for that storytelling style, the delayed Millionaire Detective might have lost its momentum over the necessary hiatus. But, even with such a short start, it built up a decent head of steam with which to carry itself forward. 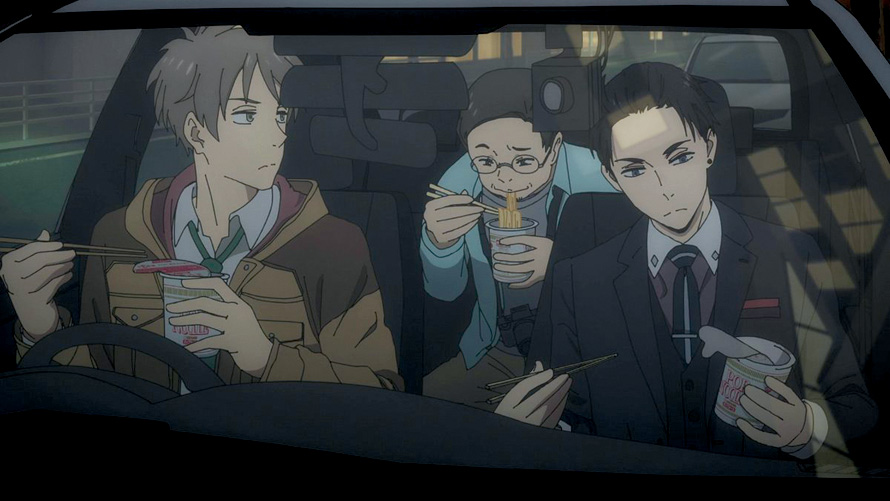 The anime hails from the works of award-winning author Yasutaka Tsutsui, whose books Paprika and The Girls Who Leapt Through Time have also received adaptations. This is The Millionaire Detective’s first foray into anime after manga, radio, and TV turns. So far it’s serviceable, but anime does seem to be an awkward fit for these stories—at least at the outset.

The Millionaire Detective presents the basic, enduring buddy cop setup: two new partners disagree about the basic tenets of policing, but have to work together nonetheless. Quick-tempered Haru Kato is all about justice and protecting the innocent, so when Daisuke Kanbe (the aforementioned “millionaire detective”) is paired off with him, things get hairy quickly. 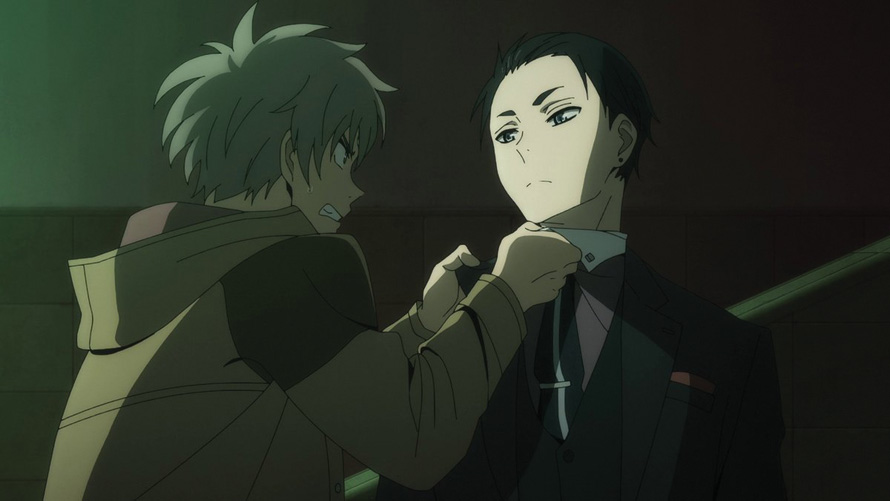 Kanbe’s approach to everything—literally everything—is to throw money at it. Reticent witness? Throw a few million yen at them. Crime going down in a building? Buy the building. He’s also equipped with modern tech of Tony Stark levels, complete with his own AI butler named HEUSC. And HEUSC reminds us, after every major purchase, just how Kanbe can get away with spending like this: his bank balance is “unlimited.” Don’t expect to find out why or what that means; just know Kanbe can spend without fear.

The animosity between Kanbe and Kato is amusingly one-sided, with Kato being angry enough for both of them. He’s the only one who seems to take offense to the new recruit’s methods, preferring ethics over “whatever gets results” and looking for places to poke holes in Kanbe’s methods. Kanbe himself, meanwhile, casually shells out the yen with very little concern for what anyone thinks of said methods. 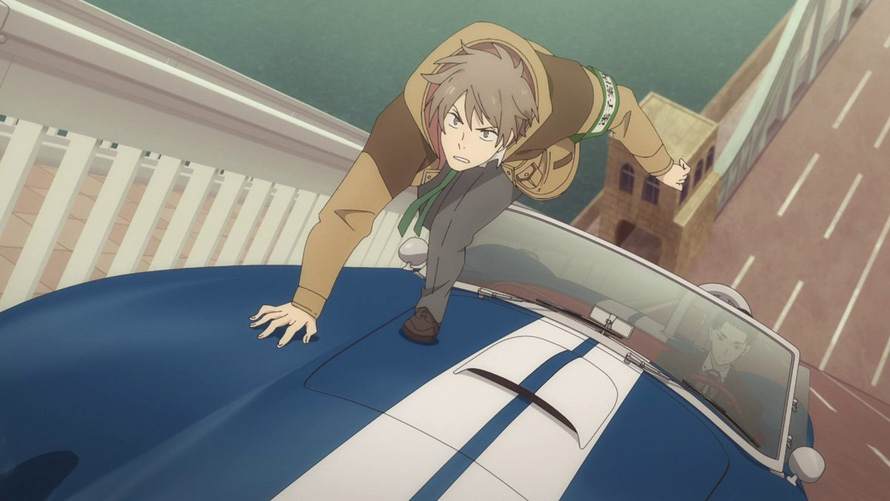 The merits of the series hinge less on Kanbe and his shtick, and more on Kato and his reactions to it. Kanbe will be what he will be, and audiences will find it funny, cool, and unsettling in varying degrees. “Policeman who throws money at problems” is a much harder sell in 2020 than it might have been when these stories came out in the 1970s, and timing may end up working against it more than just in terms of the spring and summer hiatus.

That aside, The Millionaire Detective does establish itself early on as, if not an instant classic, then at least worthwhile enough to keep an eye on. It’s at its best when it leans into things anime can do that other formats can’t—flashy shots from helicopters, for example, or Kanbe’s daredevil antics in the first episode. It courts a stylish aesthetic without ever completely going there, save for the opening and ending themes, but that keeps it surprisingly down to earth. 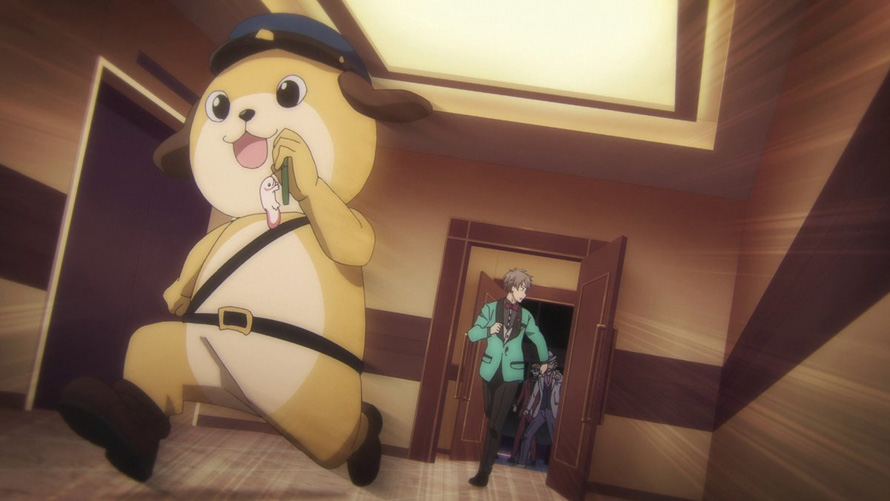 The success of The Millionaire Detective will hinge on whether it can keep things lively. A solid cliffhanger prior to its forced hiatus, plus a pair of decent episodes at the beginning, signal at least a bit of hope. For now, though, it settles into “not bad” territory at best.