The Kingdom of the Gods [Manga Review] 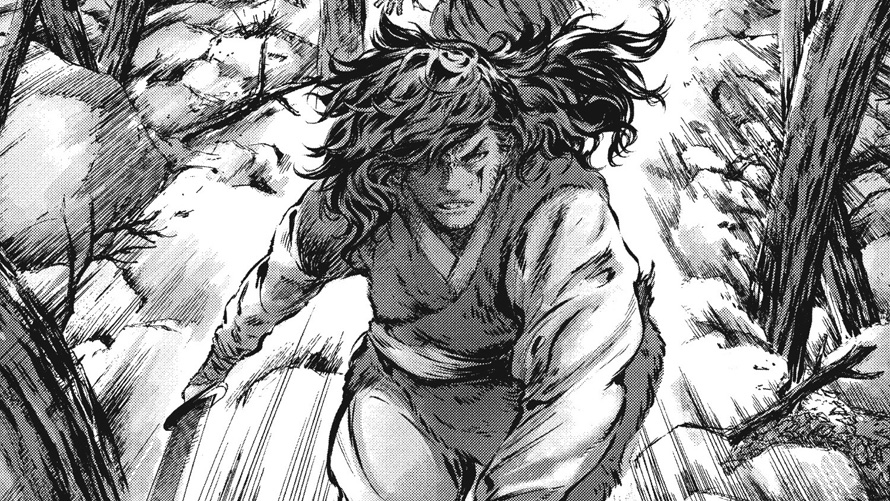 American readers may not be familiar with the names on the cover of The Kingdom of the Gods, but there’s a good chance they’ve come across Kingdom while scrolling through their Netflix queue. The breakout series from writer Kim Eun-hee originally saw life as a webcomic before being picked up by the streaming giant, which took a calculated risk on this tale synthesizing zombie flicks with period drama. Manhwa creators Youn In-wan and Yang Kyung-Il helm this polished adaptation, adding a bonus story that arguably upstages the main event.

Mountain bandit Jae-ha is hired as a bodyguard to Prince Yi Moon for the handsome sum of 60 ryo. The two hit it off poorly, arguing the whole way to Jiyulheon, until they meet a pair of peasants who have resorted to cannibalism during this time of hunger and plague. In the middle of a skirmish with an elite group of assassins, the prince and his bodyguard are suddenly set upon by undead corpses with a ravenous taste for human flesh.

It’s hard to describe the plot any further without spoiling it. Kingdom of the Gods is unusually brief, barely making it through 150 fast-paced pages before coming to an abrupt ending. 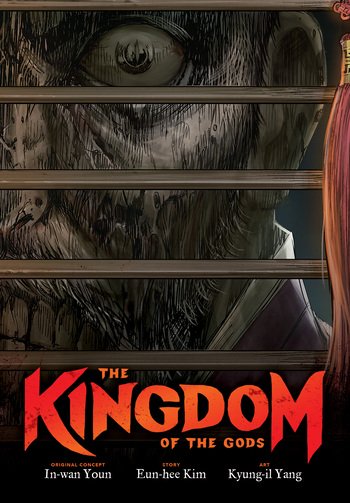 There’s gorgeous ink-and-brush art and an interesting narrative about governmental responsibility in a crisis, but it’s over all too quickly. As if to make up for the main story sauntering off the stage without an encore, the manhwa includes a bonus story, Burning Hell, a straightforward action comic about a Japanese cannibal and a Korean serial killer marooned on an island filled with the worst criminals of their respective nations. While Kingdom hardly pulls punches with the blood and gore, Burning Hell is balls-to-the-wall insane, gleefully reveling in sword fights and gruesome mutilations. An anime adaptation of this is would have lit up a “Craziest Deaths” panel at an anime con, if any studio were still this kind of 1980s OVA-style hyperviolent action.

Although Kingdom gets top billing, readers would be mistaken not to stick around for Burning Hell. The stories don’t entirely mesh; Kingdom reads like a speed-run of the television series, while Burning Hell is too relentlessly outrageous to follow the artful brushstrokes and political commentary of Kingdom. If you’re consuming your reading material in bulk, though, Kingdom is basically a two-for-one deal, and you’re bound to like at least one flavor of comic included.