The Dance Goes on with Samurai Flamenco

What would happen if you got the opportunity to don a costume and battle evil just like all your favorite heroes? Could you make a difference, or would you just end up causing more trouble for yourself and others? While it’s pointless to avoid the obvious comparisons to comics and films like Kick-Ass and James Gunn’s excellent Super, Manglobe’s Samurai Flamenco has a pretty wild tale to tell, and it does so on its own terms in glorious fashion.

Ink provides a nice review of the series in the April 2014 issue of Otaku USA magazine, digging into much of what makes Samurai Flamenco special. It’s definitely about the journey here, and anyone looking for a quick jolt of electricity to suck them in immediately is going to need a bit more patience. Still, at this point, with the show sitting at around 15 episodes, it’s clear it was all worth it. 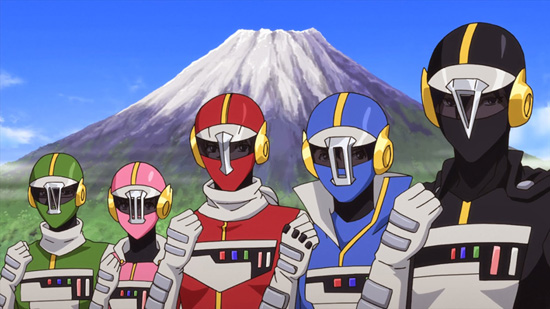 Samurai Flamenco is the vigilante hero story for anyone who can’t get enough of watching rubber-suited monsters explode on a weekly basis. There’s plenty to like here for everyone else, but it should resonate even more with fans of tokusatsu television and movies; if you have an unwavering fondness for henshin heroes and multicolored sentai explosions, this is for you. Our hero, Masayoshi Hazama, is crazy for one iconic champion in particular, Red Axe, and he dreams of following in his footsteps and putting a stop to evil some day. The only problem is his idea of doing so, which, in the beginning at least, tends to leave him beat up in an alley after trying to stop a jaywalker or some other petty nuisance.

Just as Ink mentions, Samurai Flamenco works so well because it takes its time in establishing the characters, from Hazama to Hidenori Goto, a policeman who ends up being the first person to truly help Hazama better himself. Right when you get comfortable with the way the cast grows and the world develops, though, Samurai Flamenco does something to turn it on its head and make sure you’re not too settled. Director Takahiro Omori (Baccano!, Durarara!!, Natsume’s Book of Friends) and writer Hideyuki Kurata (OreImo, The World God Only Knows) are definitely having fun here, but they’ve also done a great job to ensure that Samurai Flamenco isn’t just some throwaway goofball vigilante hero show. 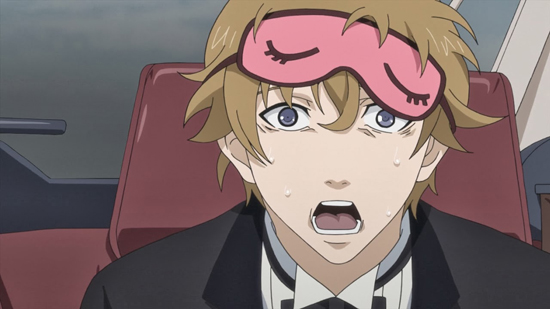 At this point in the series it’s kind of hard to believe how modestly Samurai Flamenco started. I don’t want to go too in-depth here, because this comes recommended to pretty much anyone looking for a fun new show to get hooked on, but things really take a swing when the otherworldly types of battles his heroes fought blend into Hazama’s world, showing him and his allies what it’s really like to be a true defender of justice. While some might not be too thrilled at the turn, I think they pulled it off nicely enough. Samurai Flamenco has its ups and downs, and the production itself doesn’t quite live up to the story it’s telling, but there’s a solid show here that ranks among the best of the year, and I know I’m not the only one who thinks that. 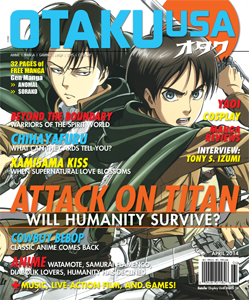 Read our review of Samurai Flamenco in the April 2014 issue of Otaku USA Magazine. On sale now, it also includes features on Attack on Titan, Cowboy Bebop, Beyond the Boundary, and more of your favorite anime, manga, games, and music.

Buy it  from our online store,
or subscribe to get every issue!