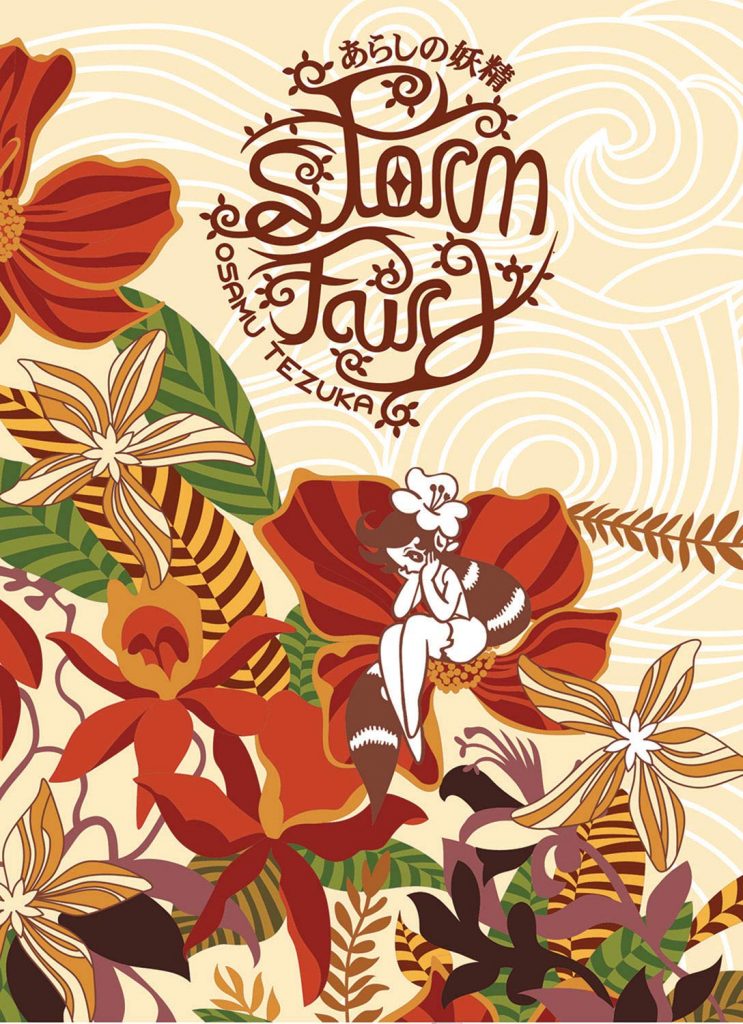 Storm Fairy is a manga collection of three stories by Osamu Tezuka, all originally published throughout the 1950s. It’s one of his lesser-known works, but is important in manga history, and it’s very valuable that it’s been translated.

In the titular story, a fairy who more resembles an old hag witch from European mythology meets with an empress in a desperate scenario. She offers to help the empress, but only if their future children swap faces. The empress, at a loss, agrees. So then the fairy gives birth to a beautiful baby girl, but the empress gives birth to a daughter with a grotesque face. The princess grows up with a mask always over her face, but plotters come up with the idea of putting one of their own in the princess’s place, and no one will know the difference because of the mask. Meanwhile, the fairy’s daughter is supposed to be wicked, but she likes to be pure and sweet instead.

“Kokeshi Detective Agency” stars Pako, a third grade girl who isn’t afraid of anything. She investigates a possible ghost haunting, but by using logic and observation discovers the very non-supernatural explanation to mysteries happenings. She gets involved in various detective games, and Pako really is a winning, charming character.

“The Story the Clouds Told: Pink Angel” is about a sunset cloud anthropomorphized into a girl named Pink. Pink likes to get involved in human dealings and gets caught up in the drama. There are other cloud anthropomorphisms as well, and they’re quite clever.

These are all earlier works of Osamu Tezuka, who is considered in Japan “the God of Manga” for his influence and storytelling prowess. They’re not as polished as his later works, and they can get a little convoluted at parts. That said, this is still a fun read, especially the “Kokeshi Detective Agency.” These stories have Tezuka’s imagination and whimsy, and his artistic tendency to question the status quo.

One of the things that’s especially interesting is that these are all shojo titles, aimed at girls. These days shojo manga are mainly written by women, but that wasn’t the case in the 50s. “Kokeshi Detective Agency” especially shows a strong portrayal of a female character, and these manga are fascinating not only as an early look in Tezuka’s work, but an early look into shojo manga. Definitely a must-read for historians and scholars of manga.

Fairy Storm was funded by a Kickstarter from Digital Manga Publishing and will be available digitally and in paperback on the mass market March 30.