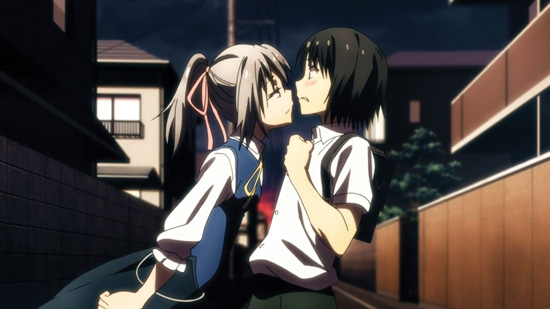 In Taboo Tattoo, a 2016 action TV anime with direction by Takashi Watanabe and animation by J.C. Staff, Justice “Seigi” Akatsuka is an ordinary middle school student with a penchant for martial arts and a strong moral sense in favor of his namesake. He can’t stand it when the strong bully the weak, and so one day when Seigi witnesses a homeless man being assaulted, he intervenes. For his troubles, the mysterious derelict grants Seigi a strange reward: a tattoo that brands itself to Seigi’s palm, fusing with his flesh in an instant. From that moment forward, Seigi becomes embroiled in a cold war between the super-powered operatives of the United States military and the fiendish forces of the kingdom of Selinistan. It turns out that Seigi’s new tattoo is actually the “Void Maker,” a powerful psychic weapon capable of annihilating matter with just a thought, and the forbidden tattoo’s creators want it back.

By himself, Seigi wouldn’t stand a chance against Princess Aryabhata of Selinistan and her elite teams of tattoo-enhanced assassins. Luckily for him, Seigi has an unlikely guardian in the form of the improbably named Bluesy Fruesy, aka “Izzy,” a U.S. Army lieutenant whose pint-sized body belies her exceptional hand-to-hand combat skills. Izzy also sports a tattoo that grants her the power to control air, but there’s a catch. While these special tattoos grant their users psychic abilities and enhanced physical prowess, tattoos aren’t permanently active. Instead, their wielders need special implements called “triggers” to activate their tattoos. Izzy’s trigger is blackboard chalk. Seigi’s trigger is human blood. 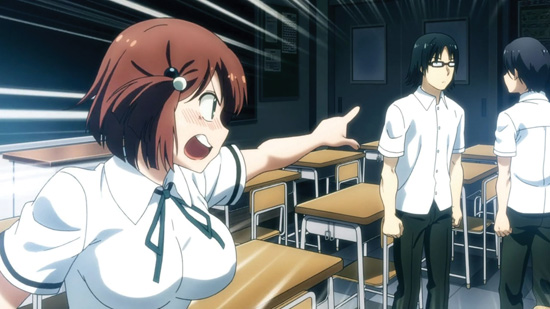 Together, Izzy and Seigi try to prevent Princess Aryabhata from escalating the tattoo arms race into an all-out war. Along the way they face off against a whip-wielding sadist, a murderous waif with the ability to phase through walls and control other people’s bodies like puppets, and a modern day lady samurai whose sword skills and impenetrable psychic shields can slice through nearly anything. How can Seigi and Izzy hope to succeed against an enemy before whom the entire might of the U.S. military is inconsequential? And what exactly will Seigi be willing to sacrifice to pursue his personal vision of justice?

Although at first blush Taboo Tattoo looks like the sort of young adult wish-fulfillment power fantasy that is custom-tailored to appeal to the Hot Topic crowd, the series actually contains a surprisingly sharp sense of humor. I was expecting nothing but doom and gloom and black eyeliner, but instead I got absurd gags that genuinely made me giggle. In the first episode, Touko, Seigi’s childhood friend/classmate who secretly has a crush on him—takes out her romantic frustrations by head-butting a cabbage so hard that it explodes. Later episodes introduce the character of Tom Shredfield, Izzy’s intelligence liaison and special operations handler, who also happens to be an inveterate otaku played by Tomokazu Sugita (the voice of Gintoki Sakata in Gintama). Tom’s tendency to accumulate gruesome but hilarious injuries becomes a running gag throughout Taboo Tattoo, as does his fandom for all things 2D and kawaii, a trait that he shares with nearly every other American soldier in the series. This leads to several humorous scenes that playfully poke fun not only at the “expendable military men” movie cliché, but also at the foibles of the otaku target audience. 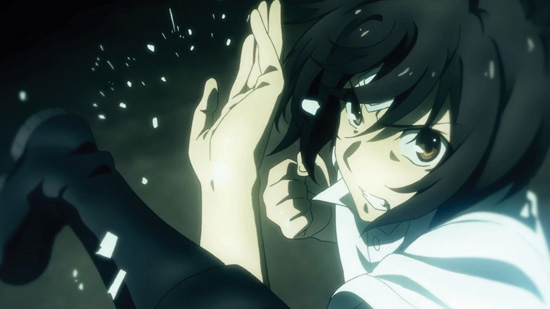 Taboo Tattoo aspires to greatness, but its reach exceeds its grasp. There is no single huge flaw in its execution, but rather the series is hampered by smattering of smaller production problems. The computer graphics animation, which is used to model everything from buildings to military vehicles to pyrotechnic effects, doesn’t quite mesh with the 2D animation techniques. The continuity editing is weak in places, to the point where the show sometimes becomes visually incoherent. I had to rewind and rewatch on at least three separate occasions simply to figure out what was going on in certain scenes. Knowing what I do about anime production schedules—which burn through money, talent, and time at a terrifying pace—I almost feel guilty pointing out these flaws. I know that Taboo Tattoo was probably completed on a strict deadline and under enormous economic pressures, and yet I expect more from Takashi Watanabe, the director of Boogiepop Phantom, and I expect more from J.C. Staff, the animation studio that brought us such gems as Azumanga Daioh and Flying Witch.

Some of the issues with Taboo Tattoo are narrative in nature, and I’m uncertain whether these faults are the responsibility of the original manga author, Shinjiro, or if they are the work of Mayori Sekijima and Masateru Ohtake, the screenwriters who translated Taboo Tattoo from the comic page to the TV screen. Much like in Trigun, a more interesting and charismatic character than the main protagonist is introduced later in the series, such that Blood Blackstone is the Nicholas D. Wolfwood to Seigi’s Vash the Stampede. The exact physics of the tattoos aren’t entirely clear. Sometimes the tattoos behave like the psychic “Stands” from Jojo’s Bizarre Adventure, but it is also implied that the “source” of some tattoos can develop an independent consciousness. Princess Aryabhata occupies an uneasy space as the primary antagonist. She straddles the line somewhere between a classical anti-hero and a mustache-twirling vaudeville villain. Her goals are either trans-humanist or genocidal, depending on how she’s presented in a given scene. All too often, the motivations of other important characters are equally murky. 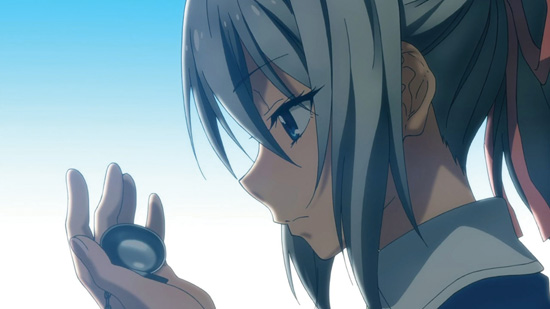 With a longer production schedule and a few more passes through the writing, editing, and animation processes, Taboo Tattoo could have been something significant: a well-crafted seinen action series with a science fiction twist and a playful, sardonic sense of humor. Instead, it will most likely go the same route as so many other seinen action series before it. Taboo Tattoo seems doomed to disappear into obscurity, to fade from the anime pop culture consciousness in a smear of blacks and blues, like a half-forgotten tattoo that needs to be re-inked. A general impression of action, angst, and sarcastic wit may remain, but a decade from now, will anyone remember Taboo Tattoo?

Taboo Tattoo is currently available via streaming on Crunchyroll.