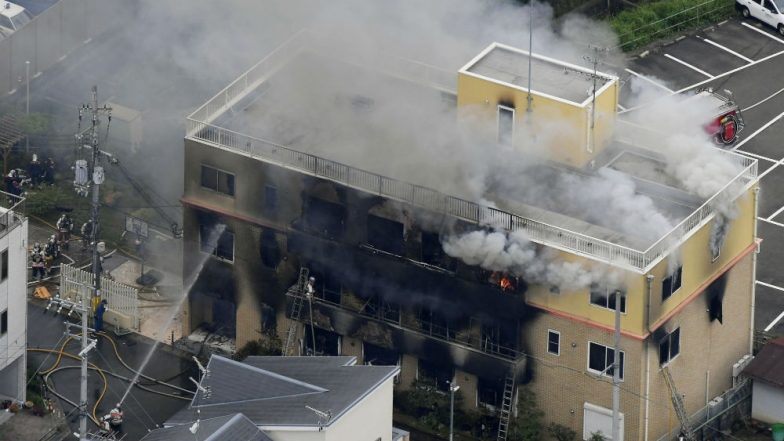 It has been three weeks since the arson attack on Kyoto Animation that killed 35 people and destroyed the studio’s main office. Today Japanese newspaper Nikkei is running an interview with one employee injured in the attack.

The 52-year-old male employee, who has chosen to remain anonymous, says that while he feels a sense of loss, he wants to “work hard so that no one will think our quality has dropped.”

At the time of the attack, the employee was painting background art on the second floor of the studio. He suddenly heard a scream and saw black smoke filling the room. The man saved his life by jumping from the second-story balcony to the ground below.

Inspired by Leiji Matsumoto’s Galaxy Express 999, the survivor found a love of drawing and became an employee of Kyoto Animation in the 1980s. Struggling to meet his deadlines, he thought of quitting a number of times, but was reinvigorated by the studio’s “creator-centric” environment and his respect for his fellow employees.

The man says that the studio is moving forward on a movie planned to be released at the end of the year, and that working gives him a sense of relief. He also says that “continuing to create like before is the biggest way to fight back against” the alleged arsonist.

View all posts by Matt Schley
Hajime no Ippo Boxing Manga Inspires First Stage Play
In This Corner of the World Plays in Ibaraki Theater for 1,000 Days