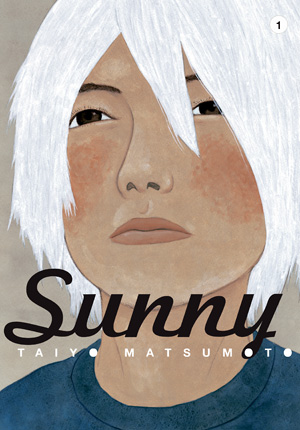 Anyone who’s familiar with Taiyo Matsumoto knows he likes to be unusual, gritty and offbeat. And they will certainly get an unusual, gritty and offbeat experience from reading Sunny. There is no easy way of explaining this book. The Sunny of the title is a car, but it’s barely in this volume, yet it seems it must be the focal point of the story if the whole manga is named after it. There is no main character; rather, we get to know a cast of characters, though we never get to know any particular one very well.

A number of children are living in a place referred to as “The Home.” On occasion they like to go sit in the car, Sunny, and imagine themselves in different environments and scenarios. Matsumoto will draw these scenarios as if it’s the real thing, and then we realize it’s only in the kids’ imaginations. It’s a form of escapism from their crude reality. It’s not explained why they’re all living in The Home, but we do know they’re without their parents and they’re not getting much adult support. Of course, with Matsumoto, there’s still the point that you never know what’s imagination and what’s reality.

Sunny is not a manga that gives you meaning. It gives you a story, and has you look for meaning. It’s stream-of-consciousness, it’s raw. There’s something about the immediacy of childhood in it, where simple things become major issues through the eyes of the children. Doing this, it has the lackadaisical feel of childhood to it, but there is also something disturbing. The artwork is often grotesque—purposefully so. There’s something hideous about the way Matsumoto will draw mouths and teeth, or the expressions on faces.

I won’t pretend I understood everything in Sunny. Sunny is a manga to make you scratch your head and worry you might be missing something.  But if you take it as it goes, it is fascinating, and there’s something visceral about it. It’s not a manga for everyone, and it’s definitely not a feel-good manga, but it leaves an impression.

It’s also worth noting that Michael Arias, who directed the anime adaptation of Matsumoto’s Tekkonkinkreet, worked as the translator. Even though this is certainly a niche title, VIZ is really standing behind it and giving it their full support. Niche title or not, it has the power of being by Taiyo Matsumoto, and it offers up a very unique manga experience. 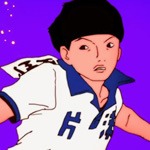