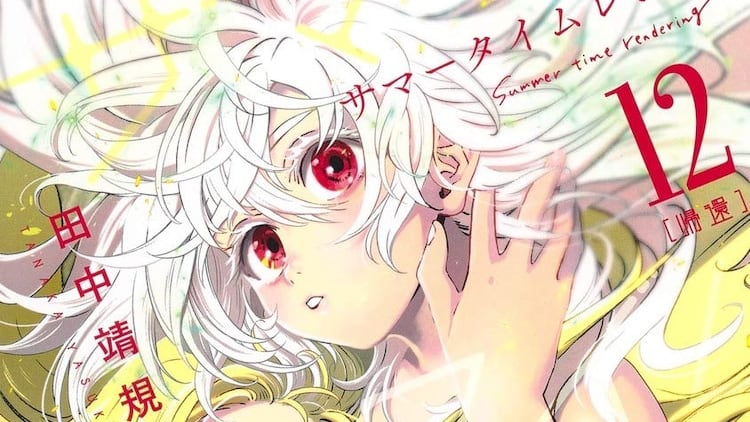 Summer Time Rendering, the suspense manga by Yasuki Tanaka, has come to a close after 139 chapters. With that comes the news that the manga has picked up both an anime and live-action adaptation.

The manga, which started running on Shonen Jump+ in 2017, is set in Wakayama Prefecture. The story goes like this, according to Shueisha:

Upon hearing of Ushio’s death, Shinpei returns to his hometown of Wakayama City on Hitogashima and reunites with his childhood friend’s family. The funeral goes smoothly, but under the surface something strange is brewing on the island. What mysteries await him on this secluded summer island?

In addition to both an anime and live-action project, the manga has also inspired an escape game that’ll open in Wakayama this summer.

Anyone read Summer Time Rendering? Looking forward to the anime? 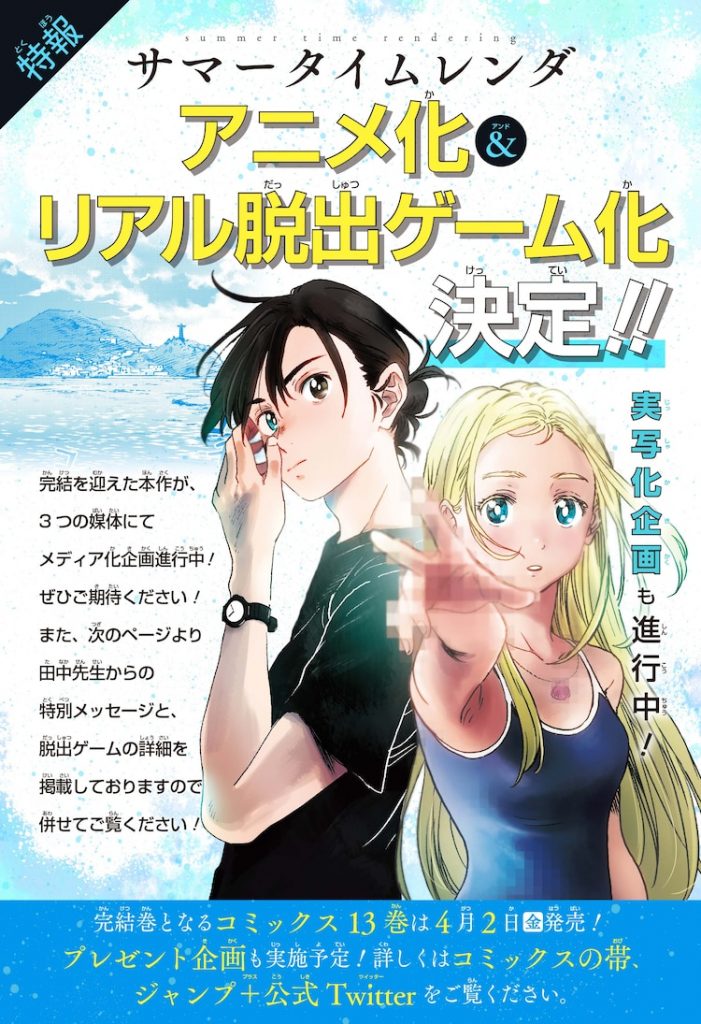