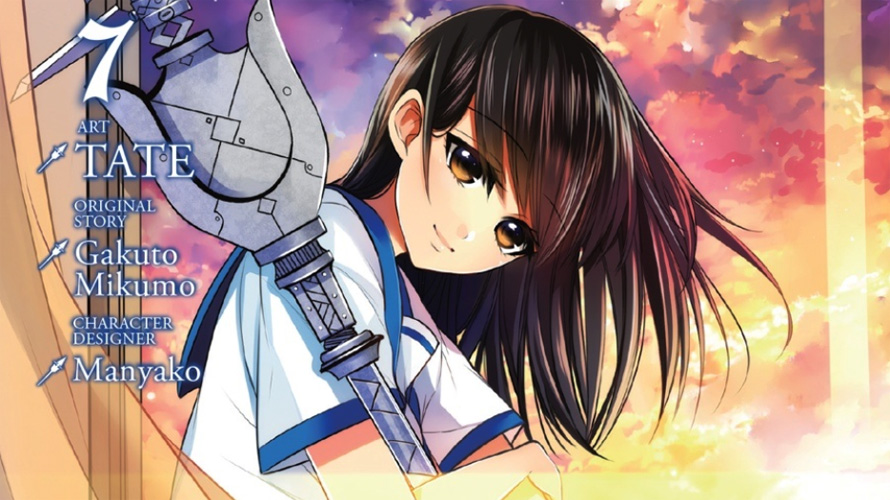 There’s a girl on the cover. She wears a sailor suit uniform with a skirt hiked almost, but not quite, high enough to flash panties. Her almost featureless face wears an expression that’s vaguely seductive but mostly blank. She cradles an elaborate weapon bigger than herself. In my years as a professional-class manga nerd, I’ve seen this cover many times. Dozens, possibly hundreds. It says nothing about the book inside except that it’s likely to be very boring.

The girl on this cover is Yukina Himeragi, 14-year-old spear shaman and slayer of evil things. Dispatched by the shadowy Lion King Agency, Yukina tracks down the Fourth Primogenitor, a legendary vampire of enormous power, only to discover that he’s not a monster, just a nice teenager named Kojou who doesn’t particularly want the vampire 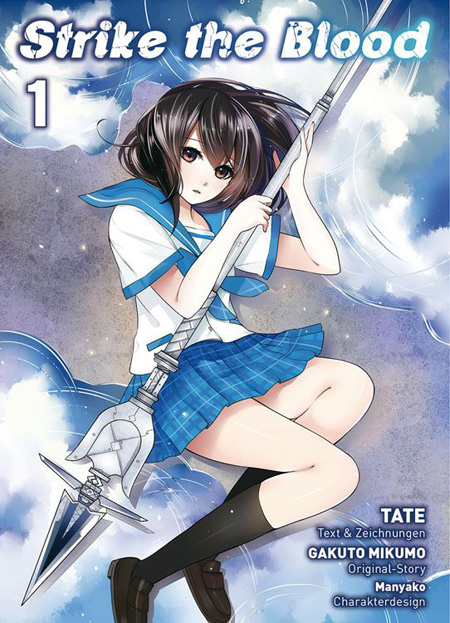 powers he’s inherited. The two are soon targeted by both monsters and monster hunters in abundance, since Kojou lives on a futuristic artificial island constructed by the Japanese government as a vampire haven. Whenever we see backgrounds, though, it looks like a generic present-day Tokyo neighborhood. This is the kind of manga that keeps adding arcane, convoluted world-building details and then ignoring them, or at least discarding the parts that would be hard to draw.

If you’ve read any manga, ever, you could script the rest of Strike the Blood. Yukina and Kojou become frenemies and team up to fight evil vampires, Kojou develops his rad vampire powers, they meet plenty of cute super-strong girls who provide fight scenes and sexual tension. The art is pleasant and bland, with only a few decent monster designs to break up the monotony. And the entire first volume passes without any of the vampires drinking blood, so what is even the point of having vampires?

This story originally ran in the April 2016 issue of Otaku USA Magazine.