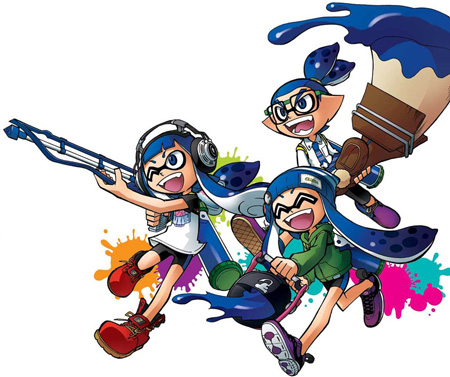 Splatoon makes you wonder who it’s aimed at: people who have never played the game, or players who didn’t read the manual. At this point in the review there should be a synopsis of the plot. However, Splatoon has no plot. Nor does it have any characters with any personality. Basically, the premise is about a team of four Inklings, adorable squid people who have the ability to go back and forth between a squid form and a human form. All the Inklings in Inkopolis are obsessed with a game called Turf Wars in which teams of four try to paint as much surface area of a designated arena as possible.

The comic follows Team Blue, made up of four members all named after an item of clothing they wear: Goggles, Specs, Bobble Hat, and Headphones. The creativity is staggering. The comic goes to great pains to explain in painful detail the game mechanics of Splatoon. Worse yet, Team Blue effortlessly wins all three matches in the first book, offering no challenge, no angst, no tension, no drama, and certainly no story. The book takes the sports manga theme of teamwork and sucks all the joy out of that by having the most one-dimensional characters ever conceived. The entire point of teamwork is getting disparate personalities to work together, but that is predicated on the characters HAVING personalities to begin with. The characters in a better manga would struggle to forge a team, overcome obstacles, and grow as people as they learn to come together. They would face setbacks and triumphs. Rivalries and friendships. Splatoon involves NONE of that. For 168 agonizing pages Team Blue blasts through their competition and perpetrates a bland running gag about Goggles losing his clothes in squid form and popping up naked. 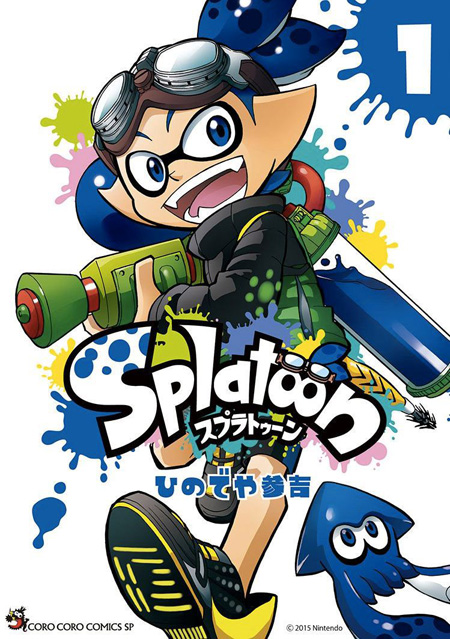 Assuming the game plays exactly like the manga reads, and the entire point of the game is a colorful four-on-four paint battle, then making a black and white manga out of a game literally based on color is a weird choice. It’s basically been reduced to an indiscernible grayscale battle. Sankichi’s art itself is good. The characters are cute. The backgrounds are a mishmash of industrial parts, but they aren’t hideous. Problem is the Inklings have a sort of default look split along gender lines, making them hard to tell apart, especially in black and white. Their clothes are the most distinct thing about them, but the battle gear begins to blur together after a while. With only marginal amounts of creativity Splatoon could have been an adorable anything: slice of life comic, sports manga, underdog comedy or gag manga. Instead it’s none of those things. It’s not funny, it’s not interesting, and it’s not good period.