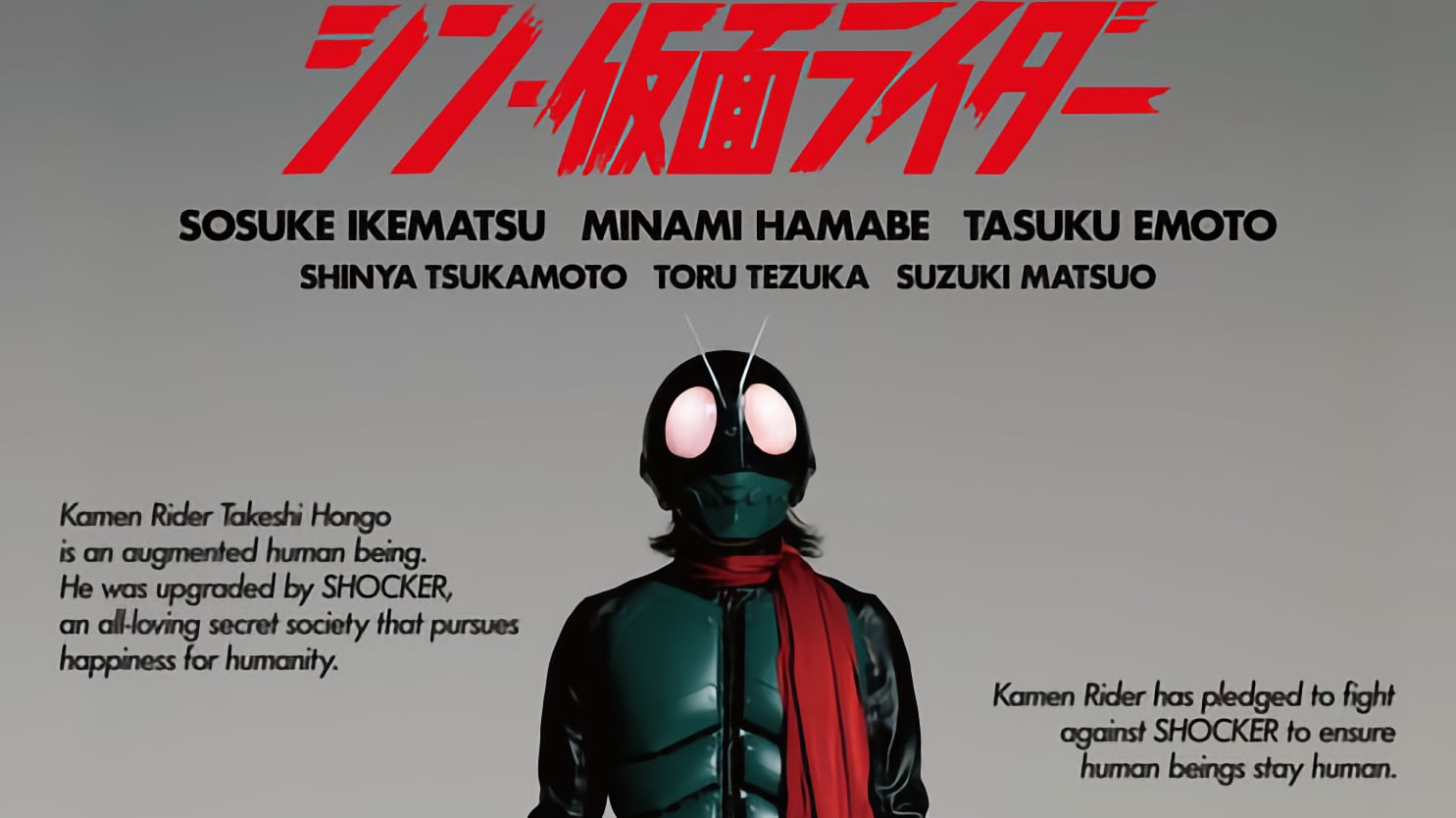 Not only is Shin Ultraman out today in Japan, we’ve also got a fresh teaser, poster and some additional details about Shin Kamen Rider.

Here are some of the names we’ve learned are working on the film:

And some new cast members:

We already knew, of course, that Sosuke Ikematsu is playing Takeshi Hongo/Kamen Rider, and Minami Hamabe is playing Ruriko Midorikawa.

Here’s the text from the new poster:

Kamen Rider Takeshi Hongo is an augmented human being. He was upgraded by SHOCKER, an all-loving secret society that pursues happiness for humanity. Kamen Rider has pledged to fight against SHOCKER to ensure human beings stay human. 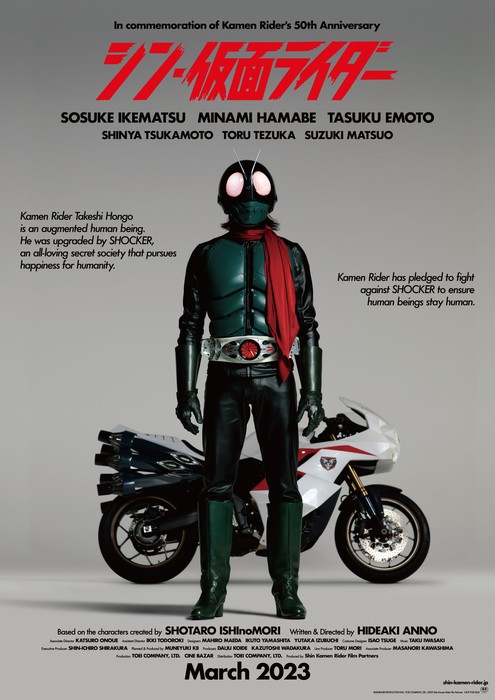