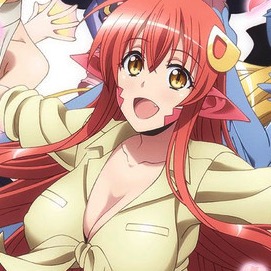 Sentai Filmworks announced the addition of another summer 2015 show to its anime lineup yesterday. The latest to join the company’s roster is Monster Musume, which is coming to select digital outlets soon, with a home video release to follow.

Based on the manga from original creator OKAYADO, this romantic comedy series explores a world where mythical creatures called liminals live alongside humans. Kimihito Kurusu is unknowingly volunteered into the human-liminal exchange program, and soon his house is overrun by females of every species vying for his attention.

Tatsuya Yoshihara will be directing the series, with Kazuyuki Fudeyasu handling series composition. Character design will be managed by Takaya Sunagawa, who will team up with Shunji Akasaka to contribute chief animation direction. Animation production will be provided by Lerche and Seven.

Attack on Titan: Lost Girls to Be Adapted into Manga
Ajin vol. 5 Continues to Ramp Up the Tension