Attack on Titan: Lost Girls to Be Adapted into Manga 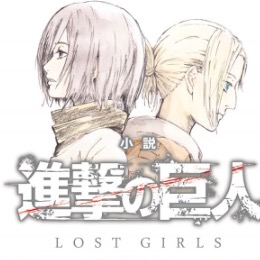 Over the weekend we posted about Vertical’s plans to release the Attack on Titan: Lost Girls novel in English next year. The novel has Hiroshi Seko collecting three short stories that focus on Mikasa and Annie—”Lost in the cruel world,” “Wall Sina, Goodbye,” and “Lost Girls”—and now it’s going to be adapted into a manga.

The announcement comes in the August issue of Kodansha’s Bessatsu Shonen Magazine, in which the manga will debut on August 9. Ryōsuke Fuji is handling the adaptation, and the manga’s opening page will be in color. 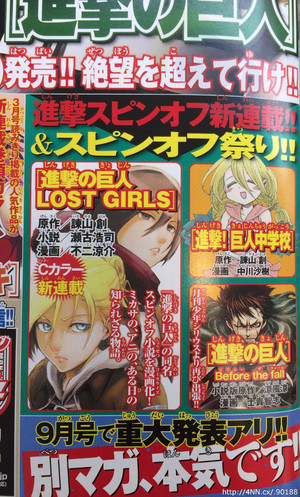