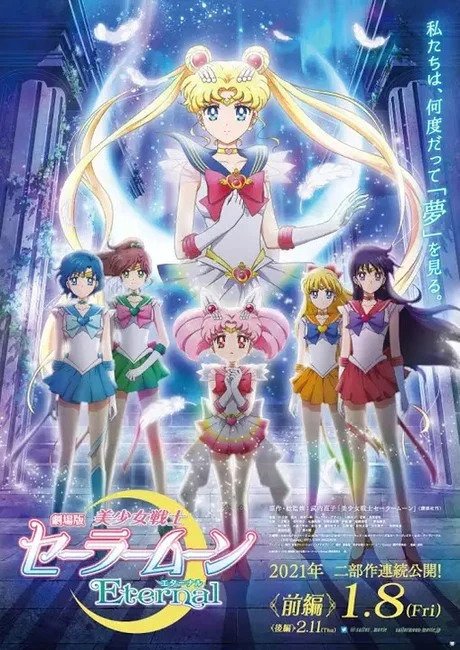 Instead of having a season four for Sailor Moon Crystal, the Dead Moon arc is being released as two movies. A trailer for Pretty Guardians Sailor Moon Eternal The MOVIE has dropped, along with a new poster and information on the cast.

The first movie was going to come out in September, but got postponed by COVID until January 8. The second film comes out right after, on February 11.

This is the first time in a quarter of a century that Sailor Moon has been on the big screen.