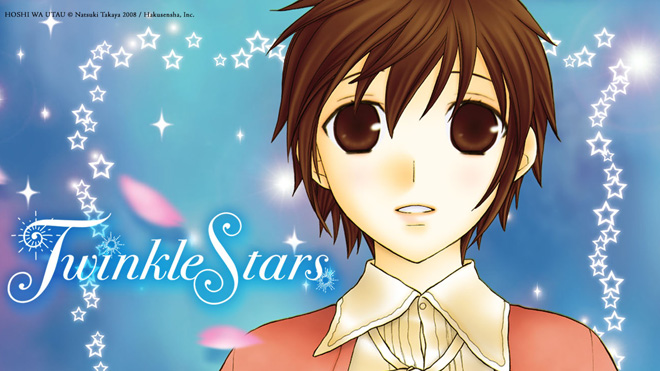 Sakuya has been left in the care of her grumpy cousin Kanade. Alone in the world, she takes comfort in the stars. Perky and optimistic, she tries hard not to let life get her down; she smiles in the face of terrible insults and believes the best of everyone, even those who treat her abominably.

On the night of her birthday, Sakuya meets a boy named Chihiro who gives her a birthday present. He leaves her with kind words of encouragement and then disappears. It turns out Chihiro was at Sakuya’s birthday under false pretenses and the smitten Sakuya enlists her friends Sei and Yuuri to find out who he is. Sakuya at last finds Chihiro again but this time he tells her, “I hate you.” Even though she’s crushed Sakuya still can’t let him go. She likens him to one of her favorite stars, Alphar, also called ”the lonely one.” When Chihiro shows up at Sakuya’s high school as a transfer student, she finally has the opportunity to find out why he hates her and if those really are his true feelings.

Chihiro, the love interest, blows hot and cold. One minute he tells Sakuya not to call him by his first name because they aren’t friends, then in a touching scene he comes to Sakuya’s rescue when she tanks a class presentation. The book hints at some deep childhood trauma Chihiro suffered that makes 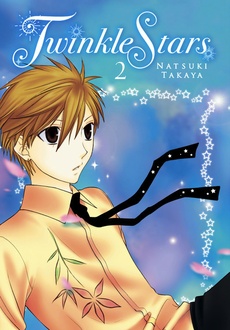 him the way he is, but Takaya is drawing out the reveal. Sei, Sakuya’s overprotective friend, convinces Chihiro to join Sakuya’s Star Appreciation Club, thereby throwing Sakuya together with the boy she likes.

Does Sakuya sound a little bit like Tohru Honda from Natsuki Takaya’s classic Fruits Basket? Spoiler: she is. Twinkle Stars has many of the same elements as Furuba: a hapless doormat of a heroine, a mysterious boy, and friends who are protective of the main character. Takuya has a frustrating penchant for passive heroines and this book is no exception. On the other hand, Twinkle Stars has Furuba’s good qualities as well: charming girls, cute guys, a good sense of pacing, and pathos. Takaya is masterful at portraying her character’s inner and outer emotional states with art. Available from Yen Press in 400-page omnibus editions, this is a solid shojo romantic drama.