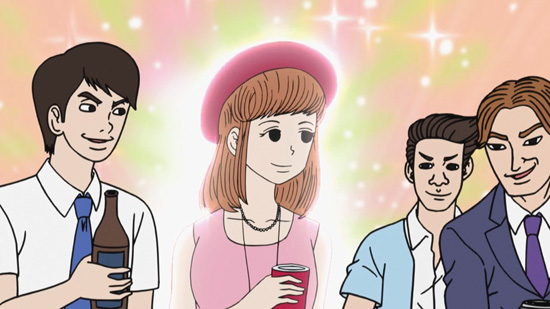 Katsumata Agetarou works hard at his family’s tonkatsu shop, but he’s not always on top of his game. He gets through the day out of obligation, but he’s clearly destined for something beyond the realm of tonkatsu. When Agetarou is the only person able to make a late-night delivery to a nearby club, the last thing he expected was a transformative experience. What he finds within those walls is a world that’s seemingly free of stress. Normal, everyday people from his life are in here, and they’re letting loose. Cute girls are just, like, nonchalantly hanging out. Thanks to the combination of “cool music and cute girls,” Agetarou quickly decides the club life is for him… and then he sees a legendary DJ perform.

If entering the club was a transformative experience for Agetarou, seeing DJ Big Master Fry on the wheels of steel is downright sublime. He soon sees parallels in the actions and sounds of a DJ and his own work at the family restaurant, and before you know it the deal is sealed. The revelation hits Agetarou like a brick: “Are working at a tonkatsu restaurant and being a DJ the same thing?” Yes, they are, and Agetarou is about to use that inherent groove to his advantage as he declares his plan to become TONKATSU DJ AGETAROU! 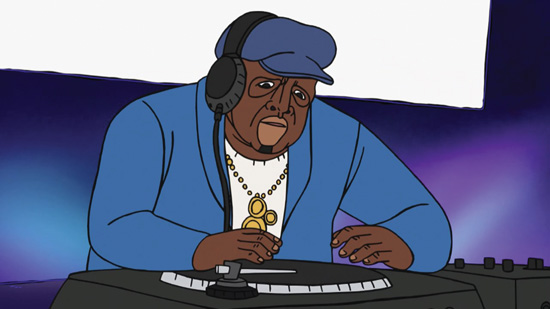 In the world of Tonkatsu DJ Agetarou, digging vegetables out of a pickling barrel is on the same wavelength as digging through vinyl at the record shop. Agetarou is far from an instant wizard at his new obsession; in fact, he doesn’t even know what the most basic of terms mean. Thankfully he meets the appropriately named DJ Oily, who happens to need Agetarou’s delicious tonkatsu just as badly as Agetarou needs schooling in the art of the DJ. Thus, the two form a mutually beneficial alliance, sending our plucky hero well on his way to stardom. Now he just needs to master spinning and get people to actually show up to his shows.

If you think that sounds fun, it’s twice as enjoyable to watch. At first glance you might assume Tonkatsu DJ Agetarou is crude, with characters that look like they were pulled straight from a grimy gag manga with zero enhancement whatsoever. That’s kind of the point of Agetarou, which does a fantastic job of mimicking the style of Iipyao and Yujiroō Koyama’s online Shonen Jump+ gag strip of the same name. Studio Deen nailed the look of the series, and the comedy timing and voice acting is right on the money. Daiki Yamashita (Izuku Midoriya in My Hero Academia, Sakamichi Onoda in Yowamushi Pedal) is perfect in the lead role, serving up Agetarou’s dialogue with just the right amount of electric enthusiasm. 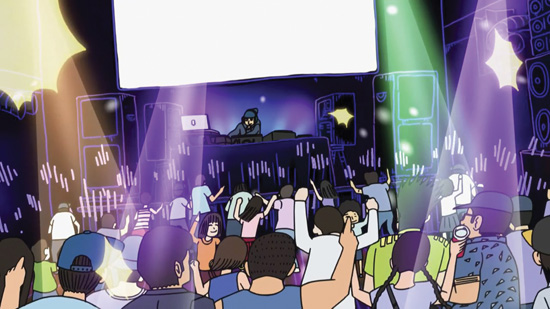 Daisuke Fujiwara (MU-STARS) provides the music, and it works a treat for this short-form series. Despite the large role it plays throughout, it’s still fairly subtle in the mix, and some of the repeating themes are reminiscent of soundtracks like Jet Set Radio. It’s great as backing support for Agetarou’s journey of discovery and music appreciation, which takes him from the local vinyl racks to the DJ booth in record time.

To those hungering for more anime shorts, be sure to check out our feature in this very issue! Once you’re done with that, get on top of watching Tonkatsu DJ Agetarou ASAP. You won’t regret it. Recommended. 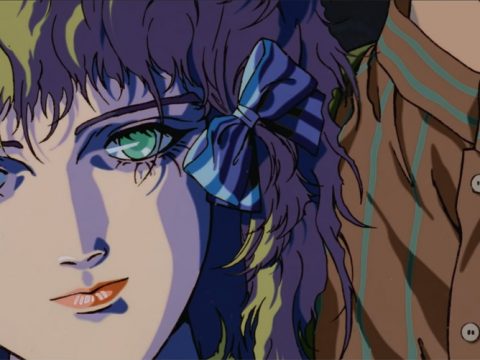 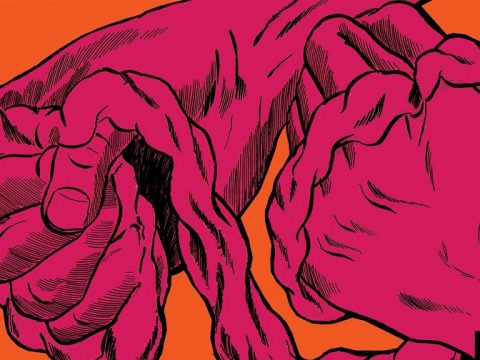