[Review] The Prince in His Dark Days 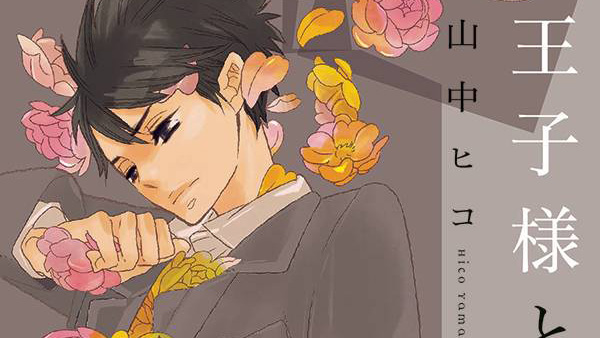 Shojo manga has had a fascination with cross-dressing heroines since the days of Princess Knight and The Rose of Versailles, inspired in part by the real-world all-female Takarazuka theater troupe. But in modern fandom, the most common reference point is Ouran High School Host Club. The Prince in His Dark Days has a lot in common with Ouran: a poor girl has a run-in with a group of rich, attractive boys and ends up dressing up as one of them to fit in.

You’d be forgiven for expecting a reverse-harem comedy, but you’d be wrong. Atsuko is dirt poor and straddled with an alcoholic, abusive father. She endures daily taunts about her poverty and her appearance from her classmates, and on top of that, out of nowhere, some rich young men kidnap her! It turns out one of the boys, named Itaru, just wanted to wear her school uniform, and he’s a dead ringer for Atsuko.

So naturally, she ends up working as his body double, filling in for him when he mysteriously disappears. She soon develops feelings for one of Itaru’s friends, but that romantic angle isn’t the emotional core of The Prince in His Dark Days. Instead, it’s Atsuko’s culture shock at being surrounded by Itaru’s wealth. When you’re poor money is a precious lifeline, and Atsuko takes her new job seriously, sometimes a little too much. She works out to develop muscle mass and starts smoking to change her voice. Whereas many manga make androgyny seem effortless, The Prince in His Dark Days is about the process and psychological impact of inhabiting another person’s persona. 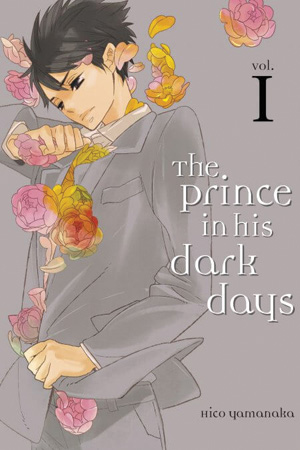 Hico Yamanaka is a josei artist, so it’s not surprising that this manga delves into heavier, more socially conscious subjects than most shojo does. She also brings with her an airy, angular art style reminiscent of some of Moyoco Anno’s work. Unfortunately, the character designs often lack clear definition (which pretty boy am I looking at right now?), which can make things a little hard to follow.
I’m a big fan of Ouran, but I’m pleasantly surprised to find modern shojo using cross-dressing as a dramatic device to deliver social commentary. Yamanaka’s art is a bit uneven, but I’m curious to see where this story goes. Recommended.