[Review] The Osamu Tezuka Story: A Life in Manga and Anime 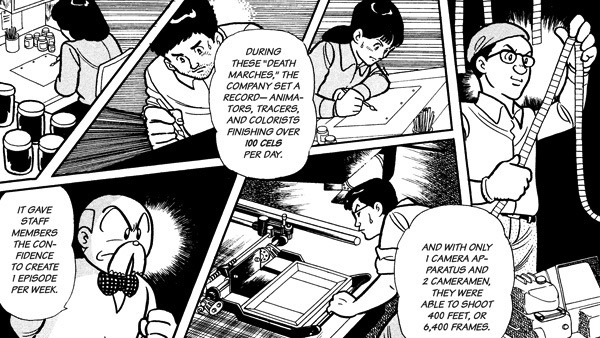 You’ve got to hand it to Tezuka Productions. Despite the “God of Manga” Osamu Tezuka having been dead for more than 27 years, he’s never been more relevant to American fans than now. The secret is rather simple, as it’s the same thing that was done for Yoshihiro Tatsumi and Shigeru Mizuki: release not only their famous works, but also biographical manga that doubles as a historical 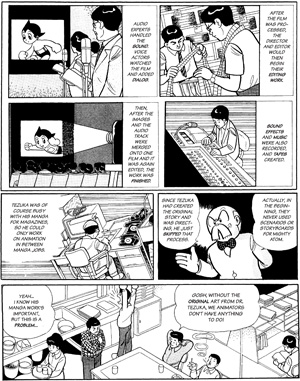 account! Longer biographies clearly equal more important authors, so if Drawn & Quarterly thought they were so cool releasing Tatsumi’s autobiography A Drifting Life in one massive volume spanning over 850 pages, then Stone Bridge Press’s The Osamu Tezuka Story: A Life in Manga and Anime must surpass it by nearly 75 pages! The volume contains 20 pages of foreword and 45 pages of appendices that list out every source citation, year by year! NOW who’s the greatest manga author?!

Written by longtime Tezuka Productions staff member Toshio Ban, The Osamu Tezuka Story has arguably the most uniquely qualified person for the job. Not only did he know Tezuka and have access to his extensive materials and archives, but Ban was also able to interview Tezuka’s peers while they were still alive, in addition to having several firsthand accounts himself. What’s more, having spent many years as an assistant to Tezuka, Ban can draw in Tezuka’s art style as the story often requires, since much is framed as though it’s told by Tezuka’s creations. It’s a very thorough biography, beginning with Tezuka’s childhood and including panels consisting of the actual sketches that he drew while in grade school. You witness his education, World War II service, and various other pursuits, not to mention his establishment of modern anime and manga as we know it. Why, it takes about half the book before the Astro Boy anime starts in the 1960s! 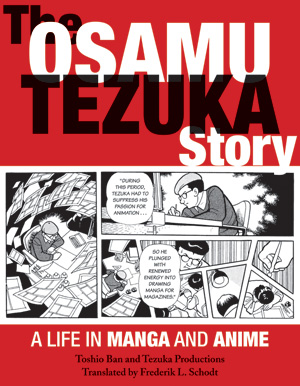 Despite everyone involved with the project being so embedded—right down to the top-notch English translation by Fred Schodt, who penned an excellent foreword—I appreciate that it’s not afraid to depict Tezuka in a nonidealized, nonmythologized way. “Osamu Tezuka” at this point sometimes feels like a media PR creation akin to “Stan Lee,” so this more even handed depiction that’s willing to highlight how obsessive Tezuka could be in order to be the legendary creator we remember is refreshing while in no way diminishing what he accomplished. This one’s not just a must-own. It’s a must-actually-read-from-start-to-finish. Recommended.