[Review] Sword of the Stranger 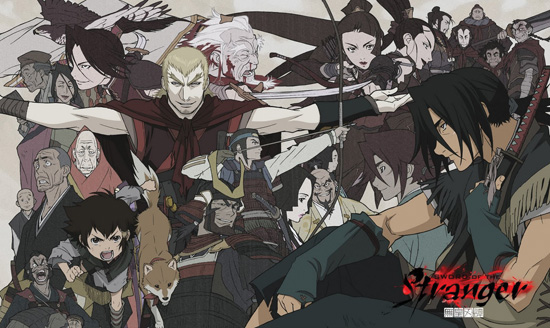 In our recent Anime USA special issue, as part of an overview of anime studio BONES I expressed regret that their 2007 theatrical film Sword of the Stranger originally released by Bandai Entertainment was long out of print and more or less forgotten, if it was ever known in the first place. Thankfully, FUNimation has reissued it and it’s just as great now as it was back then.

Think of Sword of the Stranger as “Ninja Scroll minus the supernatural, without the lurid sex or gory parts that would make you fearful that your parents will walk in at the wrong time.” The directorial debut of Masahiro Ando (Snow White with the Red Hair, Under the Dog) is a classic samurai film at its heart, which gives it more structural resemblance to traditional American Westerns like Shane than a traditional shonen action-adventure.

A ronin swordsman with no name—called “Nanashi” which literally means “No Name”—wanders across a young boy Kotaro and his dog (that regrettably is NOT killed, as I would have hoped), who are on the run from mysterious warrior assailants. Our nameless hero from somewhere far away carries a sword and knows how to use it, but it’s bound and he dares not draw it ever again for reasons not immediately disclosed. 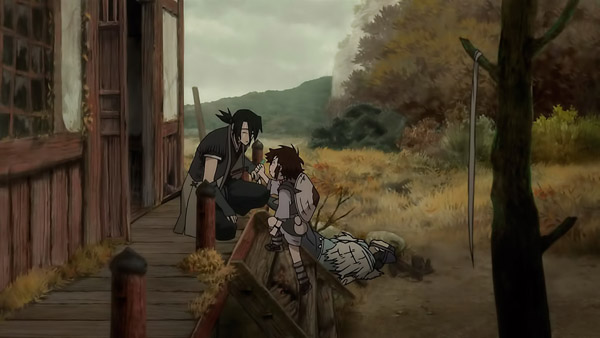 It’s certainly not so he avoids killing anyone, since unlike in Rurouni Kenshin it turns out that swinging a blunt heavy object with great force is quite fatal! Despite his gruff exterior and rocky past, the man with no name decides to help, which invariably puts him at odds with not just the local lordship’s forces but those of the Chinese, who are after Kotaro with their own cadre of elite warriors.

Of course, the stranger trying to atone for his past violent deeds is pushed to the brink and must ultimately draw his sword once again; look at the title of the movie. Sword of the Stranger’s adherence to stock archetypes in terms of its plotting and characterization is one reason why a lot of fans may think “eh, that was just okay” of it, but to evaluate it purely on those grounds and come away with “clichéd!” is to miss out on its breathtaking artistry. 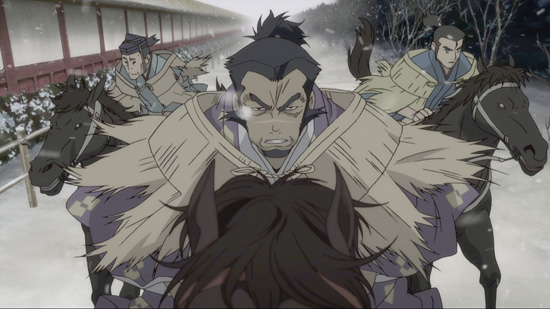 The amazing background work alone depicting the countryside and architectural structures is a dying art in anime for which fewer and fewer seem to have the time allotment or skill to inherit. But the real showcase here is the animation and fight choreography.

The cuts in this are nothing short of next-level, and since the film isn’t heavy on slow motion or time dilation you’ll want to re-watch them in freeze frame to truly appreciate it all. I know, most people don’t do that anymore or want to process action scenes beyond “this is a fight and that person won,” but you’re an otaku, right? It takes a lot of work to make a movie with so many different fights not feel repetitive, and intelligently block out and spatially organize action sequences for a variety of weaponry without resorting to speed line backdrops and magical super powers. It’s a lot of work for a result that most viewers are unlikely to even consciously notice, but for action junkies like myself this movie is a treat. 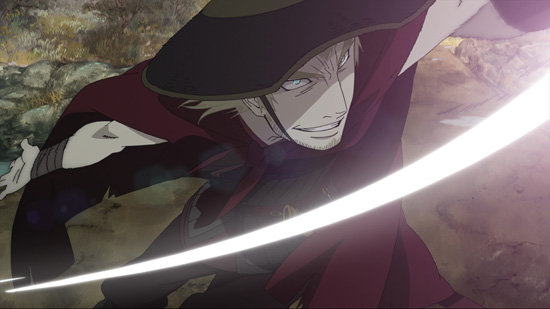 Sword of the Stranger really ought to become one of those anime movies people show to people who don’t self-identify as “anime fans” as a way to introduce them to the medium. It’s conventional enough in plot and character tropes to not seem overly “foreign,” the music and visual artistry are top-notch, and it’s just one self-contained movie rather than a lengthy television series or continuation of prior material. Back when this first came out in the US nearly a decade ago, a lot of otaku passed on it for whatever reason. You’d do well to not make the same mistake this time around. Recommended.