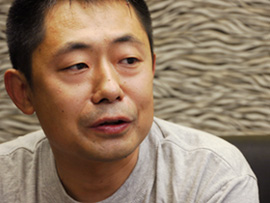 Even if it didn’t include directing Sword of the Stranger, Hanasaku Iroha, and Blast of Tempest, Masahiro Ando’s resume would be still be pretty darn impressive. Starting his career as a key animator, Ando’s action sequences in films like Jin-Roh, Cowboy Bebop, End of Evangelion and Memories are among the most fluid and impressive in the industry.

We met the director at a strange gathering in the middle of the desert they called “Otakon Vegas” and proceeded to probe him with a variety of questions he was kind enough to answer.

Patlabor 2 is one of our favorite movies…

I participated as a key animator on Patlabor 2. It left me with a really strong impression.

Since I really respect [Mamoru] Oshii’s work, after I saw Patlabor 1 I thought I’d definitely like to work on the next one if they ended up making it. When I heard there was going to be a Patlabor 2, I actually personally called up and said I wanted to participate.

What was the reaction?

“Really!?” (laughs) Usually that’s not how animators are hired, so the producer thought I was some kind of idiot for calling up directly. 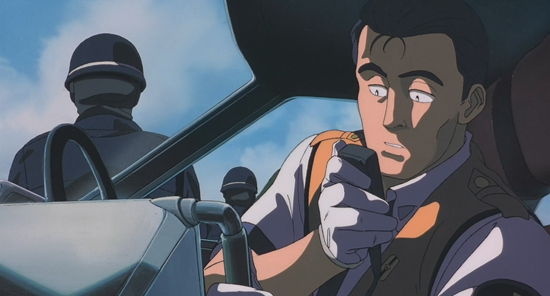 But it worked! And then you ended up working on Oshii’s Ghost in the Shell as well.

When you were doing key animation, you were known for really fluid fight scenes. How did you create such fluid movement? Did you ever study martial arts, or…?

I don’t do any martial arts, or do any sort of training, but I’m better than anyone else at imagination. I love constructing in my head how an action sequence is going to play out. That’s probably the reason why people think my action sequences look really good, because it’s all in my head.

Whenever I enter a room – even the bathroom – I’m always daydreaming about how it would play out in that room if I were to attack somebody, or if someone were to attack me (laughs). What would I use in the room to attack… I’ve been doing that even since before joining the anime industry. 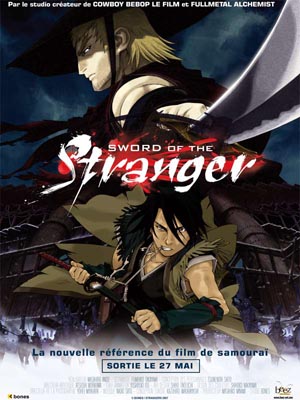 Sword of the Stranger felt at times like an art film rather than straight-up entertainment. Was it difficult to get a film like that made?

I directed the film as an entertainment piece, but it definitely could be considered an art film, depending on who sees it. People did think it was a kind of artistic or difficult film, and because of that, nowadays it’s really difficult to make something similar.

Compared to Sword of the Stranger, your recent series have been more female-oriented. Is that related to what you’re talking about?

Yeah, it could be. When choosing projects to work on, some directors tend to choose the same genre over and over, but I like to try something different each time. If I keep making things in the same genre, I feel like I might get stuck. So when I choose a new project, one important point is definitely to try something new.

I loved making Sword of the Stranger, but afterward I wanted to kind of refresh myself, because it’s a very violent film. But now that it’s been a few years, I feel like making something like Stranger again.

Your last few shows have been written by Mari Okada. What’s it like working with her?

I really love Okada-san’s scripts. Her scripts tend to be very dramatic and full of emotion, which are screenwriting aspects I lack myself. 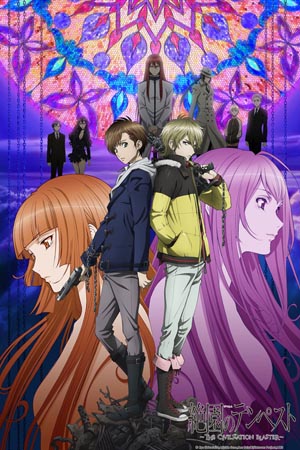 Making anime is all about teamwork, which is something I love about making anime and the reason I joined the anime industry. If I just wanted to draw, doing manga would be fine, but that wasn’t enough for me. I really love working with people who look at things in a different way than I do. By working with them, I can incorporate new elements into my films. It’s all for the sake of making the films better.

Recently there’s been a lot of talk about how low wages are for animators. Do you think that’s going to have a negative effect on the future of animation in Japan?

It’s a difficult situation. Animation requires very specific skills, so if you’re highly skilled, you should be compensated accordingly. But I also feel if wages are too high, there will be a lack of hunger. Does more money mean better quality? It’s difficult to tell. But certainly people with such technical skills should be compensated well.

When you’re looking to hire key animators or animation directors, what kind of people are you looking for?

My ideal is someone who can exert their own individual talent, but within the framework of the film. It’s just like baseball: if all the players are home run hitters, you can’t win. You need pitchers, defense… it’s a team. Those are the kind of people I like to offer work.

This story originally ran in the 1/14/14 issue of the Otaku USA e-News
e-mail newsletter. If you’re not on the mailing list, then you’re reading it late!
Click here to join.