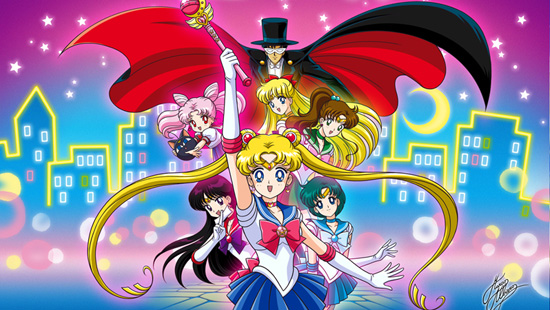 The saga of the original Sailor Moon TV anime adaptation continues in Viz Media’s latest box set, and while there’s still definitely something to be desired in the video quality department, it’s nice to be able to get our hands on the Sailor Moon R portion of the series. The episodes in this set kick off with the Makaiju arc, which, despite plenty having taken place in the 46 episodes that precede it, isn’t the worst jumping-on point if you’re coming into the show on a stream of pure nostalgia.

Sailor Moon R starts with a boom as a meteor strikes down near Usagi’s home, attracting a ton of attention and resulting in the arrival of a pair of aliens that look like something straight out of Jem. Meet Ail and An, our new grand baddies—for the first portion of the set, at least—who kick off a quest for life energy that will thrust many more weekly monsters into our heroines’ path. There’s only one problem … the heroines in question don’t exactly remember being Sailor Guardians in the first place. 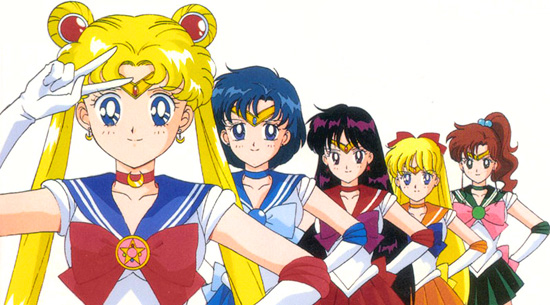 To combat this threat Usagi must become Sailor Moon again, a move
that sends memories of all her
past trials and tribulations rushing back through her. Since it’s
painfully clear that Usagi can’t handle all this by herself, the rest of the Sailor Guardians will also have to leap back into action to even the odds against the lifeforce-sucking menace of the Makaiju.

And then there’s the case of the Moonlight Knight, who regularly leaps in to save the day much like Tuxedo Mask before him. But just who could this mystery man be? I can’t quite put my finger on it, but he looks awfully familiar…

This vexing puzzle and more awaits you in Sailor Moon R, which adds up to a really enjoyable collection of episodes. Much like the Sailor Guardians themselves, memories came flooding back to me as I popped in the first disc, and I was quickly 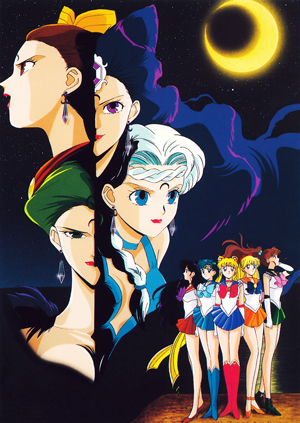 reminded that these were some of my favorite episodes back when the old dub used to come on TV.

Viz’s new version continues to be one of the only anime series I regularly watch dubbed, too. The cast really does a fantastic job of preserving the old vibe of Sailor Moon while paving the way for a more accurate and faithful take on the whole series.

You don’t necessarily need nostalgia to enjoy Sailor Moon, but it helps. The show is definitely dated, and its level of charm depends on how much fondness you hold for the 90s anime aesthetic. With several episodes directed by Kunihiko Ikuhara (Revolutionary Girl Utena, Yurikuma Arashi), the introduction of Chibi-Usa, and more, there’s plenty of meat here. While Viz’s sets are a mixed bag visually, the boxes themselves—complete with a limited edition booklet full of art and info—are nice additions to any collection.