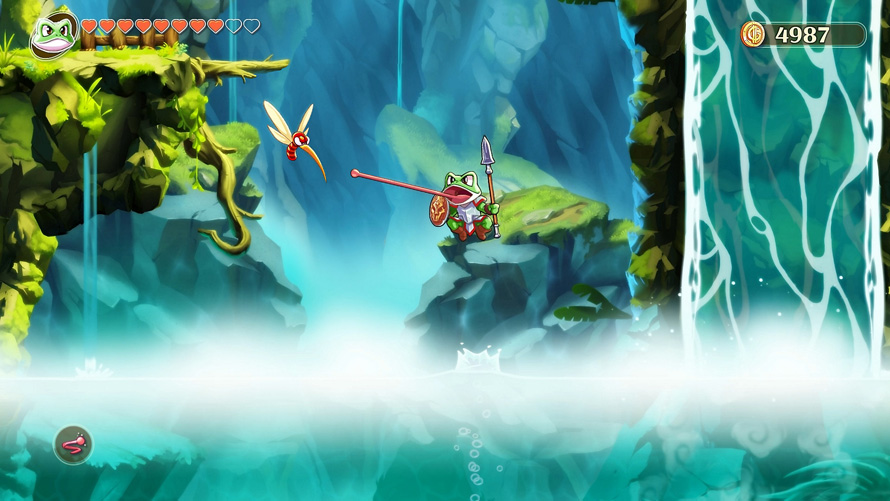 Monster Boy and the Cursed Kingdom is the latest in a long line of Wonder Boy games with complicated naming schemes. Its Metroidvania-style setup will instantly be familiar to anyone who has played games in the genre, especially fan-favorite series entry Monster World IV, but the complete package here is leagues above most of the competition. It is without hesitation that I say, in an incredibly bold and assured tone, if you only have time to play one Metroidvania game this year, make it Monster Boy.

Clocking in at around 15 hours or so, Monster Boy serves up exactly what I want out of the genre. It has a pretty large map but there isn’t any wasted space. There’s just the right amount of fanfare whenever you pick up an important item. The sense of progression comes through clearly without the need for experience points or leveling up of any kind. The bosses tend to be pushovers for the most part, but their gimmicks are clever and the journey in between is fraught with legit platforming and enemy combat-related perils. 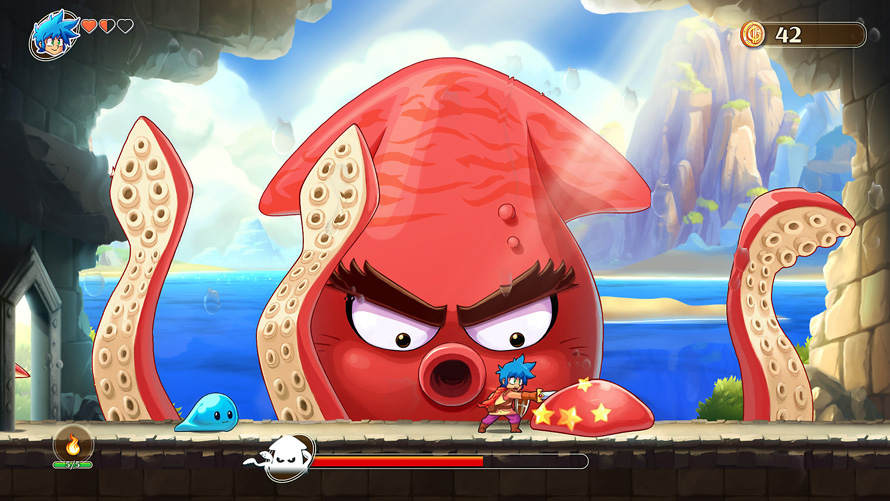 In other words, it’s the perfect side-scrolling stew. Making it even spicier is the 2D animation and background art. Characters move with fluidity without being overly animated, which can be an issue with ambitiously designed platformers. There’s a ton of variety in the locales across the map, and the developers clearly cut no corners as far as details are concerned. If they made a follow-up to this, as far as I’m concerned they wouldn’t need to make a single advance in the aesthetics department. Toss in a fresh map and some new transformations and we’re good to go.

If the visuals are a full dessert platter, the fact that the soundtrack is excellent—featuring contributions from industry masters like Yuzo Koshiro, Motoi Sakuraba, Michiru Yamane, and many more—is very much the icing on the cake. Even a while after finishing my first playthrough, I still have a bunch of the songs on constant loop in my head. It’s a great way to make sure traveling back and forth through the same areas never gets old, as you pop back into the woods once more only to exclaim, “Hell YES, this is a certified slapper!” 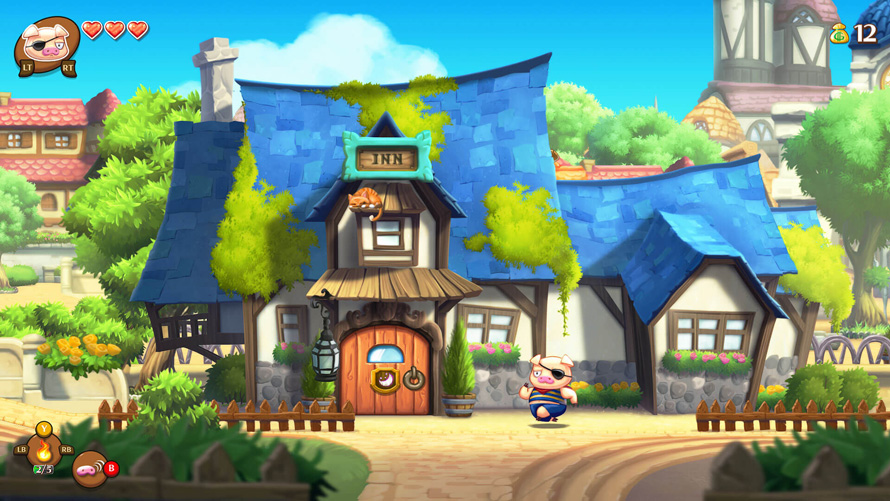 Throughout the adventure, you gradually acquire five forms on top of being a regular ol’ human—Pig, Snake, Frog, Lion, and Dragon—which is a mechanic the developers never forget to incorporate. This could have easily been a one-and-done device limited to the stages in which you acquire each form, but they all play a major role from beginning to end. I actually got a 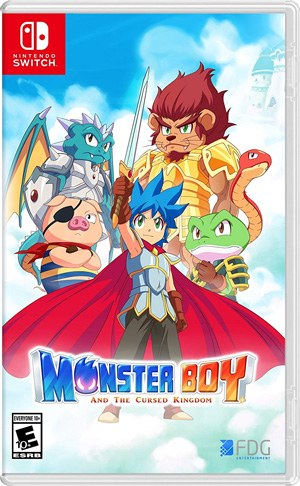 little overwhelmed thinking about how tough it must have been to pull off legitimately thoughtful level design while playing this. They all work together so perfectly that it’s clear the team spent a ton of time plotting out the progression of each individual stage.

Monster Boy and the Cursed Kingdom is a must-play game I’d recommend to pretty much anyone who likes colorful visuals, top-notch level design, and the level of personal TV game accomplishment that can only be accessed when someone actually does the genre justice. It’s available on all three major consoles, but as usual I have to recommend picking it up on Switch. Exploring the Cursed Kingdom is a blast on TV, but there’s something special about taking this particular adventure and its lush visuals on the go.