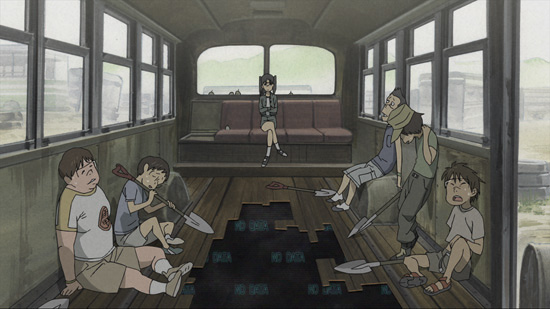 In Daikoku City, augmented reality eyewear (cybernavi), used by everyone from medical professionals to children, has been an integrated aspect of life for over a decade. Years of updates to and reformatting of the virtual world (new space), however, have resulted in omitted areas (old space) and incongruences. Respectively, these appear to cybernavi wearers as low, eerie fog and ignorable, distorted flickering. But what unknowns lurk within the world
in between old space and new space, and what hidden treasures or dangers do they harbor? Welcome to Den-noh Coil (alt: Dennou Coil)—
an exploration of humanity discernable solely through a science-fiction lens.

Despite the fact that elementary
student Yuko Okonagi’s just moved to Daikoku City with her little sister, Kyoko, and their parents, Yuko sporadically gets the feeling that she remembers certain places but has forgotten something important, and occasionally wakes from nightmares while gasping for breath. Yuko’s memory gap, much like the digital aberrations apparent only from behind a second pair of eyes, is only one of several mysteries plaguing the children of Den-noh Coil, which is also packed with action, humor, warmth, terror, and tears. 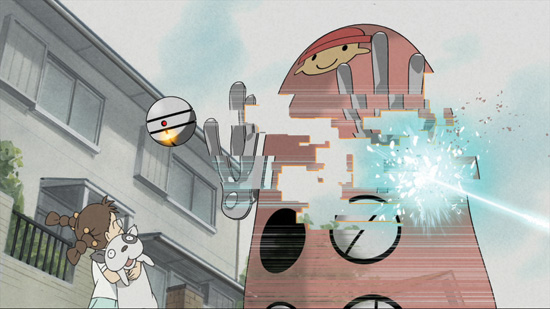 Mitsuo Iso wrote and directed this original anime, which runs 26 episodes, and he did a wonderful job of both. His ability to juggle so many emotions while tying together themes and never losing the realistic and essential feel of humanity is, quite frankly, astounding. But the initial attention grabber is Iso’s true-to-life portrayal of Kyoko, a pre-elementary school child. Everyone’s known (and probably been) that kid, and the depiction of Kyoko’s unbridled interactions with her older sister, her friends, and the family’s digital pet is very true to life—even akin to some of Miyazaki’s portraits in both behavior and design but with a more modern tint. Iso’s talent in evoking a child’s frame of mind even makes a recap episode entertaining by framing it within the established behavioral context of one of the side characters and having it narrated from his point of view.

Outside of characters (one of which is one of the best grannies ever for her animated umph, number of wrinkles, and degree of sagging flesh), there’s a distinct lack of outlines. Backgrounds are absolutely gorgeous for how, as an example, a silver pole actually stands out as solely silver against the light gray of a concrete façade and the blue sky mottled with white clouds above it. The presented world feels real instead of feeling like a presentation of reality, which relates to one of the themes of the series. Similarly, the CG integration is absurdly wonderful—possibly one the best 2007 had to offer; anthropomorphized antivirus programs (Searchmatons or “Sacchi”) and other elements are animated as to exist solely within the AR world, between the frames of cybernavi and their wearers, to establish them as something foreign and imposing. 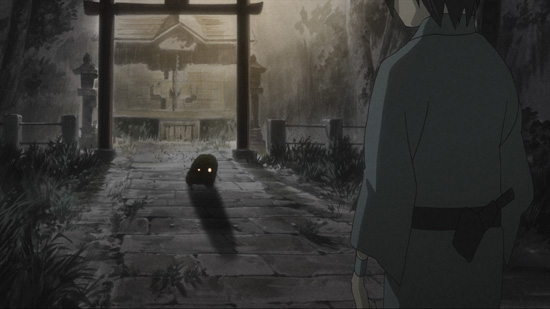 Thankfully, there’s rarely an information dump; the history of the world and pieces of all the mysteries, as well as how they affect the characters, appear and fall into place—sometimes foreseeably but more often surprisingly—with a natural feel. It’s a series that evolves
over a good number of episodes and continues to twist. The only downside is that the end, in untwisting all the knots, favors rushed convenience in tending too much toward explanation
as opposed to established exploration.

Evoking chuckles, guffaws, shivers, sniffles, and sobs, the story centers around a circle of children growing up as dual citizens of the analog world into which they’ve been born and the digital world with which they’ve been both
gifted and cursed. The nature of the story shares with Serial Experiments Lain more than a few talking points, not the least of which is the use/abuse of technology and the psychological and societal ramifications thereof. Fortunately, the series is relatively upbeat and warm and a great watch that you’ll want to revisit and share. Recommended.