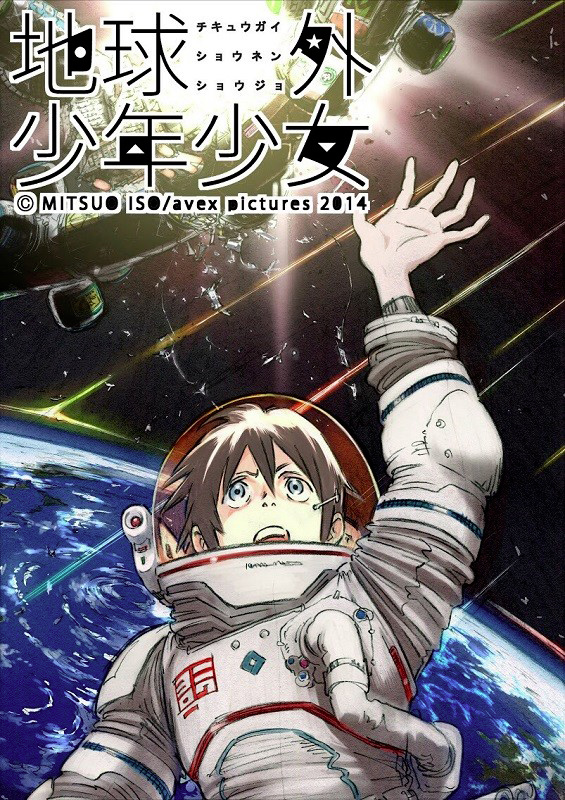 That’s the word from Anime Central, where Iso is guesting up a storm.

The series will be animated over at Signal.MD (Napping Princess) and feature character designs by Kenichi Yoshida (Eureka Seven).

The series is set in 2045, and centers around a group of children who are stranded aboard a space station. Think Den-noh Coil meets Gravity. Chikyugai Shonen Shojo translates literally as “off-world boys and girls.”

At the convention, Iso expressed his desire to make a space-set series that feels real, since there are actually people visiting and living in space these days.

The original copyright for the series is listed as 2014, leading us to believe this series has been in the work for a while.

In any case, here’s looking forward to the first series from Iso in way too long.