Reaction To Image of ScarJo as Ghost in the Shell’s Major Vast, Infinite 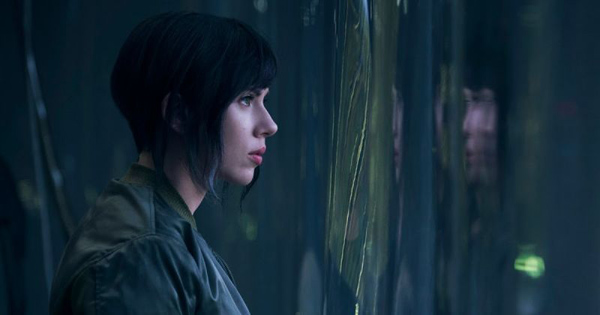 It’s been about a week since the internet got its first look at Scarlett Johansson as the Major in Paramount Pictures/Dreamworks’ live-action adaptation of Ghost in the Shell.

Since then, reaction to the image has been, in Ghost in the Shell terms, vast and infinite. We’ve rounded up some of the most interesting, controversial and just plain funny reactions from around the net below.

On the serious side of things comes a YouTube post from screenwriter and director entitled “If You’re Mad About Ghost In The Shell You Don’t Know How The Movie Industry Works.” Landis, who wrote the Akira-inspired Chronicle, gives an industry-insider explanation of why ScarJo got the part. Since the release of that video, there have also been multiple editorials about why Landis is wrong, natch.

Meanwhile, over at New Republic, deputy editor Ryu Spaeth argues the give-and-take between American and Japanese popular culture, especially since the end of the second World War, makes the casting of Johansson more than a simple case of whitewashing.

A voice from behind the scenes of the production comes to us from Sam Yoshiba, who runs the international business division of Kodansha, the publisher of the original Ghost in the Shell manga, comes to us from Hollywood Reporter. Yoshiba is quoted as saying “Looking at her career so far, I think Scarlett Johansson is well cast. She has the cyberpunk feel. And we never imagined it would be a Japanese actress in the first place.”

What about Japanese fans? Kotaku has a roundup of some reactions from bulletin board 2ch, which ranged from positive to meh to “hey, the Japanese Attack on Titan was all Asians, after all.”

Finally, reacting to the news that Paramount and DreamWorks reportedly hired VFX experts to make Johansson and other actors look “more Asian,” comedy site RocketJump has released this parody video giving us a peek into what that process might’ve looked like.

We’re sure there will be no shortage of this stuff as we edge closer to the live-action Ghost in the Shell’s March 31, 2017 release.