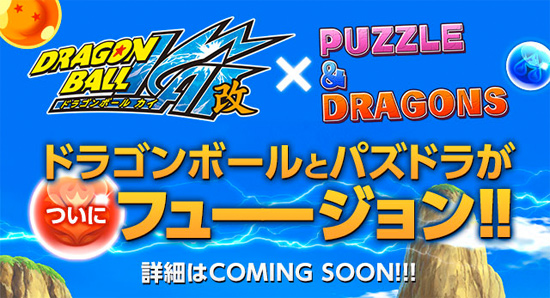 Puzzle & Dragons. You may have heard of it. Little game for your phone, combines the color match puzzling of Bejeweled with the monster collecting of Pokemon, reportedly the highest grossing app in the world on iOS and Android, making something like 3 million dollars a day. That one. P&D’s done suitably huge collaborations in the past with mega-IP like Evangelion, Hello Kitty and Batman, and now they’re setting their sights on perhaps the godliest of modern anime properties: Dragon Ball Z Kai. 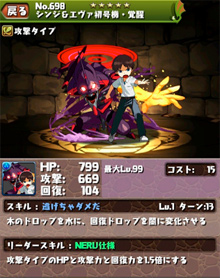 P&D producer Daisuke Yamamoto confirmed Monday that they’ll be collaborating with DBZ Kai, the TV anime that cut out the fat from Akira Toriyama’s epoch-defining action manga when it aired back in 2009, and is back for a victory lap this year.

There’s still not a lot of details on what the collaboration is going to entail, exactly, but
more information will be revealed at the P&D fan appreciation festival on May 25. If it’s anything like previous collaborations, there’s going to be new dungeons and themed monsters to go after, including famous Dragon Ball characters like Goku, no doubt.