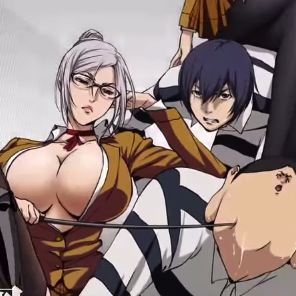 The Prison School anime is scheduled to kick off next month, and after that we can look forward to the release of the opening and ending theme singles. Warner Bros. has the OP, “Ai no Prison” (“The Prison of Love”), and ED, “Tsumibukaki Oretachi no Sanka” (“A Hymn for Us who are Sinful”), set for an August 5 release in Japan.

Both songs are performed by the new Kangoku Danshi (Prison Boys) unit, which consists of the five main male voice actors from the show: Hiroshi Kamiya, Katsuyuki Konishi, Kenichi Suzumura, Daisuke Namikawa, and Kazuyuki Okitsu. You can see a preview of each track below.