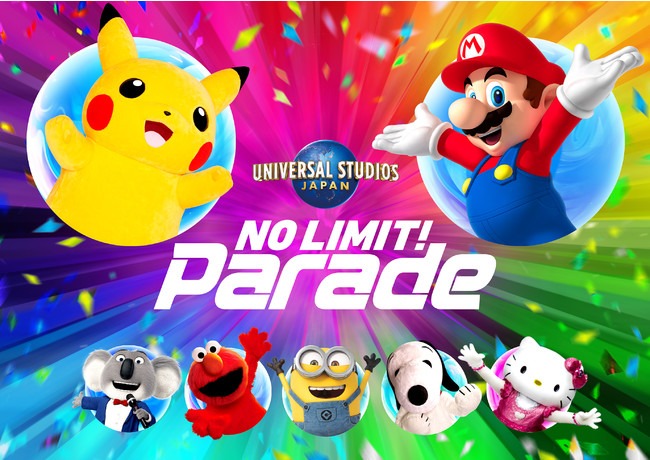 The No Limit! Parade at Universal Studios Japan used to march through the amusement park, filled with characters from all different franchises. The parade was put to a halt because of COVID, with the park spending its time either closed or at limited capacity. But as things are slowly returning to normal, Universal Studios Japan has decided to start the No Limit! Parade up again in the spring. And it’s going to have Mario and Pokémon take part.

Since the last parade, two important things have happened: Super Nintendo World debuted (with a Donkey Kong section underway), and USJ inked a deal with the Pokémon Company. At the time, Pokémon Company CEO Tsunekazu Ishihara remarked, “This strategic alliance with Universal Studios Japan reflects our commitment to continue delivering the joy of Pokémon in ever evolving ways for years to come.” We were also told that “the real and virtual worlds will come together creating a revolutionary theme park experience” and further that this will “immerse guests into the world of Pokémon with innovative technology and creativity beginning in 2022.”

Super Nintendo World, meanwhile, has been surrounding people with all things Mario, from a real life version of Mario Kart to specially themed food and merchandise starring the plumber and his pals.

The promotional image shows us Mario and Pikachu, but their announcement refers to “Mario and friends” and “Pokémon” in general, so we should see more than just these two iconic faces standing in for their franchises.

You can see that Hello Kitty will also be involved in the No Limit! Parade, but it isn’t just Japanese franchises. Sesame Street, Minions, Peanuts and Sing will all be taking part as well. The characters dance while they parade around, and the music in the background will be anything from EDM to classic rock.