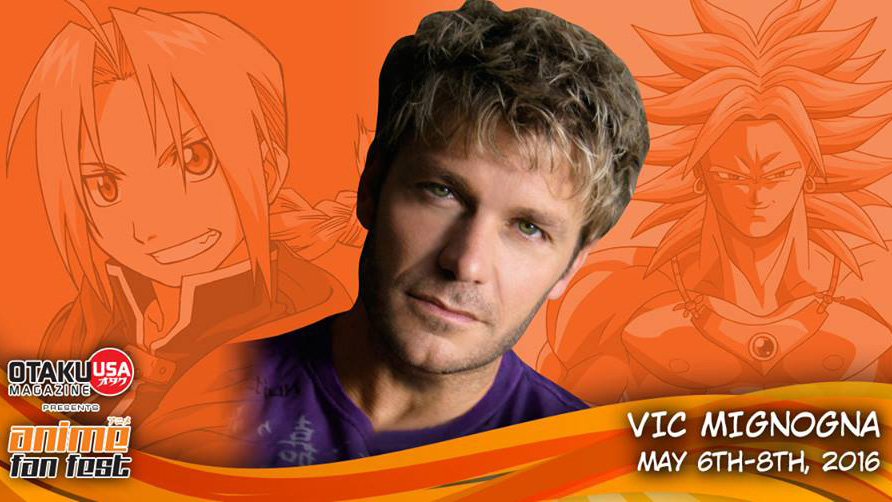 The prolific voice actor famous for playing Edward Elric in Fullmetal Alchemist will not only be on hand to meet and sign autographs for fans, he’ll also be participating in these panels & screening at AFFNJ. (Times & Days TBD)

‪#‎Intergalactic‬ Alchemist: An evening with Vic Mignogna. Vic has been a major contributor to the voice acting community, appearing in many of your favorite series from Fullmetal Alchemist to Naruto but along with being behind the mic, Vic has been able to stay in front to the camera by being producer and director for Star Trek Continues, please enjoy this rare “one on one” time with one of your favorite actors.

Star Trek Continues Screening: Share the first episode “Pilgrim of Eternity” followed by an in person Q&A for the multiple award-winning web series that continues the five-year mission of the original Star Trek series.

#Inside the Alchemist Studio: Fullmetal Alchemist Celebrates its tenth Anniversary and Anime Fan FEST New Jersey is honored to bring to you the creative staff who made its American release possible. On stage will be ADR Director and Lt. Havoc, Mike McFarland, Voice of Edward Elric, Vic Mignogna, Voice of Alphonse Elric, Aaron Dismuke and former Senior Marketing Director, Lance Heiskell.

For more info about the events and panels planned for Anime Fan Fest, click here. A full list of guests is also available. Stay tuned to Otaku USA for more info!