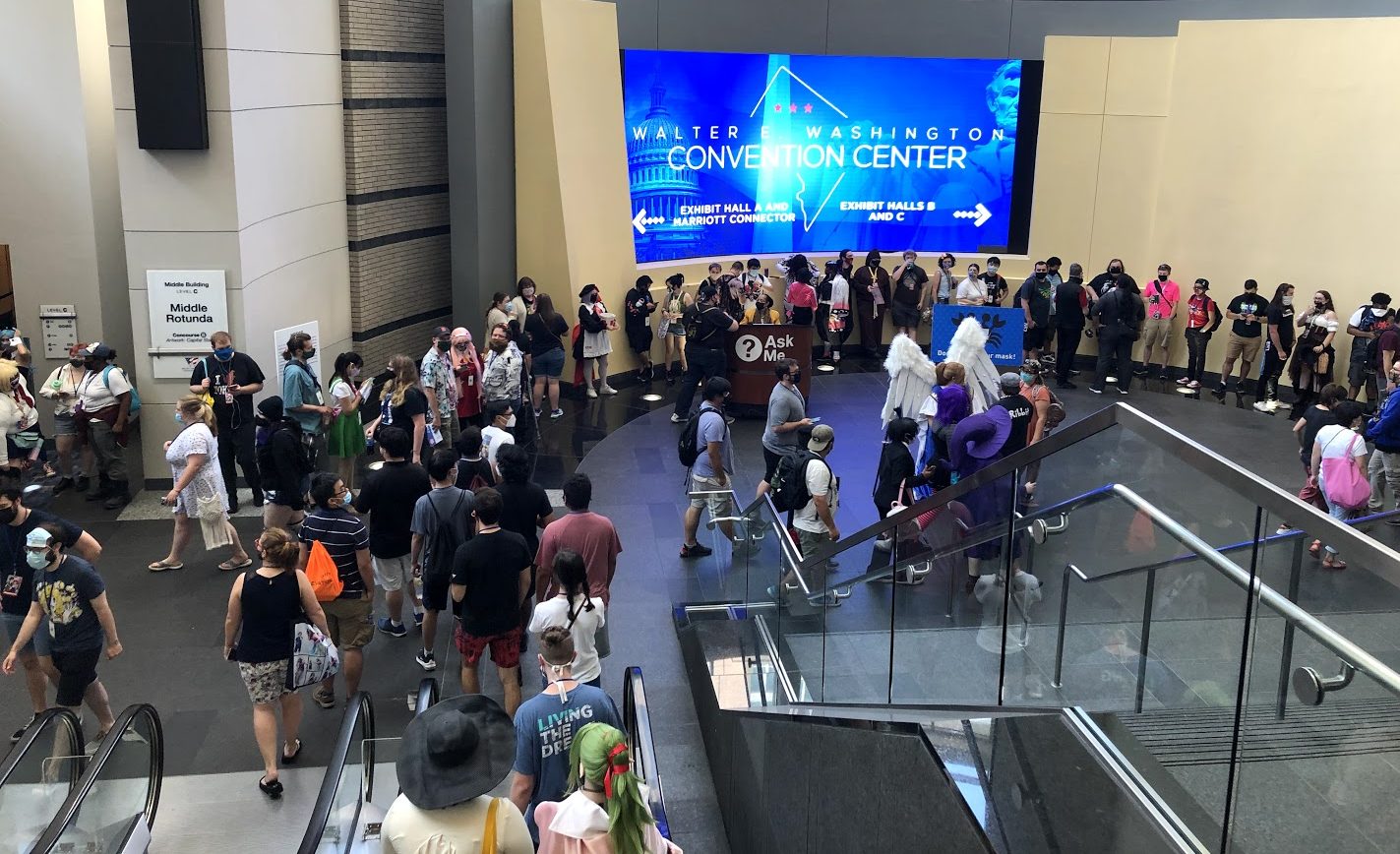 Fan conventions have found themselves in a conundrum ever since March 11, 2020: the day the World Health Organization declared coronavirus disease 2019 aka COVID-19 as a global pandemic. Hospital capacities were exceeded as nations sealed borders, schools closed, sporting events were canceled, and offices began to work from home. The world learned about social distancing and the necessity of face mask wearing. Most fan conventions canceled their 2020 in-person events entirely, invoking a contract clause with their venues known as “force majeure”: the occurrence of an extraordinary event beyond the reasonable control of the convention or venue which prevents them from being able to hold the event.

But many in America grew weary of the preventative measures. After a few weeks/months, certain state and local governments calling for a return to normalcy declared businesses could hereby reopen, thus eliminating the need to pay unemployment benefits and depriving conventions of their “force majeure” justifications. Conventions were faced with a tough choice: do they responsibly cancel their event which could result in either personal or organizational bankruptcy, or hold the event as scheduled knowing full well that gatherings of crowds would likely accelerate the spread of the virus? The answer varied by state and event, but as businesses reopen and vaccines and treatments emerge—along with more potent variant strains of the virus—fan conventions along with other large-scale gatherings are gradually starting to return as the pandemic enters its second year. 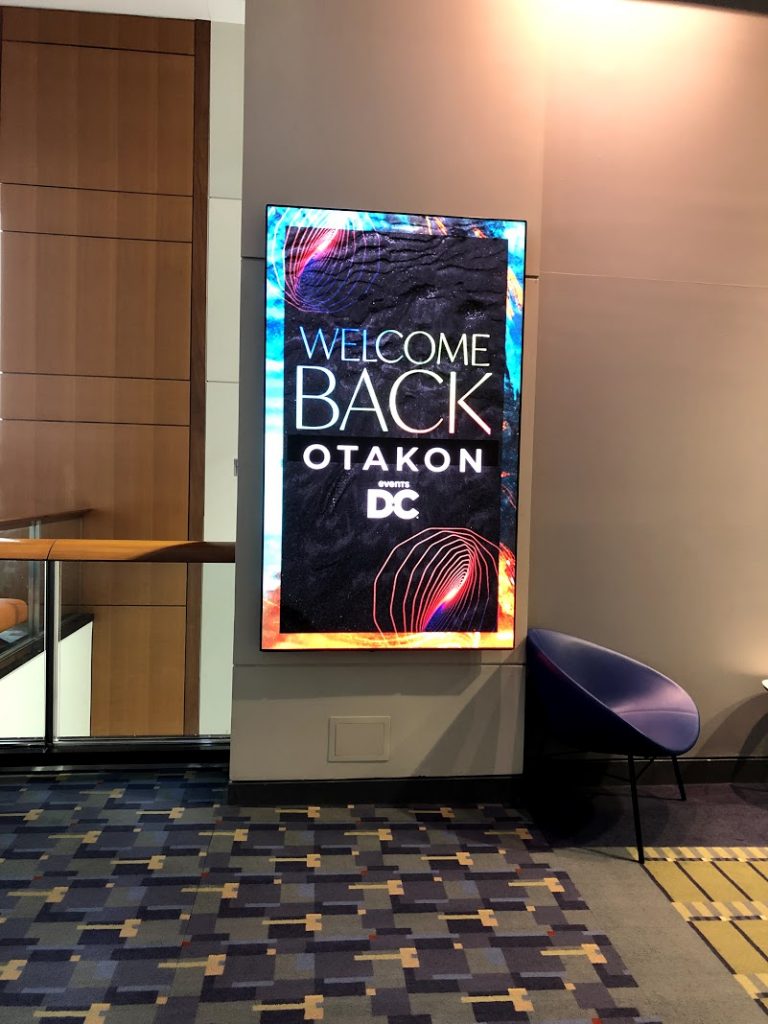 Otakon ranks among the largest anime conventions in the United States, but after having canceled their 2020 convention such that all 2020 registrations would roll over to the next year, they realized they would not have the finances to survive a second year if they canceled again. Their venue, the Walter E Washington Convention Center, had been converted over to an emergency field hospital for COVID-19 patients a year ago.

Then, the announcement came that Washington, D.C. would be reopening: the convention that typically took over a year to plan now had to be ready to go in a little over two months. There would be no in-person guests coming in from Japan, so the traditional musical acts, voice actors, fashion designers, artists, and anime staffers would not be attending. There would be no large industry booths originally made for licensing expos present. Nor would there be any nightly raves (which for insurance purposes are referred to as “dances” by anime convention staffers but listen: aside from most of the formal balls, anime con dances are raves), and the convention center would shut down two hours earlier than usual to allow sterilization crews to disinfect the place. With a universal mask requirement, lagging vaccination rates (and no reliable way to prove one’s vaccination status), and COVID-19 cases once again on the rise, I anticipated attendance to be light.

I could not have been more off the mark. 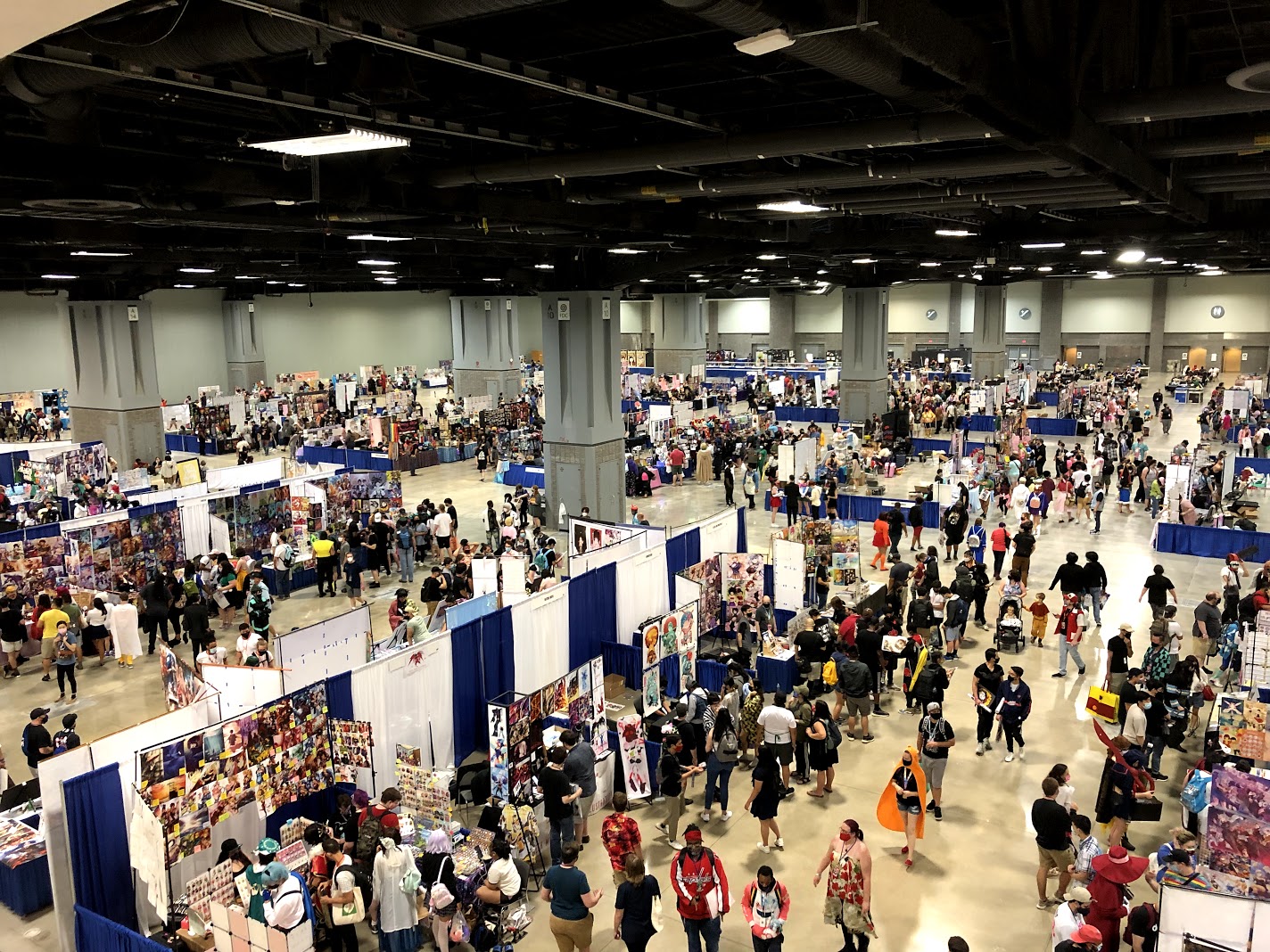 An estimated 25,543 unique attendees showed up for Otakon 2021, visually indistinguishable from the 28,430 that attended in 2019. Even otaku yearned to get out of the house after so long, such that the only obvious difference between this anime convention held mid-pandemic and any other year was that proper mask compliance among D.C. fans was near-universal; it felt like 99% of fans were taking the mask requirement seriously. Good thing too, because despite the ubiquitous signage everywhere there would be effectively zero enforcement of the mask policy by Otakon staff; merely a polite ask which if ignored would not be pushed further. (Fortunately, the convention center staff were more adamant about this, refusing entry outright to those unmasked.)

This was in stark contrast to enforcement of perceived fire hazards—e.g., standing/sitting in the wrong place—which was swift, immediate, and stern. Revenue-starved from not only having canceled the prior year’s convention but also rolling over the prior registrations, no attendance cap was set for Otakon 2021, and with attendance being virtually identical to previous years the logical end result is that there was absolutely no social distancing employed anywhere. Lines for entrances to the convention center and dealer’s room were as packed as ever. Elevators were filled despite signs that read “1 or 2 persons only at a time, please.” Chairs in video and panel rooms were not spaced out, and fans attempting to distance themselves in seating were encouraged to fill ALL seats by staff, same as any other year. Vendors in the dealer’s room and artist alley were directly adjacent to one another and allotted the same space as any other year, with no capacity limits save for whatever the fire marshals established (or seats were available).

There were no discernible changes to the layout of the video game room aside from a recommendation that you might want to disinfect your hands after play. There may not have been any social distancing no matter what signs were placed, but at least filled hand sanitizer stations were all over the place and the field hospital upgrades made to the convention center meant that the air filtration system and cleaning/disinfecting policy were effectively medical grade. 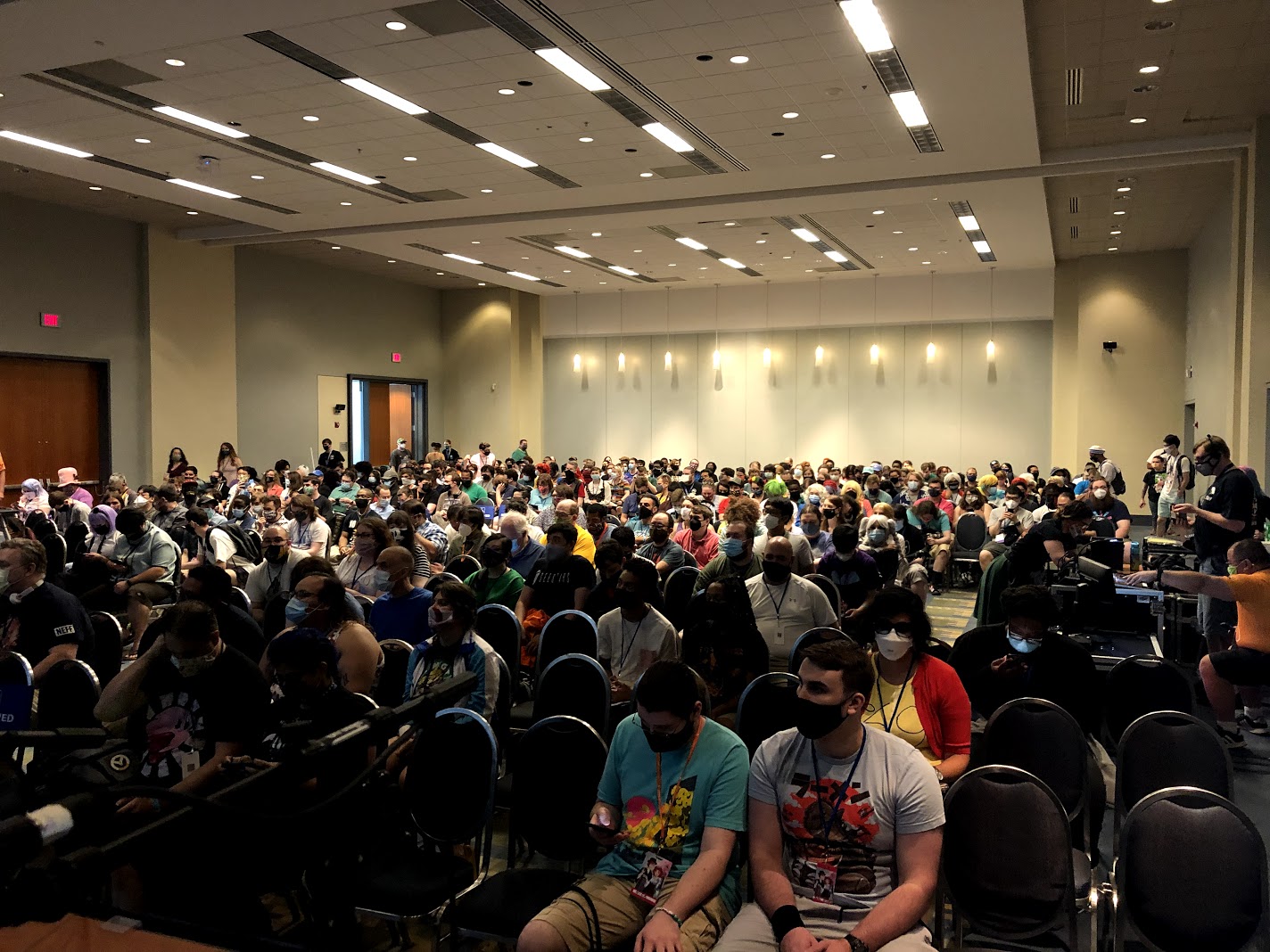 Was it too early for big fan conventions to return? Personally, even despite having been vaccinated for months I felt a little uneasy in the crowds once I realized Otakon 2021 wouldn’t be 50% of the usual size. But truth be told, I was far more concerned about being in the airport or inside of a restaurant than I was about being at Otakon even at its most congested.

Early indications suggest there was not a massive spike in COVID-19 cases as a result of the convention, and if that ends up being true it would suggest that if everybody just follows the rules then we can safely have anime cons again. But it’s still a little too soon to know for sure. We’ll see how things play out after the massive geek conventions in states where the fans, staff, and venue are likely to be far more resistant to mask wearing and vaccination compared to D.C