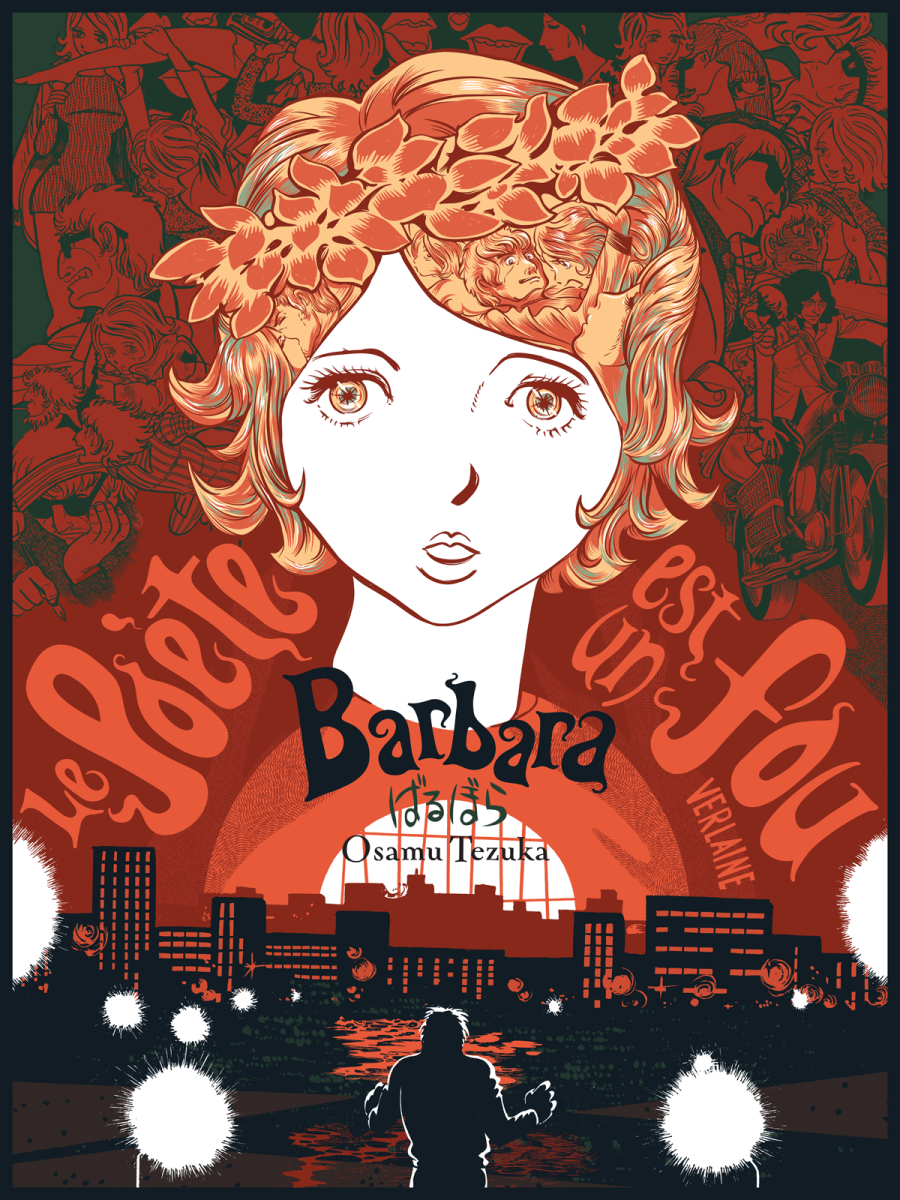 Digital Manga Publishing stepped out of the mainstream by licensing Barbara (and funding it on Kickstarter), because while it’s from Osamu Tezuka, it’s a strange, unconventional title. But readers ought to be very grateful, since Barbara is a fascinating, thought-provoking read, and has never been in English before.

People who picture children’s manga and silly gags when they think of Tezuka will get to see an entirely new, adult side to the mangaka. The lead, Yōsuke Mikura, is a deeply flawed symbolist author who will never be a hero because of his temper and violent reactions, but who fits the bill of the tormented “mad artist.” He finds the enigmatic Barbara, who at first glance is an alcoholic bum. Before long, though, readers grapple with the question of what exactly Barbara is: a Muse, a witch, a figment of Mikura’s imagination? Her mother looks like a life-size Venus of Willendorf and while Mikura might suffer when Barbara’s around, he suffers so much more when she leaves.

The first few chapters feel like the same story being recycled, with Mikura meeting a woman who may or may not be Barbara and then having Barbara more or less destroy that woman to keep things from going too far. However, Tezuka then breaks from this mold, and when he does, the chapters get more and more intriguing. In one particular story, for instance, Mikura is working on his book and planning to kill off the main character, only to be told that he’s writing his own story and would thereby kill off himself.

This manga is thick at a little over 400 pages and bursting with artistic and literary merit. While it’s long and gives you a lot to think about, it’s also easy to read and doesn’t get bogged down. The one issue I had with it — and which Frederik L. Schodt points out in the foreword — are depictions of race and violence against women that are offensive now but considered more acceptable when Barbara was being written. The rest of Barbara is fantastic, but those parts are really hard to stomach, and the only way I got through them was telling myself to look at this metaphorically as Mikura beating up on his Muse and his own self. That might be what Tezuka meant anyway… I hope that’s what he meant. Very little in Barbara is straightforward.

It’s unfortunate those parts are in there, but it’s good that they are acknowledged in the foreword instead of being ignored or glossed over. I still think Barbara is worth reading as an eye to the time it was written, and as a very alluring look into the world of symbolism. You never know what to expect, but it all feels so psychologically real. This is a manga that stands out for its brilliant surrealism and fantastical mythology.