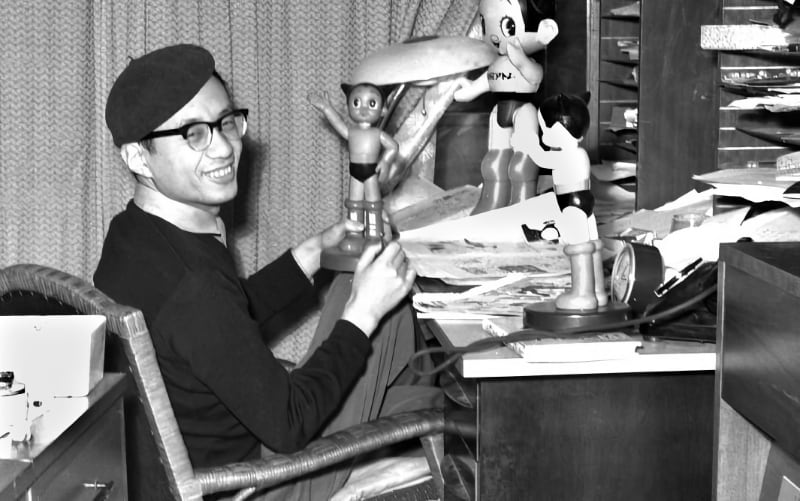 As anyone who’s interested in the anime industry knows, animators (especially young ones) face chronically low wages, causing a majority of newbies to drop out of the industry within one or two years.

But it’s not that simple, says Yusuke Nakagawa, the author of a new book about the anime industry in its early years.

Nakagawa says that the bit of “common knowledge” about Tezuka and his cutthroat costs was spread by one Hayao Miyazaki, who had some not-very-nice things to say about the god of manga and his anime production company, Mushi Pro, in a 1989 interview following Tezuka’s death.

Aside from generally bashing the recently deceased, he also said: “in 1963, Tezuka set the price for one episode of Atom at a very low 500,000 yen per episode. Because of the standard he set, anime production budgets have been low ever since.”

But, Nakagawa says, that statement is “totally false.”

Tezuka, Nakagawa says, realized that rate was still quite low, but that he had other avenues to make money off Atom: foreign licensing rights and merchandizing. Though Tetsuwan Atom was broadcast on Fuji TV, Mushi Pro retained the rights to the actual product, meaning they made all the money from merchandise and licensing. Nakagawa argues this system, plus Tezuka’s cost-cutting measures like “limited animation,” helped turn the show into a money maker.

So, who’s actually to blame for anime’s low wages? Nakagawa says much of the blame lies with two other early anime companies: TCJ (now Eiken), which produced Tetsujin 28 and 8 Man, and Toei Animation, which produced Wolf Boy Ken.

The accumulation of choices made by those two production houses, such as underestimating the cost of producing a weekly series, as well as giving away character and merchandizing rights to their broadcasters, set the pattern of low anime wages that continues today.

There you have it. According to this researcher, at least, Tezuka gets the blame, but he actually had a smart business model going: make anime on the cheap, but hold onto merchandizing rights.

On the other hand, the companies that got in on the TV anime boom after Atom became a hit were less thoughtful, giving away too much and budgeting too cheaply. Those are the folks, says Nakagawa, Hayao Miyazaki should’ve been so angry with back in 1989.