One Piece in the New World and Beyond 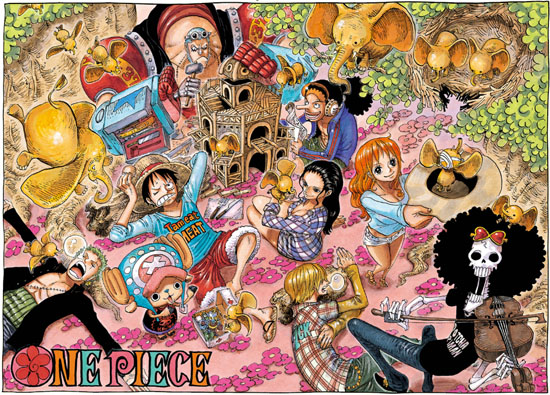 Eiichiro Oda has built himself one hell of a playground. It’s like those old toy commercials that featured the luckiest kids in the world slammin’ their G.I. Joes or Turtles in elaborate, craggy playsets that didn’t exist and would take way too much effort and time to reconstruct. Over the past 15 years, One Piece has spiraled into a yarn that—in an effort to avoid the easily grabbed, overused “epic”—is certainly as vast as the seas it depicts. In its latest releases, Viz has provided a hard-to-resist lure into its burgeoning digital realm, with all volumes past 60 currently only available through Vizmanga.com. Further chapters can be read via Shonen Jump Alpha, and after finally catching up to the latest installment, I can definitely say the ride has been worth it.

As painful as the wait for new print volumes has been, the cut-off point is almost ideal. Almost. After all, when we last left Luffy and co., the insane, world-changing Paramount War was coming to a close, creating a massive fork in the road for the crew. We’ve spent so much time with Luffy, and only Luffy, since the Straw Hats were scattered away from the Sabaody archipelago, that it’s nice to not only get some time to take a breath from the action, but to also catch up with everyone else we’ve been missing. 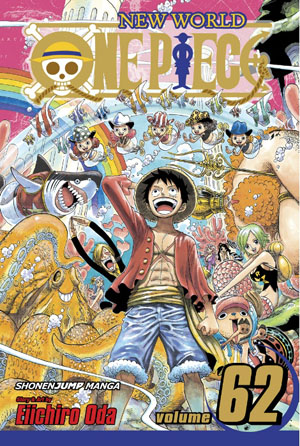 I thought it was a pretty interesting decision—and kind of a bold one, too—for Oda to essentially ignore every other member of the crew from when Luffy stormed the  previously impenetrable prison Impel Down to the conclusion of the mighty war. I’m kind of tip-toeing around certain details here in case anyone hasn’t read to this point, but those who have know what a profound impact the end of the events in Marineford have on Luffy. It makes sense to focus on his solo adventure; he is the main character, after all. But One Piece is such a successful ensemble showcase that it still comes as a surprise.

Here’s where more of Oda’s genius slithers its way into the narrative. After we learn more about Luffy’s past and are eventually given the chance to see what Sanji, Usopp, Chopper, Nami, Robin, Franky, Zoro, and Brook have been up to, the effect is ten-fold. I found myself tearing up—not out of sadness, but out of excitement—just seeing how the Straw Hats were spending their two years apart from one another in an effort to get stronger and eventually reunite with their captain. It says a lot about the power of the characters Oda has created, and I’ve experienced similar things multiple times throughout the series. He has a way of introducing someone you’re initially unsure about, only to be won over through a combination of their history and unique, shining personality.

The arc underway through volumes 61-64 is dubbed New World, but it could just as easily be referred to as the Fish-man Island arc. This is the island we’ve been waiting to see since sometime around the Sabaody arc, so it’s been a long-time coming, and was victim to a few necessary detours along the way. Now that the crew is reunited, the fun across these chapters is seeing just how much stronger they really are. Fish-man Island showcases the real wedge between the surface world and the one under the ocean, where mermen and other sea creatures live with an ever-bubbling resentment for humanity that ultimately results in hatred and, in some, a truly caustic superiority complex.

The main villain of the arc, Hody, is the very manifestation of this hatred. Having formerly served under Arlong—who the Straw Hats faced way back when the volumes were still in the single digits—Hody is now more determined than ever to reject humanity and let the fish people rise as the great race they’re meant to be. This directly clashes with the desire of the Ryugu Kingdom, and its leader King Neptune, to eventually unite with the surface world per the late Queen Otohime’s wishes. Naturally, Luffy finds a way to get embroiled in this conflict, and aims to set things right while avoiding pesky details like being hailed a “hero,” which is certainly not a pirate-like moniker to claim. This all ties neatly into the previous events in Arlong Park, a further showing of Oda’s ability to stay true to his world and continue to build on it carefully and not just stack arc upon arc like a teetering Jenga game with no consideration of the past. As hard as it is to believe, 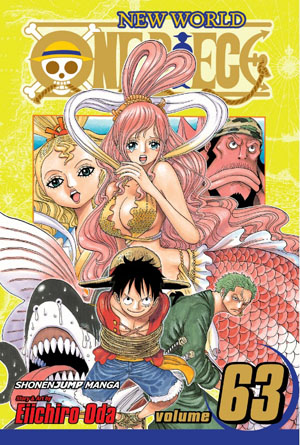 the action also continues to get better and better. Despite the fact that the crew is almost obscenely powerful now—Franky, for instance, busts out a full-on mech at one point—the situations they find themselves in still manage to provide a formidable challenge.

Once they’re done with Fish-man Island, it’s on to the next, Punk Hazard, an island half engulfed in flames and half chilled to its core. This brings us to the current set of chapters serialized in Weekly Shonen Jump Alpha, the most recent of which is Chapter 660, just a couple of installments behind the Japanese edition. It’s kind of strange to finally be caught up with everything legitimately available in English, but it’s a blast to get weekly chapters beamed straight into my brain… er, iPad. Whatever. All of this will eventually be available in print, and if I had my way I would still be buying physical copies of One Piece. Don’t think of this as a hard sell on jumping aboard the digital cruise, but if you want a legit way to stay reasonably close to the weekly Japanese exploits of Luffy and the rest of the Straw Hats, this is it.