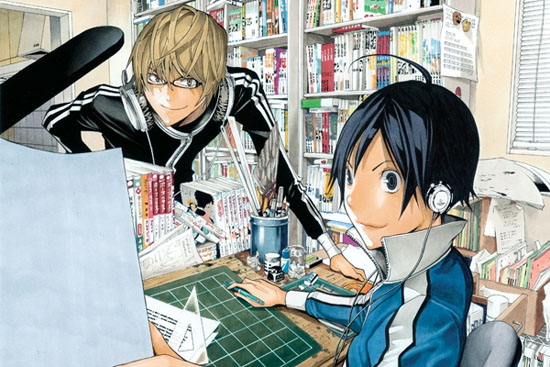 It’s the end of another manga era this week with the last of Bandai Entertainment’s manga trickling out into the market. Today it’s the last volumes of Code Geass: Knight and Code Geass: Queen. With the company no longer producing new content – and it being unclear how long they’ll keep existing titles in print – it’s a wise idea to make a log on or visit to your favorite manga buying shop to get your Code Geass fanservice fix while you can!

It’s nice to follow up that knowledge with a company moving forward with its publishing. GEN Manga – best known for their manga anthology of the same name – is releasing one of their first collected editions this week with VS Aliens. The story felt to me a bit reminiscent of the Haruhi Suzumiya series in both art style and story tone as I read it via serialization. It’s about a boy who is approached by a classmate claiming a fellow student at their school is an alien. What’s a person to do? 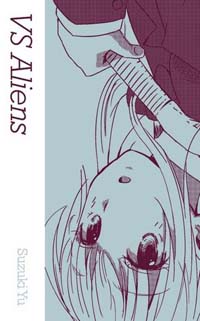 Page-count winner of the week is the newest omnibus volume of Negima, which collects the original tenth, eleventh, and twelfth single volumes of the series. In this book it’s festival time at Mahora Academy and young teacher, Negi, finds he has so much to do that he looks to one of Chao’s inventions to help him gain the time he needs to do it. While he solved the time problem, there’s still that little issue of the martial arts tournament. These are a great set of volumes to see a number of characters literally in action. Who will be left standing after one of the more exhausting school festivals out there?

Vertical Inc is releasing the third volume of Drops of God, continuing the global hunt for the Twelve Apostles of Wine. It’s a story of an impassioned newcomer versus seasoned veteran in a brother versus brother battle to earn their deceased Father’s renowned collection of wine. While their competition can get tense, it’s a lot safer so far than the new trials Eikichi Onizuka is up against in GTO: 14 Days in Shonan. Will he survive the mischief and assaults from his new group’s most dangerous member, Miki Katsuragi?

Viz Media’s big April batch has a little bit of everything, from demon exorcists to magical princesses, from battling pocket monsters to culinary chaos and high school basketball.

In this week’s Slam Dunk (Vol.21) it’s “do or die” as the second half of the current game winds down. If the Shohoku High School team doesn’t win this game, they lose their chance to 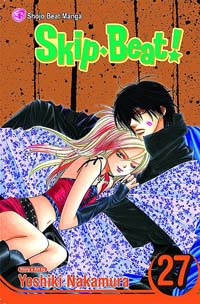 advance to the nationals. No pressure, right? The numerous creatives in Bakuman. continue to face their own pressures with mounting deadlines, nerve-wracking survey results, and their own personal dramas. Moritaka and Akito’s biggest concern is coming up with a new manga series to submit for serialization, but with their old editor now helping them out, I’m extra eager to see what kind of story they come up with!

For a dose of the romantic, I’ll be looking to the new volume of Dawn of the Arcana. I’m not exactly thrilled to read this knowing the usual adage of ‘nice guys finish last’ will in all likelihood apply, but the interwoven political drama, romantic complications, and will-it-be-that-relevant magical powers have made it an interesting read so far. For a series that always manages to surprise me with its character reactions, however, I look to Skip Beat. It adds some pop-star energy and craziness to the standard shoujo manga framework. This twenty-seventh volume sees Ryoko and Ken struggling in their newest roles when they’re cast in a show together as siblings. Let the drama ensue – action!

One Piece in the New World and Beyond
Gundam Zaku Tofu: Hottest Tofu in Japan!