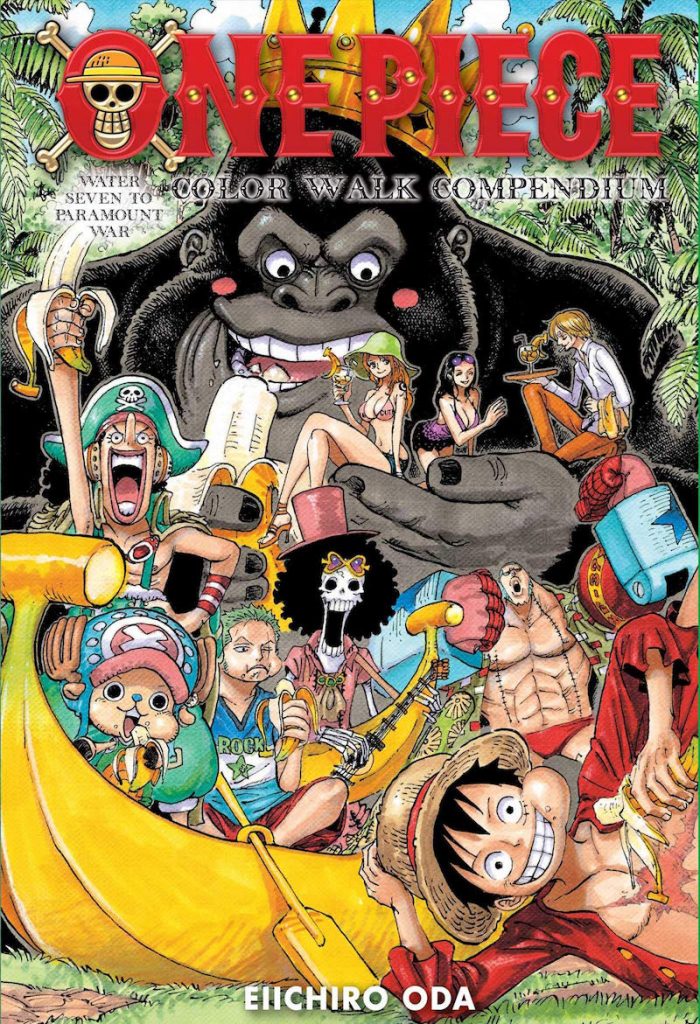 VIZ’s One Piece Color Walk Compendium: Water Seven to Paramount War is a great source of artwork and information for fans of One Piece. Open the book and the first thing you see is a long, fold-out scroll of the characters. And if you open the back of the book, the first thing you see is a double-sided poster, followed by a second, one-sided poster.

Between these are 312 pages of colorful One Piece goodness. Ranging, naturally, from the Water Seven arc to the Paramount War arc, the book offers up Shonen Jump covers, volume covers, and color spreads from the weekly chapter releases and mini manga. It has early sketches and even a section on puppets based on mangaka Eiichiro Oda’s work. Commentary from Oda is found throughout the book, where he remarks on everything from “characters being your children” to why beach side ramen is so good to his admiration of the wa aesthetic in Japan. It’s nice to be able to experience a creator’s multiple moods, from being silly to being serious.

One Piece Color Walk Compendium: Water Seven to Paramount War can be helpful to fans of manga in general, or artists who want to learn more about styles and creators. Overall, though, its main audience will be people who are already fans of One Piece. That narrows down its readership, but One Piece is the bestselling manga of all-time, and this is a great book for its fans.