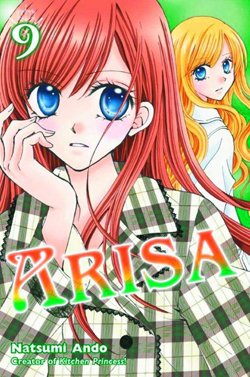 Happy belated Thanksgiving, fellow Canadians out there! A perfect prelude to acknowledgement that this week’s On The Shelf is a tad later than normal – turkey comas and all that, you know? But this week’s manga listings were quick to snap me out of it. There are good weeks, and then there are ‘good’ weeks and thanks in particular to a new (returning) title from Vertical and a hefty stack from Viz Media, among many other awesome things, this definitely qualifies as one of the especially good ones.

Kodansha Comics starts us off with another volume of their suspenseful shoujo mystery, Arisa. A lot of huge developments occurred in volume eight and now it’s time to see how they play out. We now know who the King is – the identity of whom didn’t fool most of the series’ astute readers I’m sure! – and now Tsubasa’s sister has woken up. There are only three more volumes left after this one so everything is about to start wrapping itself up. But how do you wrap up a story like this? Who is actually on whose side? Where will Tsubasa stand when it’s over? And what kind of person is Arisa really? This series has its up and downs for keeping my attention but I’ve never stopped being curious about these things and I’m eager as ever to learn it all at last. Could this be the volume?

Ghost in the Shell (Vol.1.5) will be a must-have edition for many readers today. If you’re confused about the numbering, let me assure you that you’ve probably read it right – volume one and a half. This book collects a number of stories that were written by the story’s creator, Masamune Shirow, after finishing Ghost in the Shell and prior to completing Ghost in the Shell 2. These chapters have never been published in North America before, and with the continued affection for the franchise, it’s a wonder it’s taken this long. Snap it up while you can for another dose of Section 9 and their battles against the future’s techno-crimes. 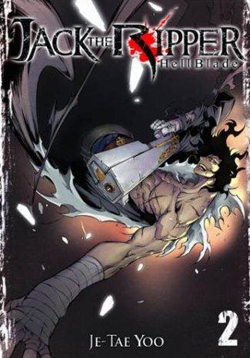 Seven Seas’ new book is the second volume of Jack the Ripper: Hell Blade. Who can ignore a cover that cool looking? Seven Seas promotes the series as being “for fans of Hellsing and Berserk,” but I’d toss historical and literary geeks in there as well. If the cover doesn’t pique your interest for a stylish, action story, how about the knowledge that it’s a story about Jack the Ripper, demon-slayer, and his occasional partners in crime-stopping, Sherlock Holmes, Nikola Tesla, and Dr. Hyde?

Vertical Inc serves up what I think is the most notable title this week via the power of nostalgia and being just downright stylish. Years after the title was originally released by Tokyopop, and left to fall woefully out of print, Vertical is re-releasing Paradise Kiss in omnibus format for three volumes total. Volumeone is in stores to buy today. The series is by Ai Yazawa, who manga readers may be more familiar with as the creator of NANA. Aside from its snazzy new cover, this edition has a new translation and color pages.

Paradise Kiss is about a young woman named Yukari who, while studying for her college exams, gets swept up in the world of fashion and romance when she’s ‘discovered’ by a group of model-seeking fashion designers who call themselves Paradise Kiss. 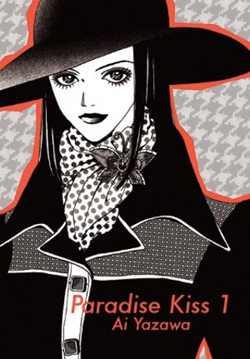 Bakuman. (Vol.15) strikes a good balance between focusing on the characters and their craft. The problem with newcomer, and idea crowd-sourcing, Nanamine comes to a climactic finish (for now), but not before he goes head to head against his idols, Mahiro and Takagi. While he struggles to find his place in this crazy, competitive world of manga-serialization, competition takes a backseat for the rest as they work together to reel in one of their own when Mr. Nakai goes on a drunken rampage. There are some great moments of introspection in this volume about the sacrifices made for your passion and the fears that unfold when your work suddenly becomes the target of blame for another’s actions.

One of Viz Media’s newer series is Jiu Jiu, which has its second volume hitting store shelves today. It continues the story of a young woman who attends high school with her loyal wolf guardians at her side, both conveniently in pretty-boy human form. While together they hunt and slay demons, the prospect of letting her two guard dogs loose at school seems to have a lot more potential for trouble. I haven’t read volume one yet, but I keep meaning to buy it. Volume two has served as a good reminder to do so!

Another blast-from-the-Tokyopop-past this week is Loveless, which returns from the very beginning with new 2-in-1 volumes from Viz Media. If this omnibus looks as good as volume nine did when they released it earlier this season, then it’s well worth a first time purchase or re-buy. Yun Kouga’s artwork looks great on the bright white paper and the new adaptation, plus re-cleaned artwork and lettering, make it a great way to revisit this almost-boys’ love classic. 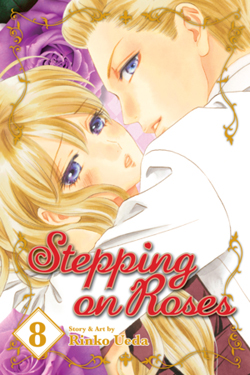 For some melodrama of a different kind, Viz Media offers up a new volume of Stepping on Roses. I’ve got plenty of bones to pick with this series but I can’t deny it has a certain trashy charm (that’s a compliment, I swear). In this eighth volume, Nozomu is still working to win over Sumi from Soichiro and this time he’s aiming to do so by literally buying the land out from under their feet. Will Sumi agree to marry him in exchange for their land back? Somehow I doubt it, but darn it, I’m morbidly curious to see how it plays out anyway!

Much more to my guilt-free liking is a new volume of Toriko. I was really disheartened to read recently that it’s selling poorly for Viz Media – what a shame! While I can’t say I’m especially surprised, because it’s so weird, I do hope those numbers turn around, or at the very least stay strong enough to keep this series coming out. In this twelfth book Toriko beats the odds a thousand times over by regaining his arm and everyone goes ga-ga for Komatsu’s successful recreation of the legendary Century Soup. There’s little time to bask in its glory though as Toriko asks Komatsu to accompany him on another life-threatening quest for the ultimate cuisine. While traversing the sky clouds and a world of perfect vegetables, Toriko tries to find the right time to propose to Komatsu – will the little chef that the world is after be Toriko’s exclusive partner in culinary delights? Say yes, Komatsu, say yes! …if you live long enough anyway. Yay food but these people are crazy (and I love them for it). 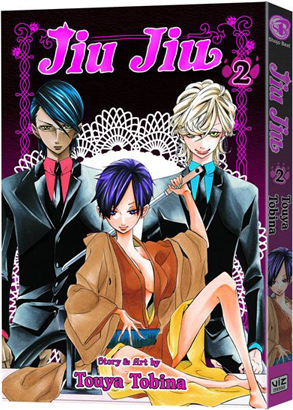