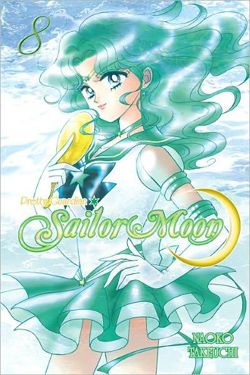 Remember last week when I said we’d be seeing some bigger release numbers when November hit? Well it’s November now so prepare for the goodies! Over two dozen new volumes of manga are out this week… or is it actually closer to fifty?! Read on to find out!

Kodansha Comics releases another pretty much guaranteed chart-topper with volume eight of Sailor Moon. The series hits the end of its current story arc as Sailor Saturn rises to bring ruin and rebirth to the entire universe. Needless to say she provides one of the largest hurdles yet for Sailor Moon and her guardians to survive, and that’s only after they fight to find a way to stop the aliens’ darkness that’s threatening to consume the world. It’s the Sailor guardian reunion fans have been waiting for, the characters have been fearing and the planet has been needing! Moon Crisis, Make-Up! (Sorry, couldn’t help myself…)

The magic continues elsewhere with their latest Negima, volume thirty-six. The series is reaching its end and these penultimate chapters are proving excellent climax material for the plot. This book is aptly sub-headed ‘Negi Vs. Fate’ as the spells continue to fly between the youthful magician, Negi, and the magus, Fate. Which caster will survive to weave a spell another day? And what revelations are in store for us all when that’s decided…? Only a couple volumes left to find out! 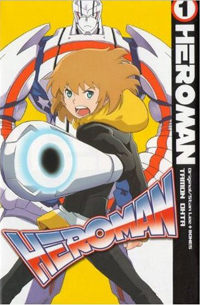 Vertical Inc is debuting a brand new series this week with the first volume of Heroman. Some readers may be familiar with the title because of its anime, which debuted not too long ago in Japan, and by the fact that it was written by the infamous Stan Lee. The lead of Heroman is a boy named Joseph Carter Jones who wishes he could own a new popular toy called the Heybo. While it’s luck, and a not so fortunate run-in with a bully, that eventually puts one in his hands, it’s a sudden lightning strike that changes everything when it transforms his newly named Heroman into a giant powerful robot. That’s one way to be the most popular kid at school, isn’t it? Or at least one way to save it.

Viz Media has a number of big hitters this week, notably the release of not one, but two manga box sets. First up of the two is a box set of Bisco Hatori’s Ouran High School Host Club. Collecting all eighteen volumes of the series in a convenient carrying case, this is the perfect (and affordable!) way to get the entire thing in one go. This is one of my personal favorites as far as manga series go, offering up plenty of hilarious moments and equally dramatic reveals to keep it interesting from start to finish. If you’ve only seen the anime and enjoyed it, then I highly recommend checking out its source material. It has a lot more material the anime covered and it’s wonderful watching the artist’s ability grow over the many years she worked on it. 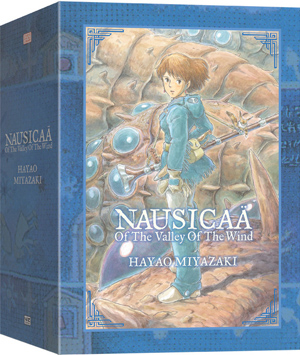 The second box set out out today gives an older and very beloved series another chance at the market – Nausicaä of the Valley of the Wind. This series – the source material for the anime film of the same name – was written and drawn by none other than Hayao Miyazaki himself. This gorgeously rendered series has been out of print for years, making this box set an all the more welcome sight to see and recommend. Nausicaä of the Valley of the Wind takes place in a post-apocalyptic future, telling the story of a young woman who becomes a pinnacle figure between two warring kingdoms as the world around them is threatened by environmental disaster. This box set collects all seven volumes of the manga.

It’s a hefty single volume week too with many more to choose from. Where to begin? Two more volumes of Bleach edge us closer and closer to the Japanese releases, while Blue Exorcist (Vol.08) gets us really close to being caught up as well. Then there’s the new volume of Claymore, a shonen series starring almost entirely armor-clad woman who are some of the toughest and scariest warriors you’ll ever read about. There is no shortage of awesome battle manga to read this week, that’s for sure. Like One Piece (Vol.65), Naruto (Vol. 59)… ah, the list keeps going!

A sight that hasn’t been seen in some time is a new volume of Neon Genesis Evangelion. This week we’ll get to read the thirteenth volume, almost two years since the previous was released. If the recent trailer releases for the third Evangelion movie have you with a mecha itch you can’t scratch, then allow Viz Media to help you out with an Evangelion fix in the meantime. 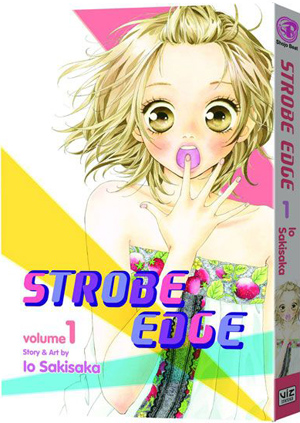 Viz Media also has a new series starting today, a brand new shoujo series – Strobe Edge. They keep the story sounding pretty ambiguous with the synopsis  – girl meets boy who all the girls love and discover what love truly is. The kicker comes when girl decides to pursue said boy even after discovering he already has a girlfriend. The outcome? I couldn’t say, but I do know there’s ten volumes so far to lay it all out for us.

Already nearing the end of its romantic run is We Were There. There’s only one volume left after this week’s release of volume fifteen. I’m a few volumes behind on this series but the new book is a perfect opportunity to get caught up. It’s one of those series that always manages a good gut punch of emotional overload so I tend to give it a little extra wait between books. If it falls a little too heavy for my heart to take this time around, I’ll ensure I have Kamisama Kiss (Vol. 11) on hand for a quick comedic recovery. Never hurts to be prepared! 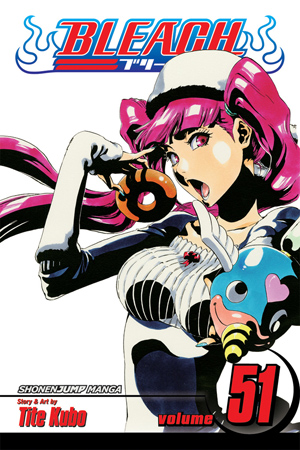