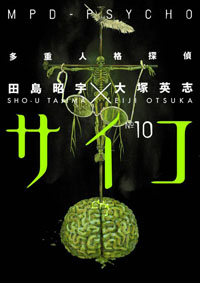 Happy You-Survived-Black-Friday week! I heard it got pretty crazy at some stores, but if you risked the mobs, I hope you found some shiny goodies. I was pleased to see online retailers offered sales of their own and I stocked up on a bunch of manga titles. With coupons and discounts still cycling through to prepare our wallets for the thinning season of Christmas, you can check out this week’s releases for some more great books to add to those carts.

It’s been over a year since we last saw a new volume of it but this week Dark Horse releases volume ten of MPD Psycho. I’ll need to go back and revisit the past few books to get back up to speed but the one thing I’ll never need reminding of is how delightfully twisted and warped this series is. In this volume, Tetora Nishizono embarks on a suicidal mission to kill Japan’s political leaders with the series’ lead, Yosuke Kobayashi—a detective with multiple personalities—very, very close by.

Fans of darker themed manga will also enjoy Digital Manga’s sole release this week, Vampire Hunter D (Vol.06). A young woman has been kidnapped and a band of individuals have been hired to retrieve her. With those in the group unable to even trust themselves, it’s unlikely they’ll survive the no-man’s-land, Outer Frontier. Their only hope of survival could be the enigmatic D, whether they want to accept the dhampyr’s help or not. 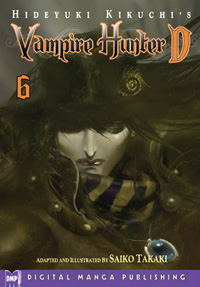 Two new series are beginning from Kodansha Comics and both are related to series they’ve just recently finished. Shugo Chara-chan is a spin-off series of Shugo Chara where Amu’s guardians get a series all their own. The stories are cute little adventures told in 4-koma (4 panel) strip format. At Full Moon is a sequel to Until the Full Moon and follows the life of Marlo and David prior to their wedding. Kodansha Comics’ synopsis for this new series may be confusing for readers as it refers to the couple as still being merely engaged. Rest assured fans, the vampire and werewolf are still (happily?) married when At Full Moon begins!

Continuing one of their most lengthy series, The Wallflower (Vol. 27) resumes the story of a group of pretty boys determined to give an anti-social introvert a complete overhaul in order to uphold their end of a bargain. While they succeeded at making her a visual beauty early on, they’re still not having much luck completing turning her into a ‘proper lady’. That hasn’t stopped them from trying, though (and lying about it in the meantime to keep their living arrangements affordable!). 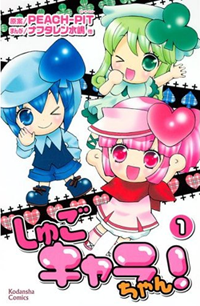 My most anticipated but also most dreaded release of the week—if not the entire year—is Black Jack (Vol.17). It’s the final volume of Osamu Tezuka’s medical story starring the brilliantly talented Black Jack and his unpredictable motives. Each book in the series was designed by Vertical in different colors but this one takes the cake with a full-blown rainbow. Along with the extra eye-catching cover work, this book contains the last publishable Black Jack stories and a list of all the chapters in the order they were originally drawn by Tezuka for a different kind of re-reading experience. It’ll be really sad to see this series come to an end! 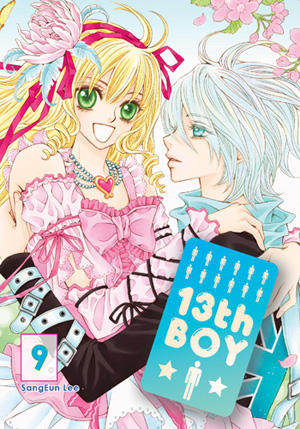 From Yen Press, the cactus is back! This week’s 13th Boy (Vol. 09) sees Hee-So reunited with her dear friend, Beatrice the magical cactus. If you haven’t read 13th Boy before, then I hope that mini synopsis alone is enough to encourage you to try this fun and energetic shoujo story. When Hee-So is delivered an emotional blow from her crush, Won-Jun, she’s finally prompted to step back and see who’s really been there for her when things are tough. Can she find comfort in the arms of a cactus in pretty boy form?