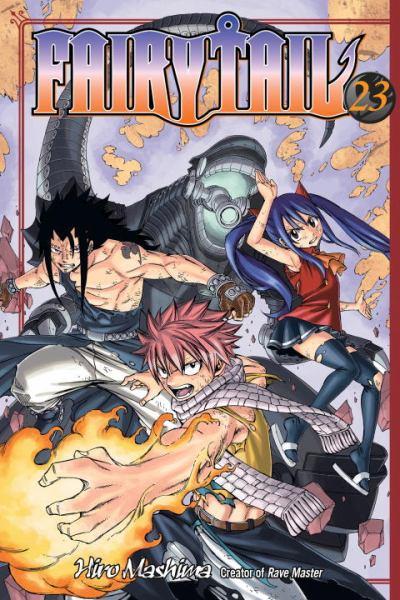 January went out like a sheep but February is coming in like a lion. An extra-long list of titles deserves an extra-long installment of On The Shelf, so let’s get started on my look at some of the over two dozen books out this week!

Kodansha Comics starts us off with Fairy Tail (Vol.23) where the story’s three dragon slayers go up against a beast unlike those they’ve faced before. With a mechanical body and a magic proof outer layer, this dragon needs more than the classic sword, shield and fireball to take it down.

Miles Edgeworth is solving problems a little more down to earth in his titular series.  In this fourth volume,  Edgeworth is trapped in the mountains and forced to stay at a creepy hotel where the inhabitants fear there’s more going on than a recent strange fire. They say that an ogre is terrorizing them, and with no way to get off the mountain, Edgeworth needs to prove that the monster is nothing but superstition or deal with what it means if he’s wrong.

There’s no question about magic being real or not in Negima! though. Negima! (Vol.37) is only one volume away from the last book, but the characters are already in clean-up mode after the great war. The battle might be done, but their world still isn’t safe and it’s unraveling at the seams. While Negi and the girls all work together to fix a broken world, there remains the matter of mending some broken hearts. Who knew that a series about a ten-year-old teaching a group of teenagers would lead to so much drama? Ken Akamatsu, that’s who!

Then, Sailor Moon gives every character their own time to shine in this extra thick ninth volume. The Dead Moon Circus is increasing its hold on the city and all the Sailor Soldiers need to discover the power within them to hold their own against this enemy. First, however, Usagi and Chibi-Usa need to find a way to change their bodies back to normal after an age-swap and seek out the identity of the mysterious Pegasus who has been coming to Chibi-Usa in her dreams. Any week with Sailor Moon released is always a no-brainer for my top-pick—sorry, every-other-volume-of-everything-else, I love you all but Sailor Moon just owns that special place in my heart.

Seven Seas wins for title with the longest name this week with Alice in the Country of Joker: Circus & Liars Game (Vol.01). This series begins another spin-off story of the original Alice in the Country of Hearts, in which young Alice Liddell traverses the different countries of Wonderland with an assortment of colorful characters at her side—the majority of whom are all attractive young men out to win her heart, no matter what. Now in the country of Joker, Alice needs to team-up with friends she’s made in countries-past and solve the mysteries of the circus she finds there, along with going up against the Jokers themselves. 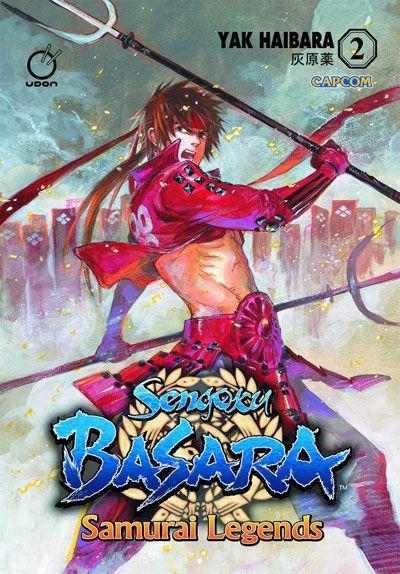 UDON Entertainment is releasing the second volume of Sengoku Basara: Samurai Legends, bringing this video game adaptation to a close. Based on Japanese historical events, but with beefed up powers and snazzy designs, this book sees the climax of an all-out war between the clans to see who remains standing when the final banner falls.

A different war continues in GTO: 14 Days in Shonan (Vol.07). Onizuka finally thought he had things under control with the teenagers he’d been helping in his hometown of Shonan. It looks like his past was waiting for just such an opportunity though, because now it’s sneaking up on him with a nasty vengeance. Two old students have found him here and a slip-up by Onizuka might be all it takes to turn some old relationships bad and his present day worse. I always feel bad for Onizuka, because I love him as a character but he never shines brighter than when things are at their worst… so bring on the bad, GTO, because we wanna see it!

Then it’s time for a tidal wave of Viz as their first shipment of the month continues to bury our shelves and bust our wallets! It’s also never been easier to find information on their titles since the company revamped their website. If you haven’t already, stop by the shiny new Viz.com and take a look around. Then onto the books!

In Ai Ore (Vol.08), Mizuki is left with little other option but to move in with Akira when she loses both her home and guitar in a fire. Now in need of money, Mizuki gets a part-time job but she isn’t confident that Akira is going to be okay with what it is. In Dawn of the Arcana, a different set of secrets could tear the closest of companions apart as Princess Nakaba’s Arcana ability reveals more than she wanted to know about her protector and lifelong friend, Loki.

Bleach (Vol.55) marks the beginning of a new story arc for Ichigo and co. as the Full Bring struggles are now behind them. With eyes back in Soul Society, everyone is starting to realize that people are going missing. Not good! While I’m worried about what characters we may lose to this new threat, I can’t say that I’ll miss the Full Bring characters. That arc was just weird, and not especially interesting either. To each their own I suppose, right?

Kamisama Kiss (Vol.12) returns focus to characters we haven’t seen in the spotlight for some time. The swamp ayakashi, Himemiko, has been happily dating her sweetheart Kotaro for some time now, but she’s still kept the secret of her identity from him. When all sorts of magical mayhem starts brewing around them, can she really get away with hiding the truth? Somehow I doubt that, but I’m happy for that if the Mikage Shrine crew are involved, because then you know we’re in for some entertaining trouble.

Speaking of trouble (and make it double…?), in Pokémon Adventures Platinum (Vol.07), Team Galactic is preparing to bomb the three lakes that house the sleeping legendary Pokémon of that region. Diamond, Pearl and Platinum are determined to stop them but they and their Pokemon may not be enough to take on Team Galactic’s top commanders. Fortunately it looks like one of their own may have a trick up their sleeve, however, it’s a surprise to everyone who it ends up being.

Meanwhile, tensions are running high in Skip Beat (Vol.30). Ren is scheduled to ‘fight’ new cast mate, Murasame, in their upcoming shoot, but with Murasame constantly trying to become King of what he sees as his new castle, Ren isn’t sure if this fake fight is going to stay entirely civil. Frankly, I wish we could see more of those frayed nerves in Stepping on Roses, where nine volumes in and I can’t believe Nozomu is still fighting for Sumi. Honestly, I don’t really want anyone in this series to be happy—they’re all kind of unlikable in their own very special ways. And yet… still reading. Ah, the hook of the trashy romance.

In Tegami Bachi (Vol.12), the Letter Bees have formed an army to fend off the Gaichuu Cabernet. I never thought when I started reading this series that I’d one day be typing about the Letter Bees fighting a war, but it’s definitely been a wild ride getting here, and a beautiful one at that. The full reveal of Gauche Suede’s past though, which puts a dark spin on the hero worship young Lag has for him, is still the most difficult thing of all to swallow a dozen volumes in. 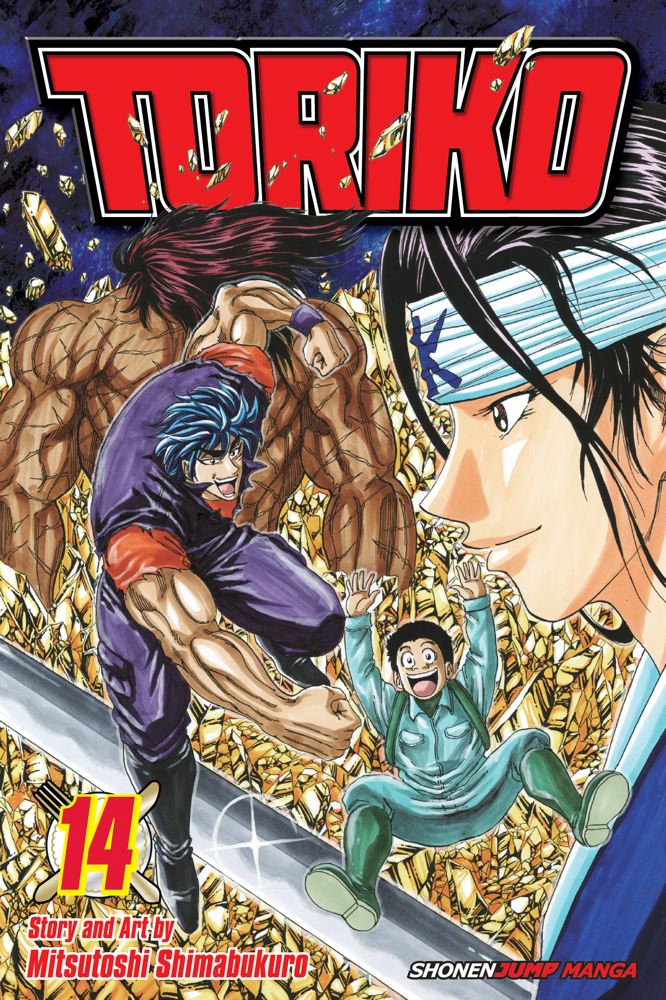 And last up in my what-am-I-going-to-talk-about-this-week is Toriko (Vol.14)! Now that Toriko and Komatsu are official partners as hunter and chef, it’s time to work on ensuring they’ve got the right tools at their disposal. Toriko’s own unique fork and knife may be built in, but Komatsu’s recently lost his best kitchen blade. Together they’ve traversed a mountain to find a legendary cutler to fix Komatsu’s knife, but before he can do it, he needs a special whetstone that you can only find in one of the world’s deepest caves, guarded by some of the world’s more fearsome creatures. That just figures, right?