If you’re reading this, I can assume it means you’ve survived the holiday travels (if you had them), the family gatherings (if you fear them) and the Boxing Day madness (if you dared them). I hope everyone had a good and relaxing time! This is also the last On The Shelf article of 2011 so I’ll see you again in 2012—happy new year!

The holiday season still has some steam left in it so this is another pretty light week for releases. While there are still some big temptations for purchases, at least it’s a little reprieve for our holiday-stretched wallets. 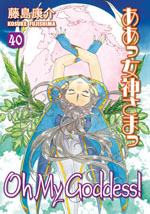 Dark Horse ends their 2011 manga calendar by turning back the clock in Gantz (Vol.20). Kei has suddenly lost all memories of the aliens, death and violence that has recently encompassed his life. While Kei tries to go back to a normal life, the tables have turned and now remnants of his past are haunting him. With the series so far in, it’ll be interesting to see it pull everything back to the beginning—so to speak. It’ll be like a fresh start but without losing any of the momentum Gantz has worked up. Readers know it’s been one heck of a ride so far and nothing you’d want to see go to waste.

Also switching things up a bit is Oh My Goddess (Vol.40). Even with 39 volumes of the series leading up to it, I was surprised to read that in this volume Keiichi is going down into Hell itself. Teaming up with Belldandy, Urd and Skuld to serve readers more than fun fan-service and comedy, the team must work together to defeat the bad guys and survive the trip back. Only two volumes left after this until the series’ end! 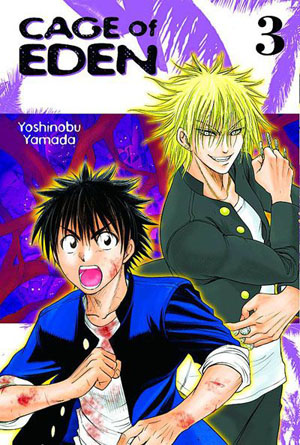 There’s some dark stuff from Dark Horse already this week and Kodansha Comics’ is serving up plenty of complementary content. Between hacking, blackmail and dying kidnapped sisters in Bloody Monday and struggling between friend and foe while stranded on an island running from dinosaurs in Cage of Eden, I’m actually most looking forward to something more on the lighthearted side. We are nestled in the holiday season after all, right? Tokyo Mew Mew should offer just that, a second double-dose omnibus of magical girls, cute outfits and bizarre attack names. With the lead characters already introduced and the bad-guys on the move, I’m looking forward to seeing how the plot moves forward with a fetch quest to begin and a slew of new alien-possessed animals to save.

My go-to series for eye-candy this week, however, is Air Gear (Vol.21). What’s going on and who’s going where and why they’re doing what isn’t as coherent as we’d like, but at least it always looks awesome! The character and clothing designs always wow me, especially seeing how polished Air Gear looks compared to my recent re-reads of Oh!Great’s Tenjo Tenge.