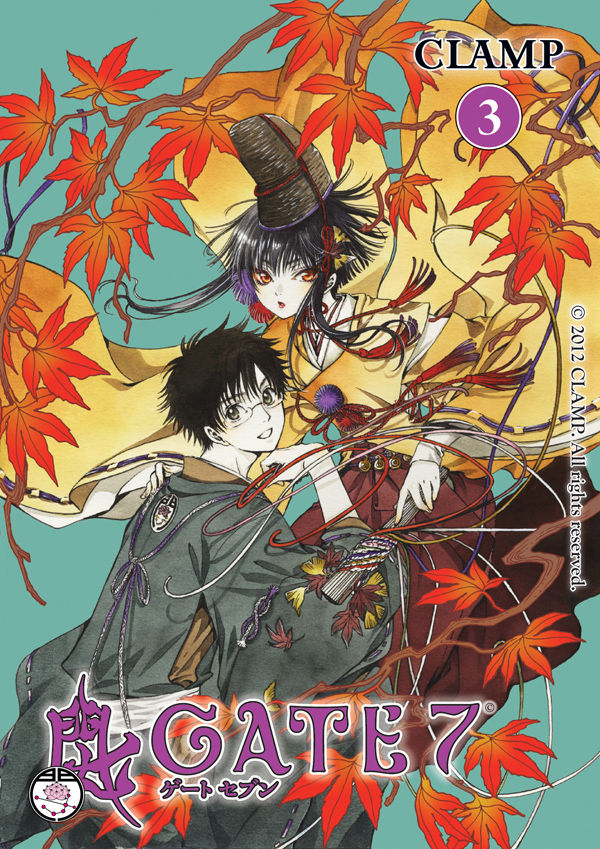 Any week with a new CLAMP title is a good week by my standards, even for Gate 7 which has fallen a bit beneath my expectations. The story’s kind of a mess in that it hasn’t really framed itself an actual linear plot yet, but the characters at least have been a lot of fun. And the artwork? Well, this is CLAMP after all so I’d keep buying Gate 7 for that alone. Dark Horse releases the third volume this week, and as before, it’s coming out just a few months after its original release in Japan.

Also action-packed but in a completely different, more violent and a more screw-with-your-mind sort of way is a new volume of Gantz. In this twenty-fourth book, the war rages on as the Tokyo and Osaka teams are forced to work together in order to defeat the shape-shifting mega-boss currently kicking their butts. Unfortunately it looks likely that even the two together aren’t going to be much of a match. Enter an alien fighter named Hachira Oka who is apparently quite awesome. With a series like Gantz, though, I’m rather partial to believing he may get his behind handed to him as well. But someone should survive this… right?

Digital Manga Publishing may be best known for their boys’ love but two of my favorite titles from them are actually two shonen series that have regrettably gone rather unnoticed within their mecha library of niche material. Out this week are the third volumes of both Countdown 7 Days and Replica. Both titles are by the same creator, Karakara Kemuri, whose works are worth buying for art gazing alone.

In Countdown 7 Days, Hanasuke still has his hands full coming to terms with the idea he may never be able to come back to life. Dealing with the frustratingly apathetic Mitamura, who initially got him into this situation, is still managing to be even more stressful than that. The last volume ended on a creepy note – sure you’ve got a growing cast of phenomenally designed baddies and a brewing afterlife school conspiracy, but a Mitamura stalker photo room? Now that’s something you don’t forget. Meanwhile, in Replica, doll-like Kal and sword-wielding rouge Manji continue their unlikely partnership. They fight and fall together in this gothic world of Alice in Wonderland themed enemies and plots that can be as deadly as they are trippy. These are both the penultimate volumes of their respective series. Both are coming to end with their fourth volumes, due out in 2013.

Also out from DMP are two new boys’ love books – the first volume of an on-going series, I’ve Seen It All and a one-shot, Man I Picked Up. Offering some counterbalance to the male-centric is the ninth volume of Itazura na Kiss where Kotoko teeters dangerously close to failing in her schooling attempts to be a nurse. We’re not surprised, of course, but still hopelessly attached to finding out what will come of it next. 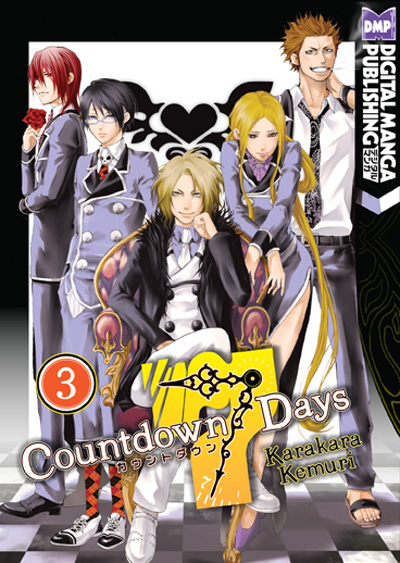 Much to my excitement, Viz Media has a new volume of Ikigami: The Ultimate Limit. I had feared for a long while had been cancelled. If you haven’t already checked this series out, I highly recommend doing so. It’s a chilling story in that it plays out so realistically and paints a horrifying picture of a world where individuals are fated to die by random lottery in the form of pills they’re given as children. The government’s goal with the program is to teach society to better value life and thus be more productive members of it. The lead character of Ikigami is an individual who delivers the notices of death to their recipients a mere 24 hours before the ticking time bomb in their chest goes off. While most stories have been episodic in nature, there’s been an on-going thread where the lead character begins to question the validity of this system. I’m really eager to see where this road of thought leads him.

Also out from Viz Media this week is a new omnibus volume of Oh!Great’s Tenjo Tenge and a new volume of the masterfully gross and equally engrossing Dorohedoro. Where else are you going to read a story about a situational cross-dressing man with a spiky lizard head infiltrating a crime lord’s mansion by pretending to be the participant of a meat pie contest? … that’s what I thought. 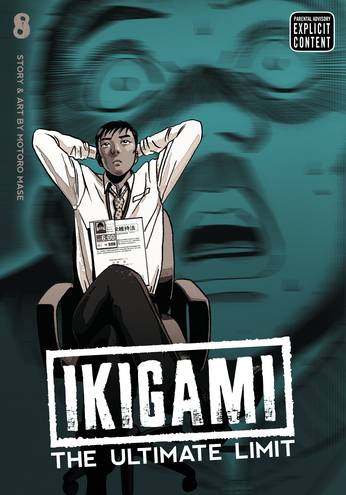 Yen Press takes home the gold for title count, pushing out a large assortment of fan-favorites. Betrayal Knows My Name is the page count behemoth of the collection, clocking in at 350+ pages. The battle of pretty-boy faction versus pretty-boy faction continues!

Next up is Bunny Drop (Vol.06), where the story of Rin’s teenage life continues after the time skip that began with volume five. While the previous volume got us marginally up to speed on her and Daikichi’s current life, this one focuses a lot on Kouki, his relationship with Rin and the different teenage love-and-angst issues they’ve gone through over the past decade. I don’t find this part of the series nearly as interesting as when we followed Daikichi learning how to care for the young Rin, but Yumi Unita is a great storyteller so even this seemingly benign period of Rin’s (love) life is intriguing and well written.

There’s not one, but two, Haruhi Suzumiya books out this week. The Melancholy of Haruhi Suzumiya (Vol.13) continues the main story as the SOS Brigade puts their noses to the grindstone to complete their literature newsletter. What kind of stories will they all be made to write by the curious Haruhi? After that it’s haunted mansions, seasonal traditions and a little bit of space-time pretzeling for good measure! Then it’s the start of a new series with Disappearance of Nagato Yuki-Chan (Vol.01). This spin-off follows Nagato as the shy president of their school’s literature club who finds her meek demeanor put to the test when around the only boy in their quaintly sized club.

Another book I couldn’t wait to get my hands on this week was Puella Magi Madoka Magica (Vol.02). I haven’t watched the anime so this is all new to me and boy is it something to behold, especially here in this volume. The first book already had its big shocker moment (your typical magical girl series, this is not) but this second volume really takes it further with more dire consequences for the girls and further explanation of what circumstances they’ve gotten themselves into. With Madoka still on the fence about actually becoming a magical girl (and who can blame her!?), it’s really going to be something when she finally gives in. After all, she was on the first volume cover all pretty in pink and ready to fight, we assume.