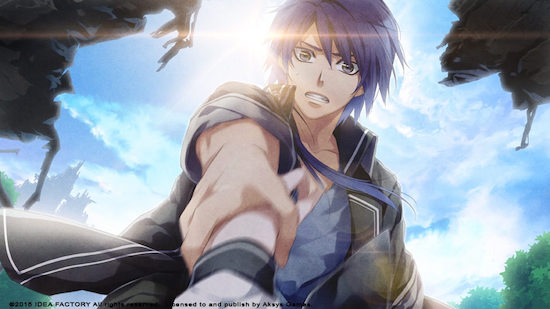 The future is now. Or maybe it comes later. Either way, it’s definitely not in the past… Or is it? Perceptions of time and reality grow muddled in the tangled sci-fi yarn woven in the latest otome visual novel published by Aksys Games, Norn9: Var Commons. What was once a PlayStation Portable game exclusive to Japan has not only been ported and enhanced for the Vita platform but localized for English-speaking audiences, mirroring the traversal of space and seasons to be found within. So then, is it a journey worth venturing, or would one be better served arranging alternate plans?

Even the most fantastical odyssey may begin with a decidedly mundane step, and such is the experience of Sorata Suzuhara, a bratty twelve-year-old boy reluctantly attending a school field trip to the National Diet Building, Japan’s house of legislature. It’s not that Sorata is adverse to learning—quite the opposite, in fact. As a child genius, Sorata finds the material presented by his educators anything but stimulating and the fancies of his peers even less so. But what does capture his interest is a mysterious melody, unheard by all others present, that begins to waft through the assembly room. While he is normally one to reject all not rooted in scientific fact, he can barely begin to question the implausibility of this scenario before he loses his bearings.

When he comes to, Sorata finds himself in a bustling city street, one he has never laid eyes upon before. A piercing chill sweeps over his limbs that is quelled through the aid of a kind passerby, but this peculiar pink-haired girl shares an unbelievable piece of information that leaves Sorata numb in another fashion—he is in Taisho era Japan, nearly one hundred years prior to his and our present day! To say that Sorata has lost his way would be an understatement, so he opts to tag along with the girl as she embarks upon her own voyage. Expecting a stroll to the nearest harbor, Sorata is mystified as she races toward an open field to board her ship and downright floored when a hulking, spherical aircraft descends. How could such a machine exist, let alone in the Taisho period? This must be a dream, right? 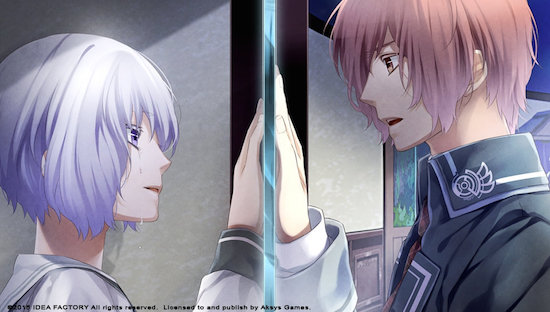 Sorata clings to this assumption as the impossibilities compound. He meets the other passengers of the good ship Norn, eleven Japanese teens and young adults who claim to be espers, each with a unique supernatural power. Said espers have been summoned by an all-powerful entity known as The World, which functions in a manner vaguely akin to the United Nations, to perform as peace emissaries. Where specifically are they going? What tasks are they to perform? And why does the Norn, though like a self-contained village, complete with fields and groves, possess accommodations for only nine guests? These are pertinent questions, but they fall by the wayside as the Norn comes under attack by an unknown assailant.

And so too does Sorata fall by the wayside as the player is prompted to select one of the three female espers as the game’s heroine. After the prologue concludes, we switch from Sorata’s perspective to that of cheerful, naive Koharu, the ladylike-yet-haughty Mikoto, or Nanami, a stoic, kunai-toting kunoichi. Here we can already see how Norn9 distinguishes itself from other otome titles. From opening with a male protagonist to providing more than one heroine, Norn9 breaks the widely-accepted “rules” of the genre with refreshing results and, in doing so, adds a nuance of realism lacking in others. With three distinct heroines, fully voiced, no less, the pool of love interests is divided equally. Only three potential suitors are available to each, so two-thirds of the men will never fall in love with a particular girl. This mitigates the genre’s usual sense that a heroine is the center of a game’s universe, with every man existing purely for the sake of falling head over heels for the leading lady.

Some players may lament the inability to mix and match as one pleases, especially considering it’s not immediately apparent which love interests are available to each heroine, but Norn9 eases the pain through a short common route before selecting one’s target manually. Furthermore, the developers were even so kind as to indicate which are best pursued first, alleviating the age-old dilemma of determining which order is ideal. Once settled snugly into a route, the mechanics of progression are standard fare, with a single affection parameter, though timed choices keep the player on his or her toes. A wide variety of collectibles can be obtained mid-route or purchased in the Norn Store, but those who loathe micro-transactions, worry not, as the currency is earned via the main game or in Norn Quest, a cute retro-style mini-game. 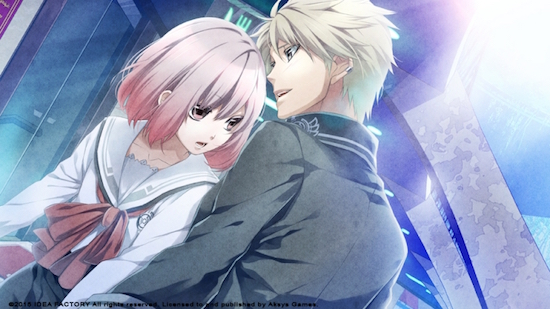 On that point, the presentation of Norn9 as a whole is quite pleasing. The excellent animated sprites by character designer Teita, known for contributing to an assortment of otome franchises, employ a muted, watercolor-like palette, which begets an airy, ethereal quality fitting for a skyward expedition. This is in stark contrast with the backgrounds and their sharp, saturated colors, emphasizing the futuristic nature of the Norn ship. This juxtaposition of the classical and modern is repeated in the score, which deftly combines elements of orchestral and electronic music. However, the greatest selling point in the audio department is surely the main theme composed by Nobuo Uematsu of Final Fantasy fame.

The one flaw that mars the player’s experience is the frequency in which typos crop up. One has to wonder if Norn9 got the short end of the quality assurance stick with the close release proximity to Code: Realize ~Guardian of Rebirth~ (pick up the April 2016 issue of Otaku USA magazine for our review!), another otome visual novel from Aksys Games. That said, the occasional slipup is easy enough to set aside once immersed in the intriguing plot, and there is no better time than now to dig into Norn9, as an anime adaptation is streaming this winter. To discover the answers to the many mysteries of Norn9, and perhaps love in the process, one need only seek what lies beyond the clouds. 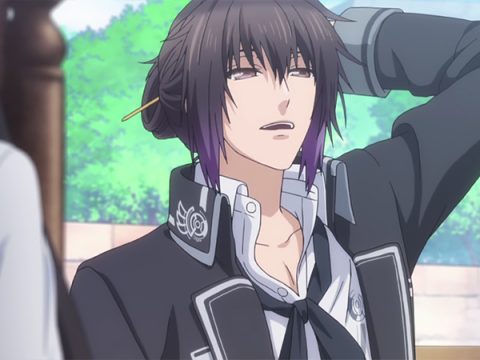 Explore the Mystery of the Norn9 Anime on Home Video