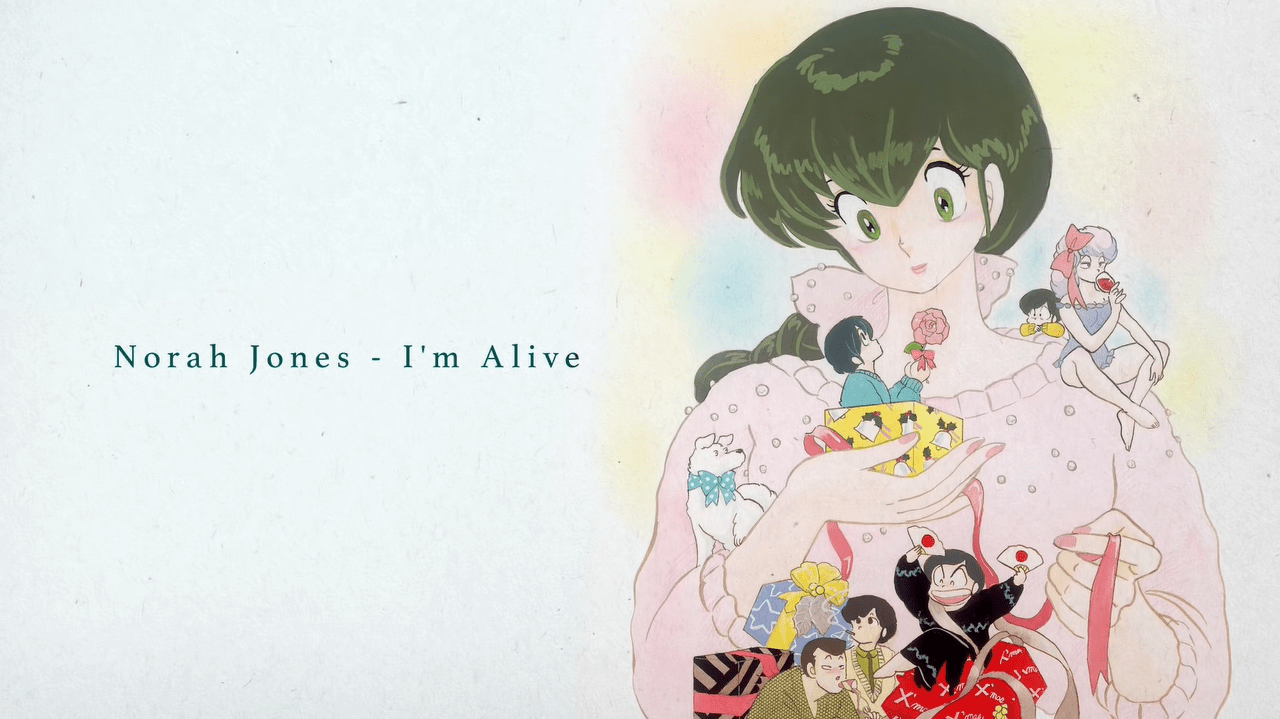 Norah Jones is releasing a digital deluxe version of her album Pick Me Up Off the Floor, and she’s teamed up with mangaka Rumiko Takahashi for a new music video for her song “I’m Alive.”

“We’re all human, and we experience many things in life, the good times and the bad,” Jones said about the song. “That’s what ‘living’ is all about. Even if there may be dark patches, it isn’t the end of the world; I think it’s the feeling of yearning for human connection.”

It’s also meant to be a reflection of finding joy in the midst of a pandemic. In wanting to reach a larger viewership in Japan with this song, the video is entirely made up of art from Takahashi’s 80s manga Maison Ikkoku, some of it animated.

“It has a very nice atmosphere,” Takahashi said. “It’s very nostalgic to me on a personal level. Also, it is a great honor to collaborate with Norah Jones.”

What do you think of the video?