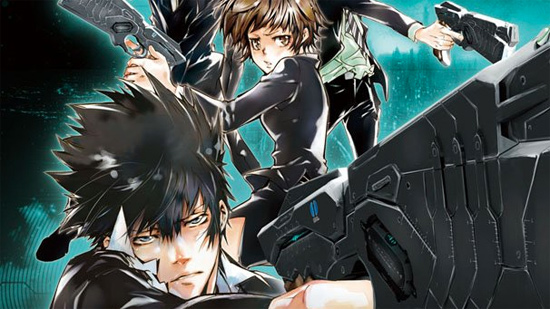 Next year will mark the tenth anniversary of Noitamina, Fuji TV’s late-night anime block devoted to anime that reaches beyond the anime mainstream. Leading up to that significant date, Noitamina’s been publishing weekly interviews on their site with creators who’ve worked on some of the block’s most significant productions.

We’ve decided to knock our head against the Japanese until some semblance of meaning comes out and share the gist of some of these interviews. And there’s probably no better place to start than a chat with Psycho-Pass director, storyboarder and animator Naoyoshi Shiotani, whose other credits include Blood+ and Blood-C: The Last Dark. 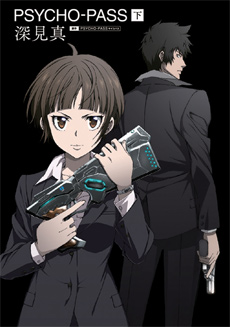 “We figured, it’s Noitamina, so if we don’t do something unique, what’s the point?” says Shiotani regarding the show’s origins. Chief director Katsuyuki Motohiro was an especially big asset in that regard, as his background is in live action film, as was writer Gen Urobuchi (Madoka Magica) who brought his unique experience and opinions into the fold.

Shiotani revealed some other interesting production points about the opening and ending themes. The staff was having a lot of trouble coming up with an opening that really fit the series until someone passed along some music by Ling Tosite Sigure, who ended up doing the opening. Egoist, who did the ending theme, had debuted on Noitamina previously with Guilty Crown. Says the interviewer, “you could almost say they grew up on Noitamina.”

Shiotani mentions that they had Egoist do three versions of the ending theme they could swap out based on how the episode ended.

Prior to working on his own series for Noitamina, what series from the block left an impression on Shiotani? He mentions Honey and Clover, the first Noitamina show, which really “set the framework” for shows to come. He was also hugely impressed by Nodame Cantabile, Ayakashi, and Hakaba Kitaro, but especially Eden of the East and Tokyo Magnitude 8.0, because they were original works not based on a manga or novel.

For Shiotani, one of the most exciting (and nerve-racking) parts about working on a Noitamina show were weekly screenings of new episodes at the Noitamina Shop and Cafe in Tokyo.

“Sure, these days you can see fans’ reactions on blogs and Twitter,” says Shiodani, “but actually watching your show with viewers is pretty rare… Seeing the fans’ high expectations in person really increased our motivation.” 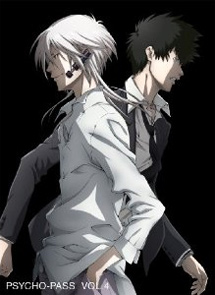 Recently a second season of Psycho-Pass and a movie for 2015 were announced. Asked for his thoughts on these new productions, Shiotani mentions he thinks they’re going to be tougher to make than the original first season. Why, asks the interviewer, because they’re being made at the same time?

“No,” says Shiotani, “it’s more about the show’s inflexibility.” In other words, once they feel like they’ve nailed down a problem with the story, more pop up. Keeping everything consistent is one of the big challenges of an original sci-fi work, he explains, and those issues pile up when you keep adding to the mythology.

As for what Shiotani would like to try after Psycho-Pass? Maybe something about kids, in the vein of the augmented reality show Denno Coil.

“That might be a nice change. After all, the average age of the characters in Psycho-Pass is quite high,” he laughs.

Excerpts from the interview translated from Japanese by the author.